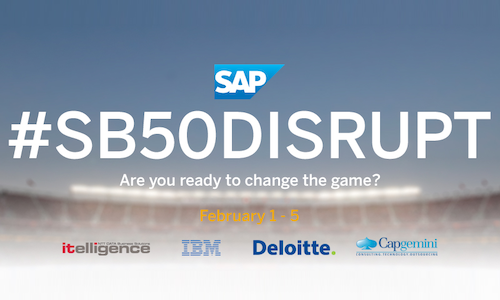 Live-streaming video is an innovative way to reach your audience. Super Bowl 50 was held February 7, 2016 at Levi Stadium in Santa Clara, CA. The pre-party took place up in San Francisco in Super Bowl City January 30 - February 7. This free-to-the-public village had family-friendly activities for fans of all ages to celebrate the milestone of Super Bowl 50. We set up a live-streaming video studio within the village, in the Fan Energy Zone, to build awareness that SAP and our partners are collaborative leaders in the digital transformation of businesses. Our goals included:

-Raise awareness of the SAP brand

-Engage with people before, during and after the event

-Utilize live-streaming video on an emerging beta platform (Blab), which was not widely adopted by enterprises, to tell and amplify the SAP story (NOTE: Facebook Live was not yet available).

-Create compelling and engaging content that touches on the latest industry-shaping insights from experts, customers, partners, analysts and thought leaders

-Focus show content on the future of business and how companies can digitally transform.

No agency was used for this campaign. One person within SAP came up with the idea. During the week leading up to Super Bowl 50 (February 1-5), this person wanted to use social media in a new way. And live-streaming technology was just emerging. The idea was to live-stream engaging content from Super Bowl City to build awareness about the SAP brand. But this person had no budget.

This person networked internally, gathered stakeholder approval, assembled a team to help, and secured a small budget by collaborating with SAP partners Capgemini, Deloitte, IBM, and itelligence, along with the SAP Digital team. Each partner sponsored a specific day and received four, one hour shows. To round out the broadcast team, two social media influencers, Daniel Newman and Brian Fanzo, were brought in to co-host the event.

The team chose to live-stream with the Blab platform (NOTE: Facebook Live was not available). They had previously used this new technology through a sponsorship of a weekly show, #CloudTalk and liked the community engagement. The platform had a "holding room" for each show that people could sign-in to and receive an alert when the show went live. We could also promote the link for each show. The user interface allowed up to four people to participate in the live video discussion (without the need for any other software). And the live engagement with the audience included integration with Twitter as well as comments in the Blab platform.

The team created the hashtag #SB50Disrupt. The budget was shoestring and the production scrappy with laptops, cellphones, GoPros, audio mixers and two Ethernet cables but they created a small studio outside in the elements. Only the co-hosts and producer were live in Super Bowl City. All other participants were located around the world but connected through the blab platform. The SAP Sponsorship team created a #SB50Disrupt landing page to highlight the schedule, and to provide links to the live shows and replays. Each partner created unique landing pages to funnel Call to Actions (CTAs) that were announced live during each show and placed in the comments section of the blab platform. Over the five days, the ensemble live-streamed twenty hours of content using Blab and Periscope and promoted the event on Facebook, Twitter and Instagram.

The SB50Disrupt campaign shows the power of one. How one person in a large enterprise can find their voice, think outside the box and bring a whole team of people together to create something unique and authentic. #SB50Disrupt was the second highest trending hashtag leading up to the big game -- just behind #SB50 itself. It garnered 2,097 users, 5,817 posts, 14 million reach, 79 million impressions. There were more than 8,400 live Blab viewers during #SB50Disrupt. And most of these viewers stayed for the entire duration of each one hour show and actively engaged with the co-hosts and each other. Using the Blab platform was an incredible success. This grass roots campaign was all organic and did not incorporate paid social media or paid search. We simply challenged ourselves to push the limits of innovation by using an emerging platform to engage with our audience and build awareness about the SAP brand. 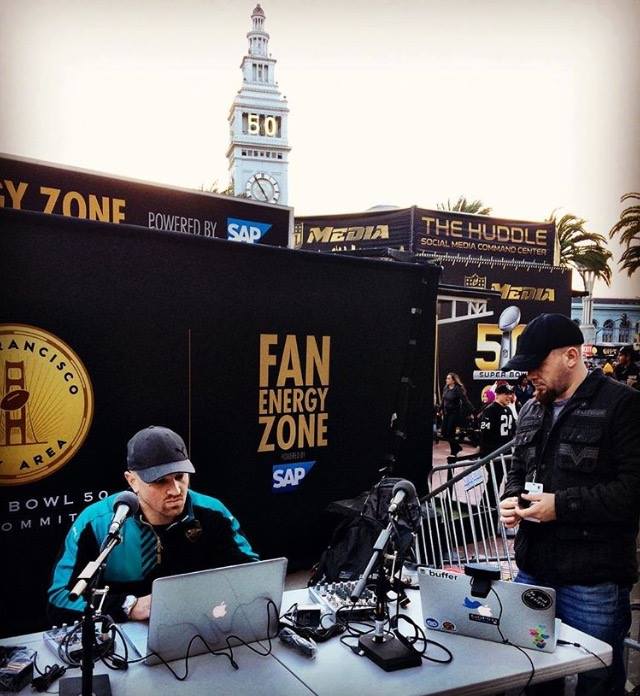 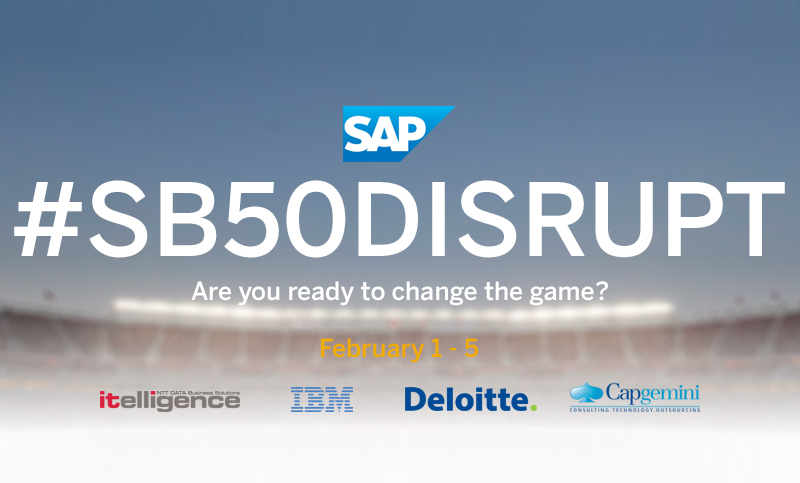 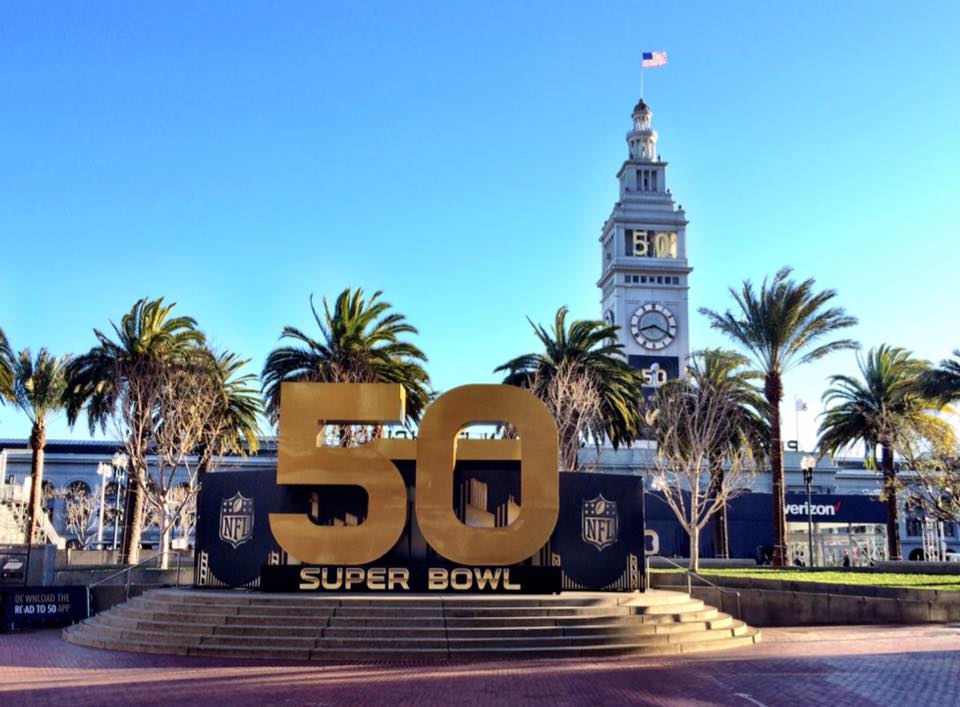 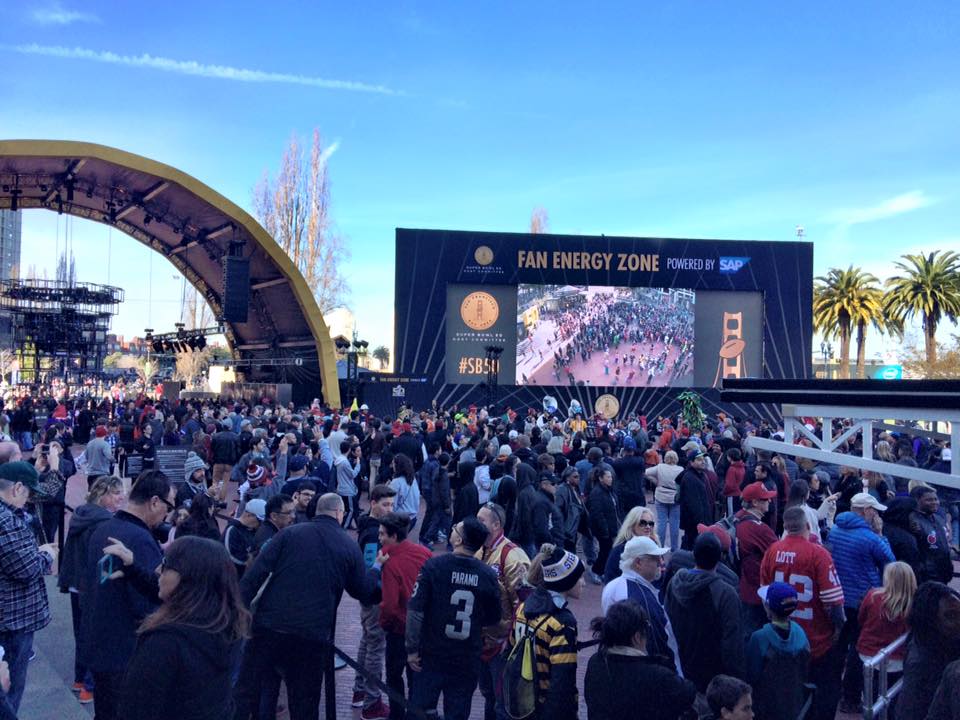 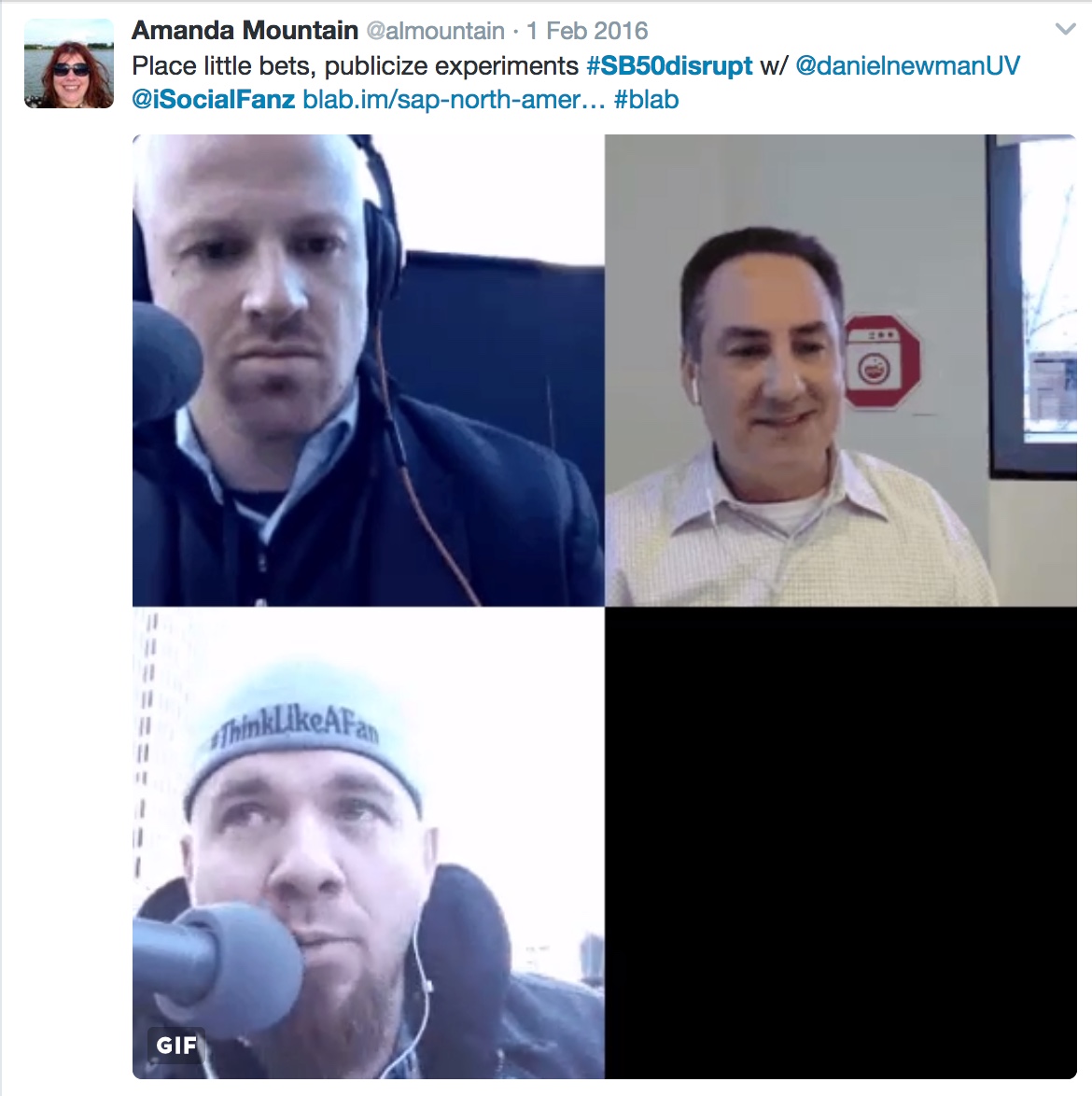 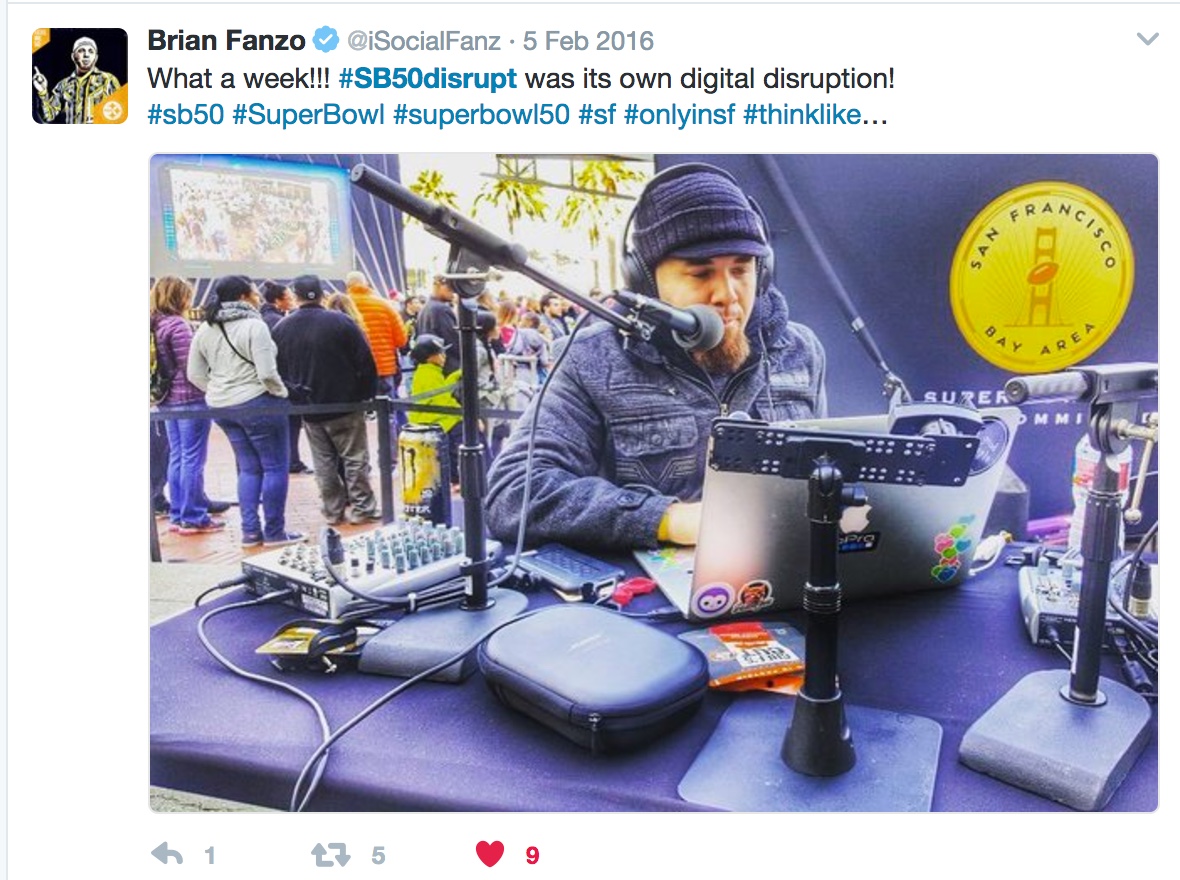