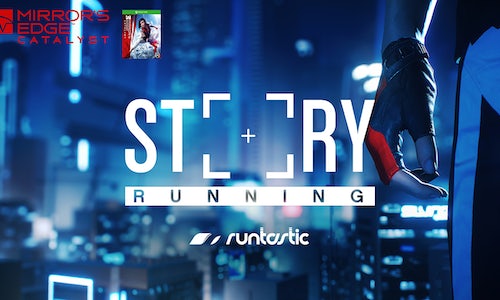 In June 2016, Electronic Arts launched its brand new action-adventure platform video game "Mirror's Edge Catalyst". In the game, the player takes control of the main character, Faith Connors, and has to tackle different kinds of challenges and missions as a runner. Besides the usual game release campaign, EA was open to explore new ways to include mobile campaign solutions. At the same time, Runtastic was ready for partners to collaborate with on a campaign with their innovative feature "Story Running" and was looking to push the feature to a new level of user engagement.

The challenge: The feature had huge potential, but hadn't yet received enough attention. Story Running brought newness to the sport – it made running more entertaining, exciting and motivating. It served as a tool for increasing user engagement and retention for the Runtastic app. Still, not enough people were seeing and using the feature. Runtastic therefore ceased the opportunity and partnered up with EA.

The goal: 1) Create an innovative approach on how to connect a video game to real-world physical activity via Story Running that engages with the consumer and drives excitement about the feature. 2) Increase awareness surrounding Story Running within the Runtastic community (> 70 mill app downloads). 3) Grow usage/downloads of Runtastic Story Runs.

Additionally, the cooperation was a chance to reach new target groups via cross-promotional effects and also to create new ways to keep running exciting and fresh for the community.

Story Running is based on a simple consumer insight: the average time the Runtastic user spends running is 36-42 minutes. The goal was to create a motivating experience for the consumer within that time. Story Running is something new in running as a sport, but also in the running app environment as none of Runtastic's competitors had or have this kind of feature. With Story Running, the user goes for an interval run without even realising it. The key to success is tapping into the natural human sense of urgency (using music, sound effects, plot twists, etc.), making the listener a part of the story itself (www.Runtastic.com/storyrunning). Unlike traditional podcasts and audio books, the experience offers the listener new audio content specifically designed to connect the physical exercise with the mobile experience, thus reaching a high degree of immersion and identification.

Never before had two companies collaborated on a global video game launch and in-app running experience neither in mobile campaign history nor in the Gaming Industry. Inspired by the game "Mirror's Edge Catalyst", a new Runtastic sci-fiction Story Run "Mirror's Edge Catalyst: A Runner's Destiny" was developed as a mobile brand experience in conjunction with the global release of the video game on June 7th 2016 (in English & German).

By placing the Story Run plot into the "Mirror's Edge Catalyst" universe, without spoiling any content of the game, the Story Run is entertaining for both users who aren't familiar with the game "Mirror's Edge Catalyst" and for already-existing gamers, who want to immerse even deeper into the world of Mirror's Edge Catalyst. The balancing act of making new target groups accessible to one another while still being true to ones' own community and get them excited about something they are not necessarily familiar with had to be realised in a smart way. The perfect content fit between the gameplay, Runtastic Story Running and innovative developments of the sport running itself was one important strategic choice within the cooperation. The Runner's objectives in the game underline this content fit in an unparalleled way: "As a Runner (...) you will come across challenges and missions of all kinds. Learn about Dashes, Delivery Missions, gridLeaks, and more" (http://www.mirrorsedge.com/intel/runner-objectives/runner-objectives). This kind of running style mirrors the current new trends of urban running and exploring ones city in a new light through the sport.

The mobile campaign assets included a complex in-app integration of the Story Run which was accessible for all Runtastic users (not only premium). This was a strategic decision which allowed Runtastic to use Story Running as a promotional tool to get new users try out the Runtastic experience via Story Running. The campaign had landing pages hosted by both EA and Runtastic and was advertised on each company's social media channels. A game trailor and an individual teaser film were created to advertise the campaign. Moreover, content marketing and in-app advertising was used to further promote the campaign from Runtastic's side.

Upfront, the qualitative feedback of the partner Electronic Arts and their agency was really good. They instantly agreed when Runtastic asked if they could enter the Shorty Awards with the case and are also open for further cooperation. Story Running even raised awareness of the new Runtastic mother company adidas and a fresh Story Run experience is planned for mid 2017 together with them.

The content fit and the combination of the virtual video game play, the 3D mobile experience of the Story Run and the activity of urban running manifest to have reached the goal of creating an exciting feature for our customers which drives engagement and downloads. This was reflected in the awareness raised and the engagement rates the campaign delivered:

All numbers relate to engagement tracking between the 10th of June and the 7th of August 2016. Today the downloads of "Mirror's Edge Catalyst: A Runner's Destiny" grew even further to an overall number of 78.521. 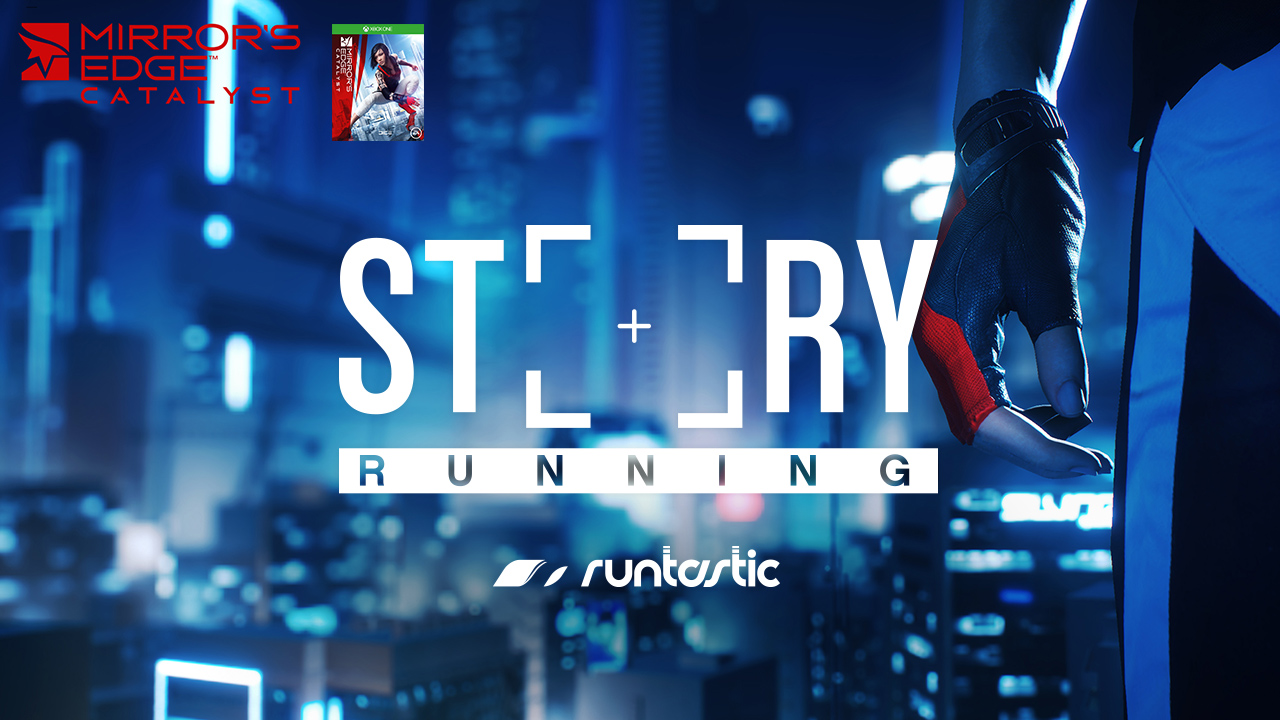 Runtastic in cooperation with Electronic Arts