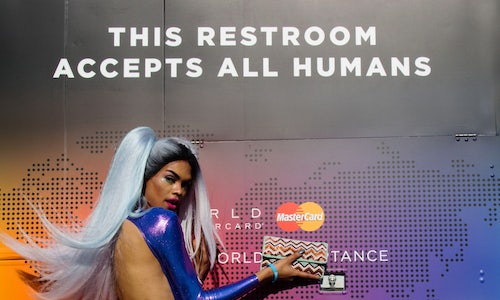 In early 2016, the conversation about LGBTQ rights was at a peak. North Carolina's "HB2" law or "the bathroom bill," which mandates that individuals must use public restrooms corresponding to the sex specified on their birth certificate reopened a conversation many in America thought was over.

As a company that supports diversity in words and in practice, MasterCard 's objective was to show support for all and stand behind the LGBTQ community with more than words.

We wanted to take action.

Mastercard's strategy was to create a provocative activation that did more than gain attention. Our goal was to provoke people to rethink why laws like HB2 had no place in America.

So we built: The Restroom for All.

In the midst of the national restroom rights conversation, Mastercard created a restroom that anyone could use. You only needed one thing to enter: a heart.

To create this experience, we built a door that unlocked when the entrant's heartbeat was read.

Built into the door was a custom API for a pulse sensor and an Arduino Yun micro controller that wirelessly communicated with the restroom's Bluetooth lock.

When entrants touched the heart-shaped palm sensor on the door, the technology read their heart rate and wirelessly unlocked it.

The installation was featured at the 2016 NYCPride March, an event attended by tens of thousands of people passionate about the cause and one limited in public restrooms.

To spread the message of the restroom organically, we amped up one of the most common places for selfies: the bathroom mirror. We shaped it as a giant heart and tagged it with #AcceptanceMatters, making visitors naturally inclined to share the experience with their friends and families.

To further promote the installation and its message, Mastercard partnered with 3 influencers who shared their visits to the bathroom across social, driving awareness and conversation among their followers.

The restroom was featured on Ad Age (Creativity Online), Campaign Live, Little Black Book and The Drum, which earned the activation hundreds of thousands of media impressions.

By organically reaching millions, we successfully and effectively spread the message of love, acceptance and equality for all.

Video for Restroom For All 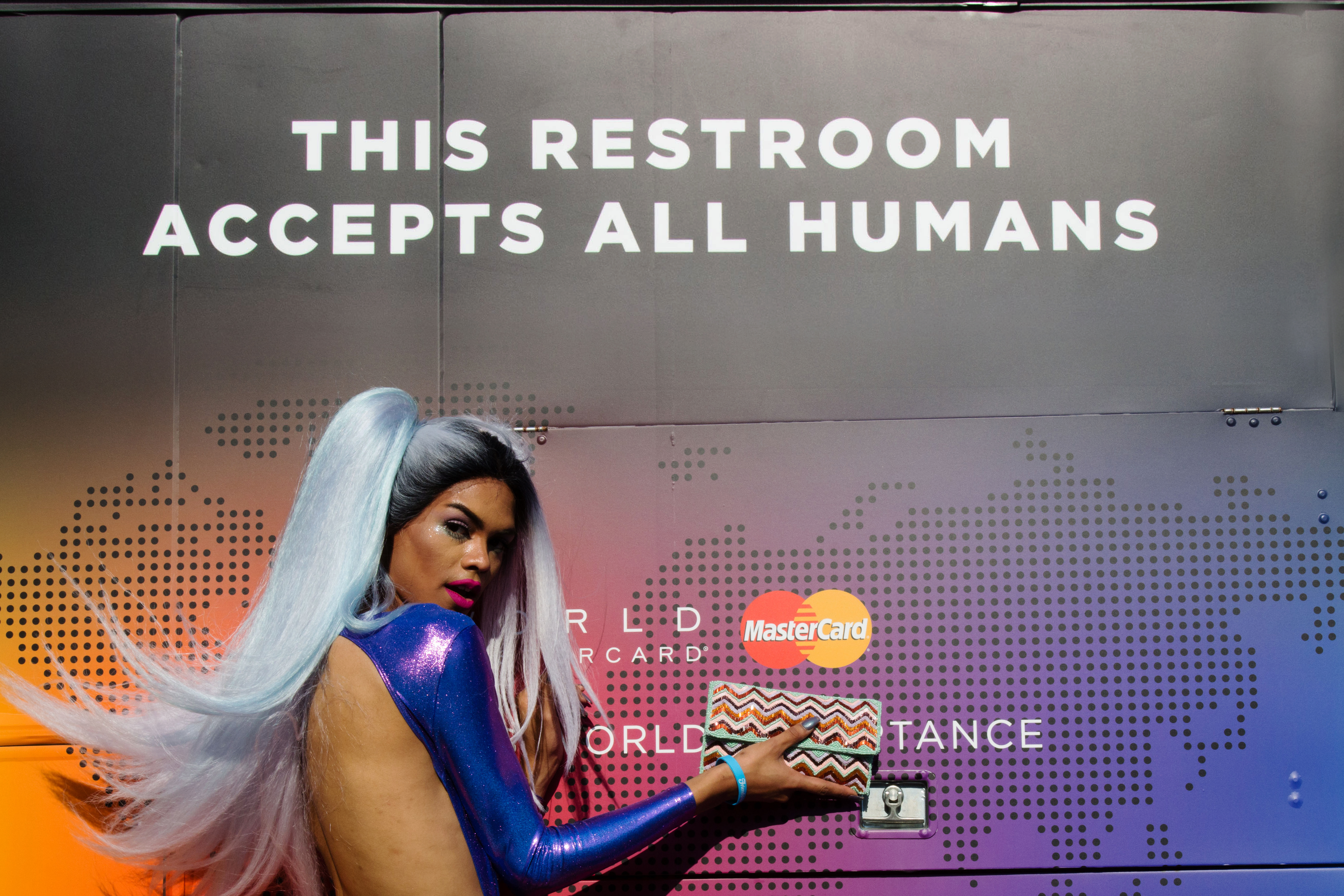