Etihad Airways is a leading luxury airline that has 'reimagined' the flying experience on its flagship A380 aircraft with unparalleled features. It's a truly extraordinary flying experience that can only be appreciated by flying on the aircraft itself. Instead of trying to outspend other competitors in its class, we decided to outsmart them with a reimagined product experience shot in virtual reality.

When an airline does something new or different, they usually point to new amenities, experiences, and destinations in a standard video or print campaign. However, when an airline like Etihad changes every aspect of the travel experience, from food to lay-flat seats to even the perfect angle of a scotch glass, simply announcing it on a billboard will not do. Etihad promises an reimagined flying experience and we wanted to introduce that experience to the world in a completely reimagined way.

The only way to truly understand Etihad's new award-winning A380 experience is to travel it yourself. However, for those unable to take that trip, we wanted to give viewers the next best thing in an immersive digital experience.

"Reimagine" is a virtual reality film that takes place on board a fictional flight from JFK to Abu Dhabi. Starring Nicole Kidman, it is the first time a Hollywood actor appears in a virtual reality film. The five minute film takes the viewer on a tour of the aircraft with special shoutouts to the in-flight chef in first class, the food and beverage manger in business class, the in-flight nanny who is ready to take care of the children on board, and the Emirati with his hooded falcon on his harm. The extraordinary level of luxury and quality that awaits guests is apparent as is the camera lingers over beautiful leather seats and exquisite staff uniforms.

The film also showcases the famous Residence, a private three-room cabin with living area, shower, and double bed. This apartment in the sky is serviced with a butler and the most detail-oriented service one could imagine.

From a technical perspective, this virtual reality film sets the standard. The film was shot over 3 days in an actual A380 that was fully customized for this innovative filming. Overhead lockers and sets were removed for the camera operations and maneuverability. It was produced over a total of six months and used state of the art film techniques to stitch together the production in a seamless manner.

The Reimagine video launched in April 2016 with viewers able to explore the A380 across a variety of platforms including Google Cardboard, Oculus Rift, Samsung Gear, and Youtube 360. Over 3 million viewers took flight in the first month alone and led to 62 million total campaign impressions. It successfully positioned Etihad as the leader in global travel and demonstrated the unparalleled luxury and experience of flying on an Etihad A 380. And the media took note. Forbes said "The Etihad VR experience shows a world of beautiful cabin design and non-stop opulence". The project was featured in Advertising Age, The Daily Mail, The Drum, The Skift, New York Daily News, and Forbes. 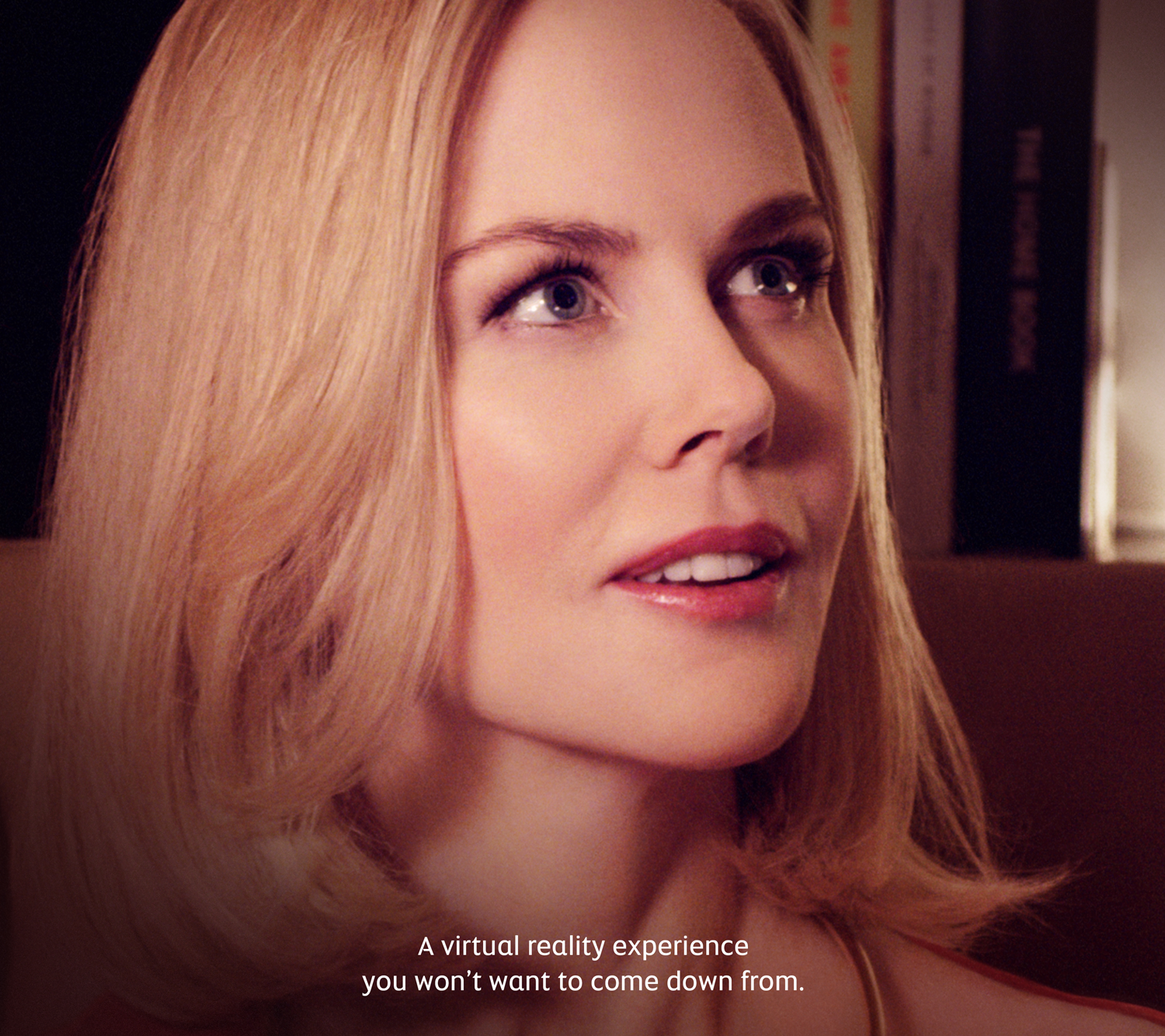 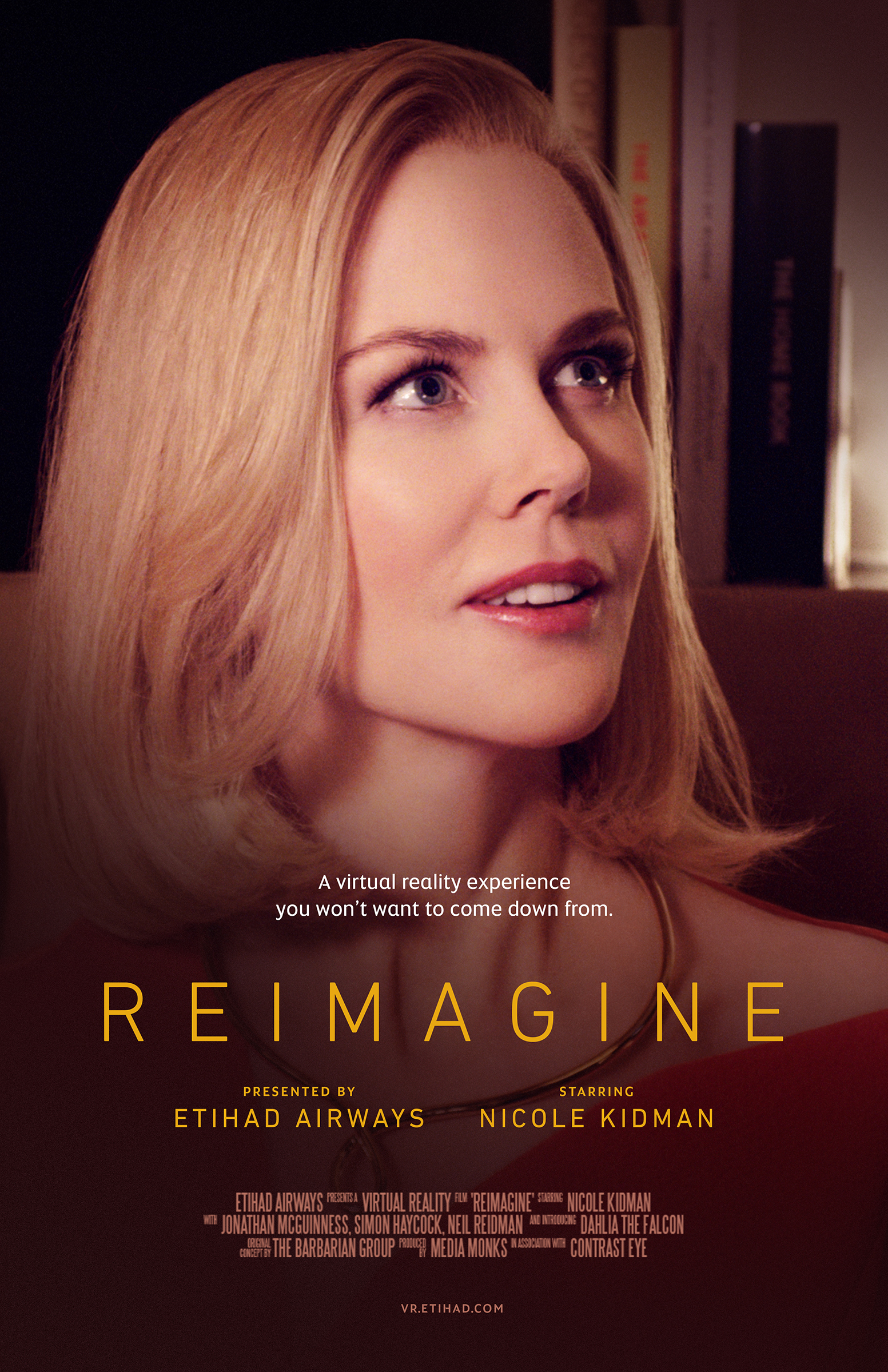