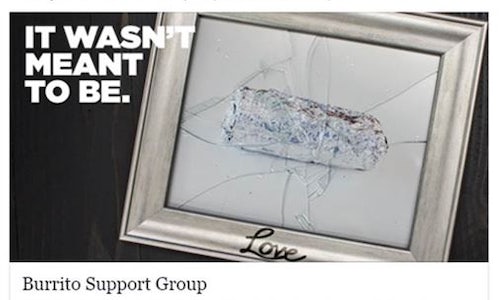 While nationally known and loved, Moe's Southwest Grill has always been the underdog to category leader Chipotle. In 2015, however, the industry's darling was plagued with a series of unfortunate food-borne illness events, including E. coli, salmonella and norovirus outbreaks in 14 states, sickening hundreds of customers. Chipotle's sales were down significantly and they attempted to re-establish themselves as an "industry leader in food safety" by planning a highly publicized, mandatory store closing on Feb. 8, for an all-staff meeting on food safety. Moe's saw this as an opportunity to generate awareness for the brand, position ourselves as a leader in food safety and to drive traffic. Moe's took advantage of the closure in two phases. Phase one: Chipotle fans were vulnerable, confused and looking for a safe place to turn for a delicious burrito. Enter Moe's. The brand who has been there the whole time with the freshest, most high quality ingredients, that maybe hadn't been noticed before, or was always just thought of as a friend. For the broken‐hearted, we wanted to be their Rebound Burrito. To fans who have always known Moe's is the best, we encouraged them to support their friends in need by presenting all guests with a buy-one-get-one free (BOGO) trial offer on digital and social channels. Phase two started on the day of the closing by creating a media-centric story through a full-page ad in USA Today, stating "We're Open."

The goals were to drive coverage and awareness for the brand, to position ourselves as a leader in food safety, to gain share of consumers within the category and to drive traffic. There were two phases of this program. The first was from Jan. 24 through Feb. 7 and consisted of the BOGO offer, which we posted on the Moes.com website, distributed through bouncebacks in-restaurant, and leveraged in both promoted social posts on Facebook, Instagram and Twitter as well as in our efforts to target and engage with our competitor's customers and those talking about E.Coli online. Phase two was all of the elements that were executed on Feb. 8, which consisted of the USA Today ad and media tour, email blasts and additional promoted posts on Facebook and Twitter.

Leverage USA Today ad as newsworthy opportunity to be part of stories around Chipotle closing on Feb. 8 and turn conversations from "They're closed" to "We're open."

Leverage BOGO offer to seamlessly insert ourselves in the Chipotle conversation, encouraging Chipotle fans (and lovers of burritos in general) to give Moe's a try.

Breakthrough creative represents the Moe's brand by being bold, irreverent, and not taking ourselves too seriously.

Overall, this campaign was a huge success across the board, exceeding all of our objectives. As anticipated, Chipotle's closing was widely covered, and nearly every mention included Moe's being open and our BOGO offer, solidifying for the brand a place in the national pop culture conversation.

Social Sentiment: From Jan. 19 to Jan. 31, sentiment increased by 20% (Days leading up to BOGO contained negative sentiment. Since BOGO started, there was hardly any – down 14%, and much higher positive sentiment.). 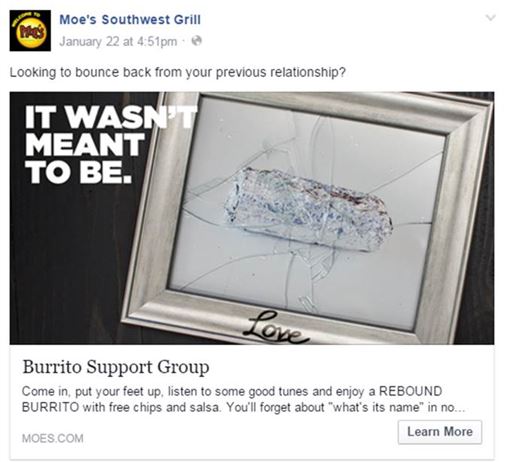 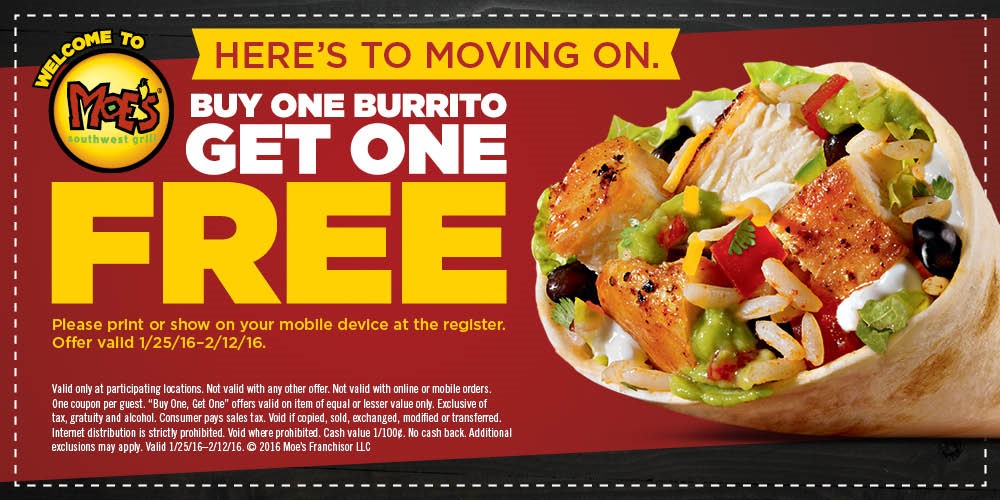