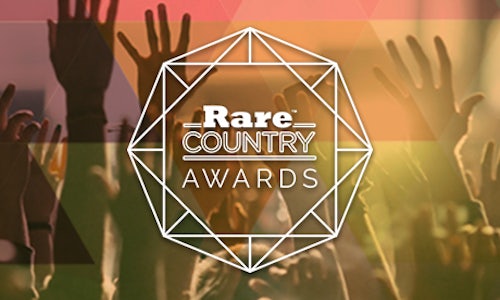 Cox Media Group wanted to drive attention to its Fans 1st Media lifestyle division, Rare - and specifically its vertical Rare Country, which is dedicated to all things country music. They decided to create the first-ever, fan-voted "Rare Country Awards" in an effort to introduce themselves to a larger audience of country music fans and to increase RareCountry.com's overall readership. The plan was to position the Rare Country Awards as completely digital, with a laser-like focus on the fans.

The challenge: As a growing brand with an established Facebook audience, Rare Country had a relatively small Twitter following and was uncertain as to the best way to drive traffic using the platform. They ran their own comprehensive Facebook campaign, including paid ads, and turned to Insightpool to engage fans via Twitter.

Insightpool is an influencer marketing platform that allows brands to identify and engage with social influencers within the platform. For this campaign, the Insightpool team took charge in identifying and engaging with influencers. The team worked with Rare Country's General Manager Laurissa Phillips, and Rare Country consultant Lisa Chader to create and execute its Rare Country Awards strategy.

The Insightpool team started by reaching out to 20 top fan influencers identified in the platform and invited them to take part in a "Twitter takeover" by changing their accounts to reflect the Rare Country Awards branding. Because these influencers were known for their love of specific country artists, followers that regularly visited their pages were encouraged to visit RareCountryAwards.com and vote for their favorite artists in eight categories. This method also gave Rare Country grassroots credibility as they had the seal of approval from top country music fans.

The Insightpool team worked with both Phillips and Chader, who directly engaged with artists' teams to inform them of the awards and secure their buy-in. The awards were so well received that top artists, such as country star Luke Bryan, shared links to the awards on their own Twitter accounts, encouraging fans to vote. Others were persuaded by the social traffic that Rare Country and their fans had already created, and RT'd Rare Country's tweets directly.

From this pool of 20 influencers, Insightpool chose the most interactive fans - 3 "super fans" - and asked them to create their own videos announcing the winning artists. This further emphasized the awards' focus on the fans.

Through careful coordination with Insightpool, chosen super fans, the Rare Country team and key artists, fan-submitted videos announcing the winners were matched with artist's award acceptance videos, all of which thanked the fans directly. These videos were revealed and shared exponentially on Rare Country's Facebook and Twitter accounts featuring acceptance videos from superstars Carrie Underwood and Blake Shelton. This drove even more organic attention to the awards themselves.

In all, Insightpool's team built 66 segments of 5,151 influencers discovered within the platform. These influencers had a cumulative social network of 55M+ people.

By engaging top country music and artist influencers, Insightpool drove 1.8M impressions, 957K page views, and almost 1M votes. More than 1M of these impressions occurred during the final 48 hours of the campaign, as fan and artist videos were released and quickly gained massive attention. The campaign also helped Rare Country reach its main goal of increasing outreach by boosting its following and solidifying its name as a leading brand in country music.

When asked about Insightpool's involvement in the Rare Country Awards campaign, Scott Markle, Sr. Director of Rare (Cox Media Group) said, "Insightpool took the Rare Country Awards to the next level by connecting our readers to the industry's biggest names in country music, helping make it our most successful campaign to date, earning 80 million plus impressions and close to one million votes from fans across the country." 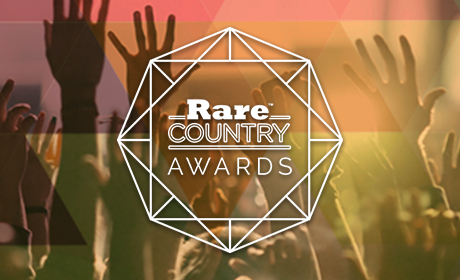