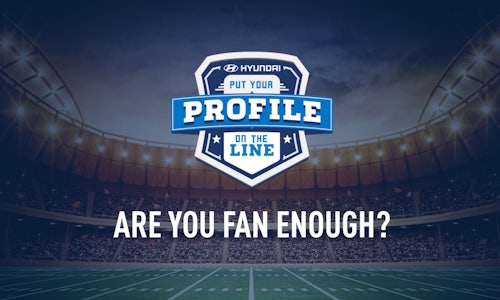 Put Your Profile on the Line

As an official sponsor of the NFL, Hyundai wanted to let everyone know that we're fans too. And since Better Drives Us, we wanted to create something that would make the actual fan experience better⎯all season long. The overall concept was designed to encourage a deep level of participation, engagement and weekly return visits.

We tapped into fan behavior. Friends love making bets on their games and handing out humiliating punishments to the losers. Our twist? We took this behavior to the social space where more people could see the sweet, sweet shame. We called it, "Put Your Profile On The Line" and that's exactly what we invited fans to do. For the first time ever, we gave football fans the ability to challenge their friends to weekly NFL matchups and use their Facebook profile as collateral.

If you win, you have the satisfaction of seeing your friend's Facebook profile decorated in your team's colors. And if you lose, well, a bet's a bet. Nothing's worse than being a Cowboys fan flying Eagles colors. But all is not completely lost, because we included another huge incentive⎯the more you play and share, the more times you're entered to win Super Bowl tickets!

Awareness for the campaign came from media pushes to Hyundai's Because Football website where users could participate through the Put Your Profile On The Line application. With access to weekly NFL matchup schedules and by connecting through Facebook, fans could easily challenge their friends, receive notifications and share. Above and beyond paid media, the game earned mass appeal by integrating with Facebook.

We developed an airtight notification strategy using Facebook's API and an email campaign that notified users of their wins, losses and upcoming game schedules. Users could also go to a dashboard to check their score and number of sweepstakes entries.

We successfully created a truly unique way for football fans to challenge their friends to weekly NFL matchups and use their Facebook profile as collateral. No one has ever made shaming your NFL rivals so easy while also giving you a chance to win Super Bowl tickets. Win, win.

During the campaign period:

Video for Put Your Profile on the Line 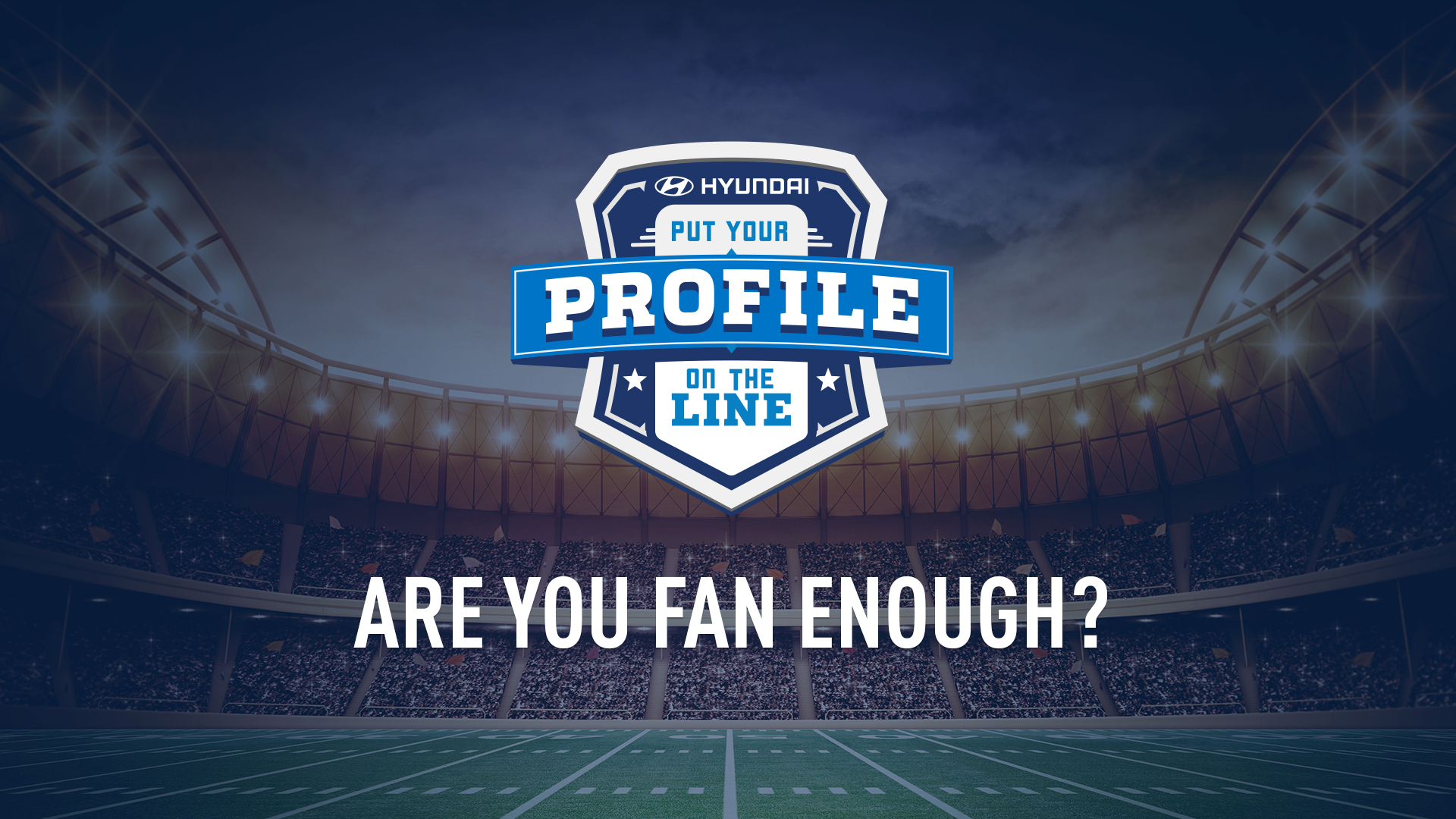