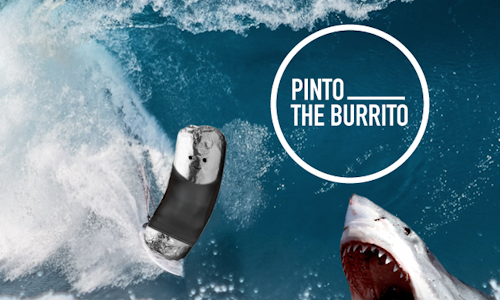 Jerry Media, the agency behind the comedy brand @fuckjerry, was tasked with creating a unique social mascot that spreads the word about the Dos Toros Taqueria chain- we brought our comedy expertise and rose to the challenge to create the most beloved Instagram burrito of all time: Pinto the Burrito.

Pinto's evolution from zero to 132K followers has been a wild ride. He started out just getting photoshopped into cool nostalgia-vibey pics, like as the little dingle in the Nirvana Nevermind album cover, a painting by beloved Bob Ross, or the golden idol in Raiders of the Lost Ark. He also loves action sports, like hang gliding, swimmin' with dolphins, and shredding the slopes on a snowboard.

As he grew in popularity, though, Pinto's personality began to change. He became more and more like a person- he slowly transitioned into a regular hangin' out chill dude, posted up with the gang from Baywatch and the Sandlot crew. He developed a real voice and personality, and his audience with their new wrapped-up friend. With his newfound influence on social media, Pinto then decided to get political.

Pinto's presidential campaign was long, and his beany fingers were on the pulse of all current events and trending topics. He appeared as Ken "Pinto" Bone, crushed a debate against a hot dog, and posted propaganda posters much to the chagrin of competitors. He didn't win, but that's probably because he didn't meet the age requirement of 35 years: he's still a pretty fresh burrito.

Now, all eyes are on Pinto as the world watches him react to current events and news. His performance with Lady Gaga in the Superbowl a few weeks ago earned him over 10% engagement, which is unheard of in the social advertising world. He's been hanging with Obama and Biden on the greens, and made a cameo appearance in a Drake video as Pinto prepares for his 2020 campaign. He even upstaged Cee Lo Green at the Grammys!

Pinto's future is secure as a social influencer, Dos Toros mascot, and partyboy extraordinaire. Everyone is asking: what's next for Pinto? Space. Pinto is probably going to space soon. Keep your eyes to the sky!

Jerry Media successfully brought the joy of Pinto the Burrito to the Instagram feeds of 94.6k followers to date- and his following keeps growing. Engagement rates have stayed between 5 and 10 percent per post, and the Dos Toros team has reported significantly increased brand awareness and positivity- even attributable sales lift, with customers raving about Pinto in-store as they purchase his burrito brothers and sisters for on-the-spot consumption. 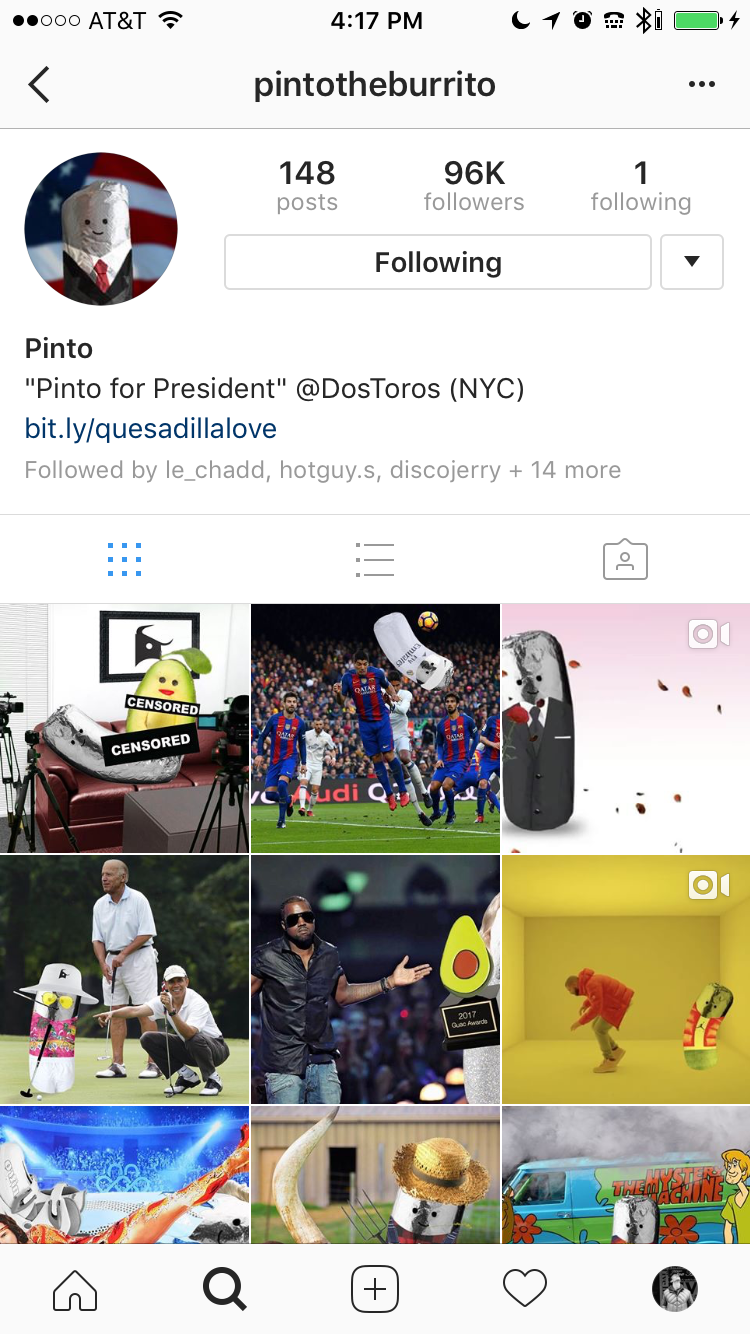 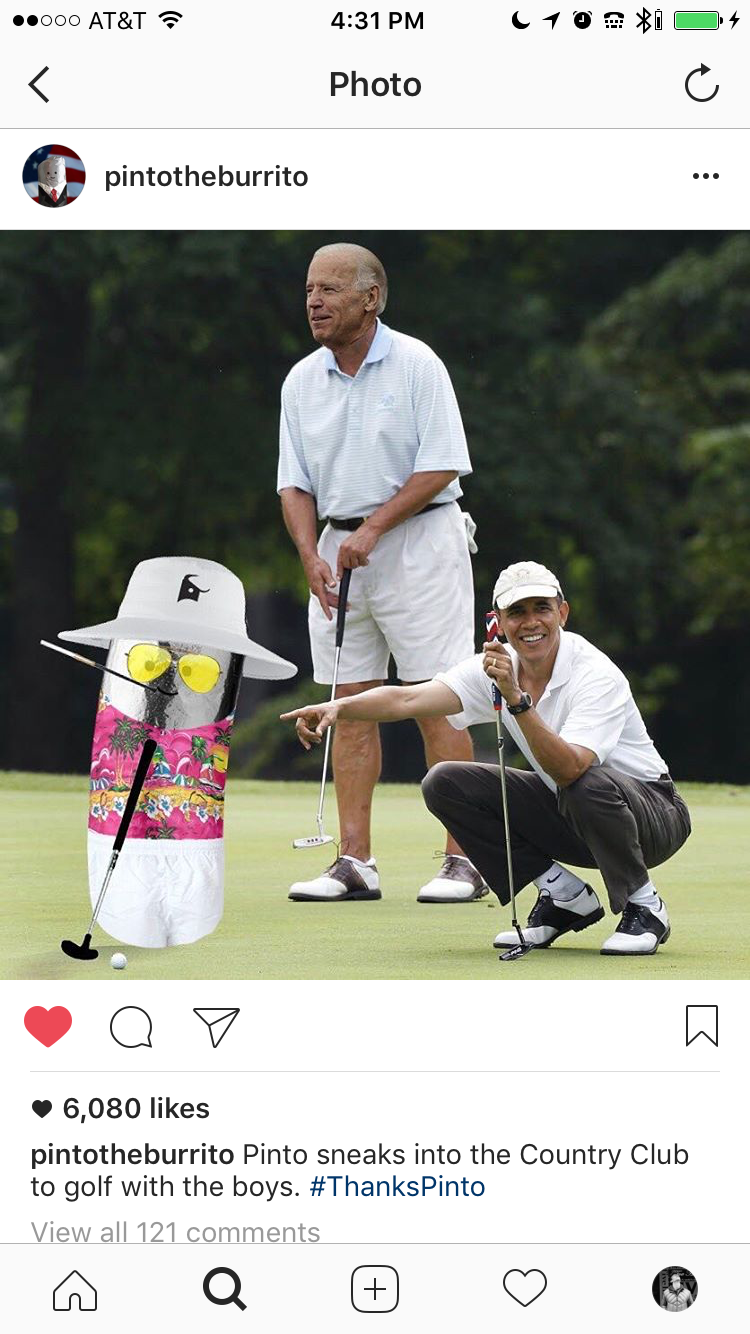 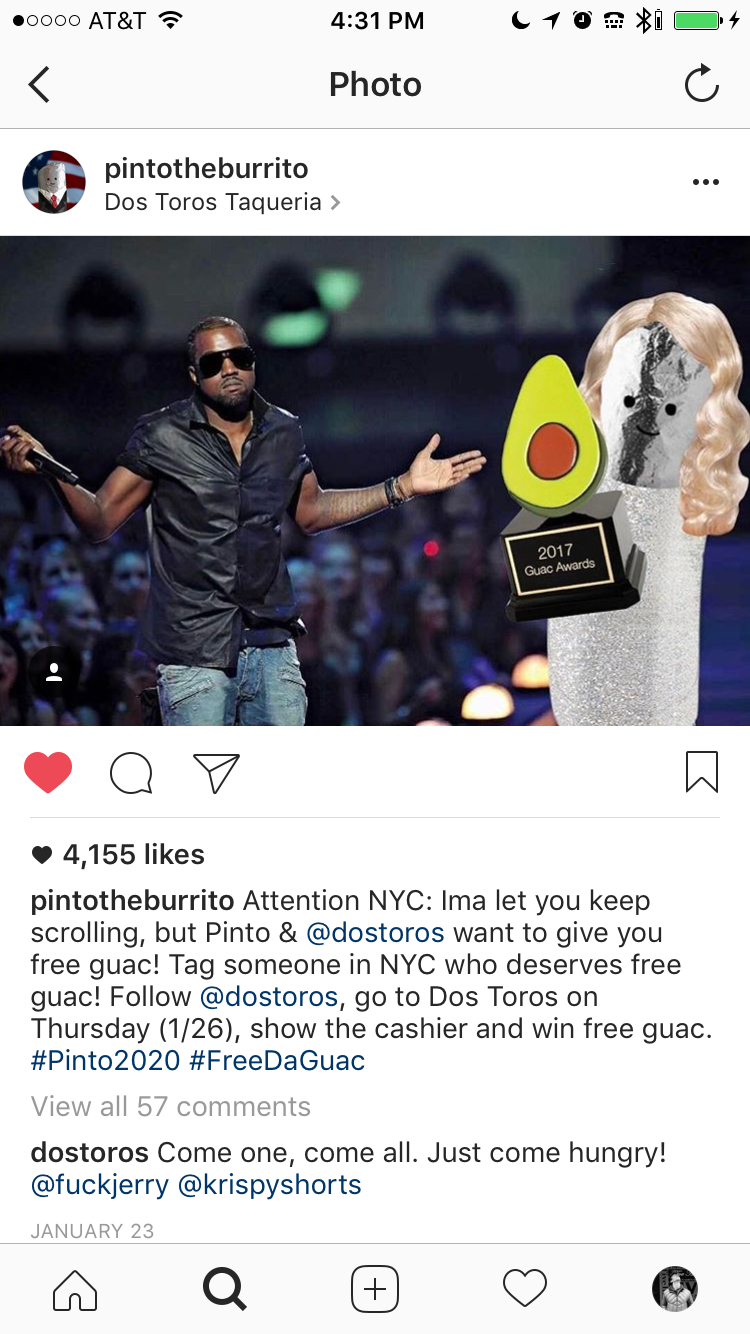 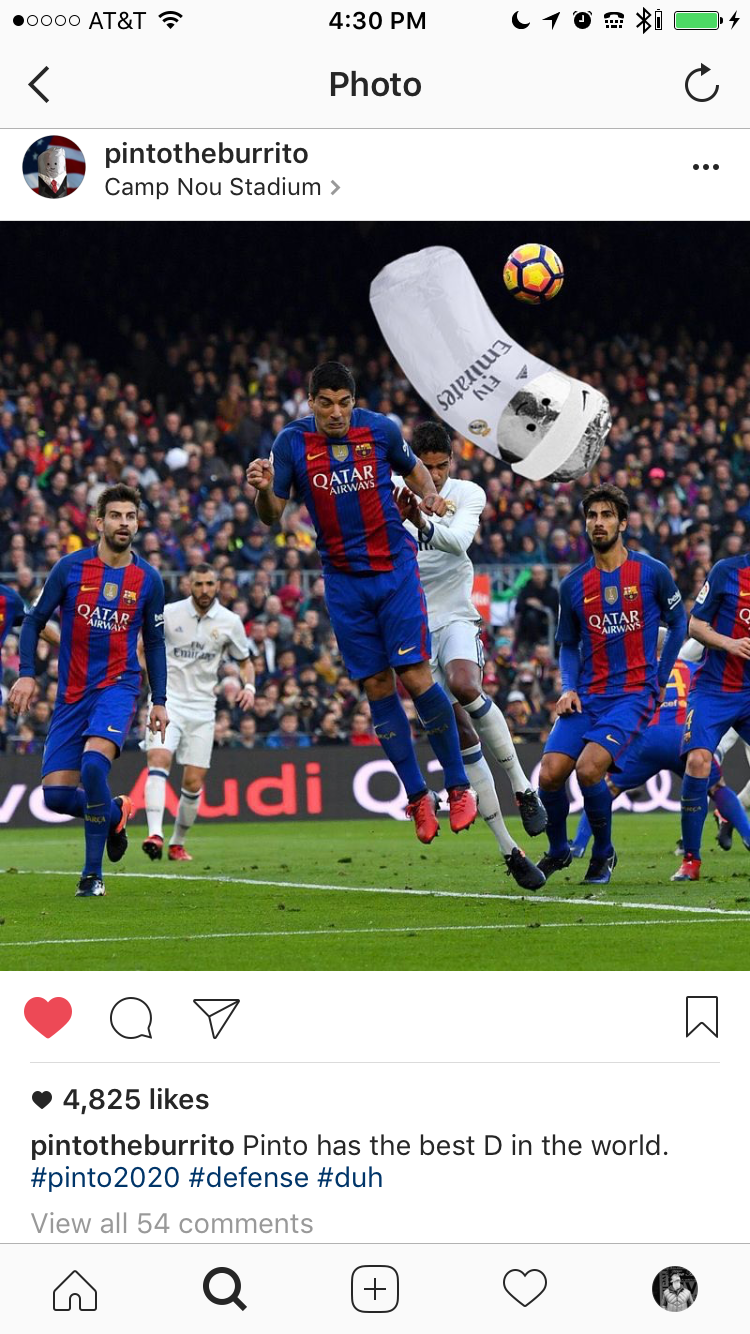 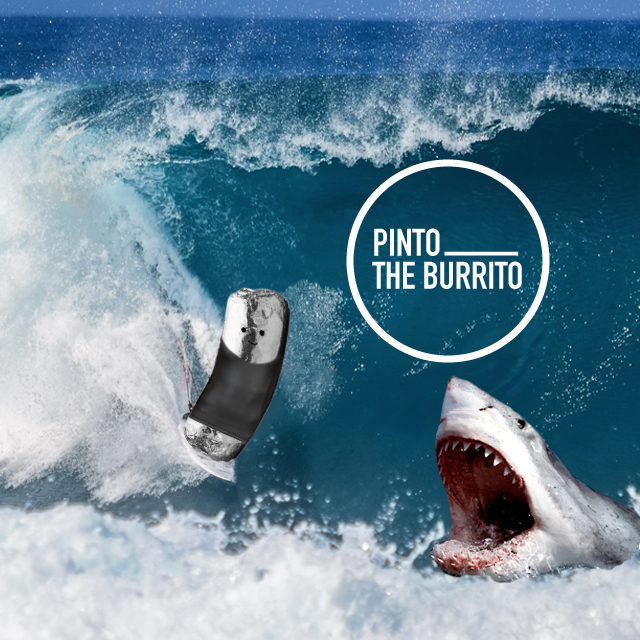