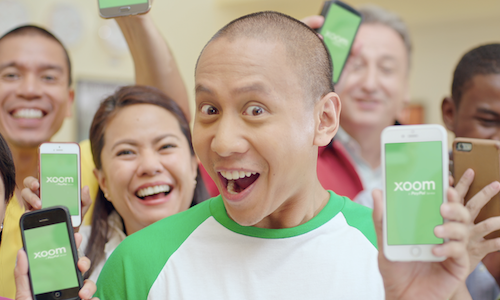 Connect emotionally with the Filipino community.

Xoom, a PayPal Service, believes in an exploitation-free future for immigrants where everyone is treated fairly and with respect. It's because of this vision that we strive to create a product that saves people time and gets money fast to those that need it the most.

This is especially important for Filipinos. Filipino immigrants in the U.S. are the lifelines of their families back home. Many, however, are still sending money through store locations or cheap online transfer services that are slow and unreliable, resulting in countless suffering.

How do you create an impactful campaign about so much suffering? Laughter!

Filipinos love to laugh. Their carefree disposition makes it easy for them to make fun of difficult situations. They love to be entertained and easily respond to memes, gag shows, sitcoms, and stand-up comedy. That is why we used comedy as the creative strategy. Who best would deliver a hilarious, over-the-top performance? Mikey Bustos, the Top Youtube Personality 2015 (Asia), and the winner of WebTV's Most Popular Video and Most Popular Youtube Channel (Philippines). His dramatic parodies, award-winning credentials, and huge internet following made him the perfect person to deliver our comedy campaign and emotionally connect with Filipinos.

By leveraging Mikey Bustos's musical talent and social media stardom on YouTube and Facebook, we created unbranded musical parodies that make Filipinos recognize the problems they encounter whenever they send money using other money transfer services – whether offline or online. Using popular Filipino karaoke hit songs, Mikey Bustos created dramatic story lines portraying real-life struggles of Filipino immigrants in the US (and their recipients back home) whenever they don't choose Xoom to send money. Mikey's parodies exaggerated real life situations and used comedic characters that Filipinos would connect with. Thus, making them recognize that "the struggle is real".

After seeding the problem, we presented Xoom as the remedy. Using Mikey Bustos's endorsement, we created Xoom-branded videos for Filipino television, YouTube and Facebook. The branded content highlighted how Xoom makes Filipinos' lives easier through its money transfer app.

After laying the groundwork, we created a social media platform to spark conversation and reinforce the message. We created a Facebook page called XoomLOL (Xoom Life Online) where we post humorous content that make Filipinos laugh. XoomLOL engages Filipinos worldwide through memes and comic strips that are tailor-made to tickle the Filipino funny bone. We also reached out to Filipinos by posting behind-the-scene footage from our video productions to give them a glimpse of how we work, going Facebook Live with Mikey, and, posting our branded television commercials and unbranded Mikey parodies so they can easily share them to their own social media and be Xoom endorsers.

The comedy campaign XoomLOL with Mikey Bustos and his dramatic, approachable humor showed excellent results for the Xoom business.

XoomLOL successfully re-energized the Filipino business and brought back YOY growth for new and returning users in the face of extreme competition and decreased media budget in Q4.

The campaign exceeded 4X our goal of 25% lift, and reached 101% lift YOY in win-back customers.

In addition, the Facebook page generated over 7,800 likes and almost 23 million total impressions, with 8% organic.

The videos posted on the XoomLOL page exceeded 5 million total views, with 20% of those viewing the video until the end.

Filipinos showed love for XoomLOL by giving the page 4.6 out of 5 stars.

Imitation is the highest form of flattery. After launch, a competitor copied the campaign by creating an endorsement campaign with a Filipino comedic actor. 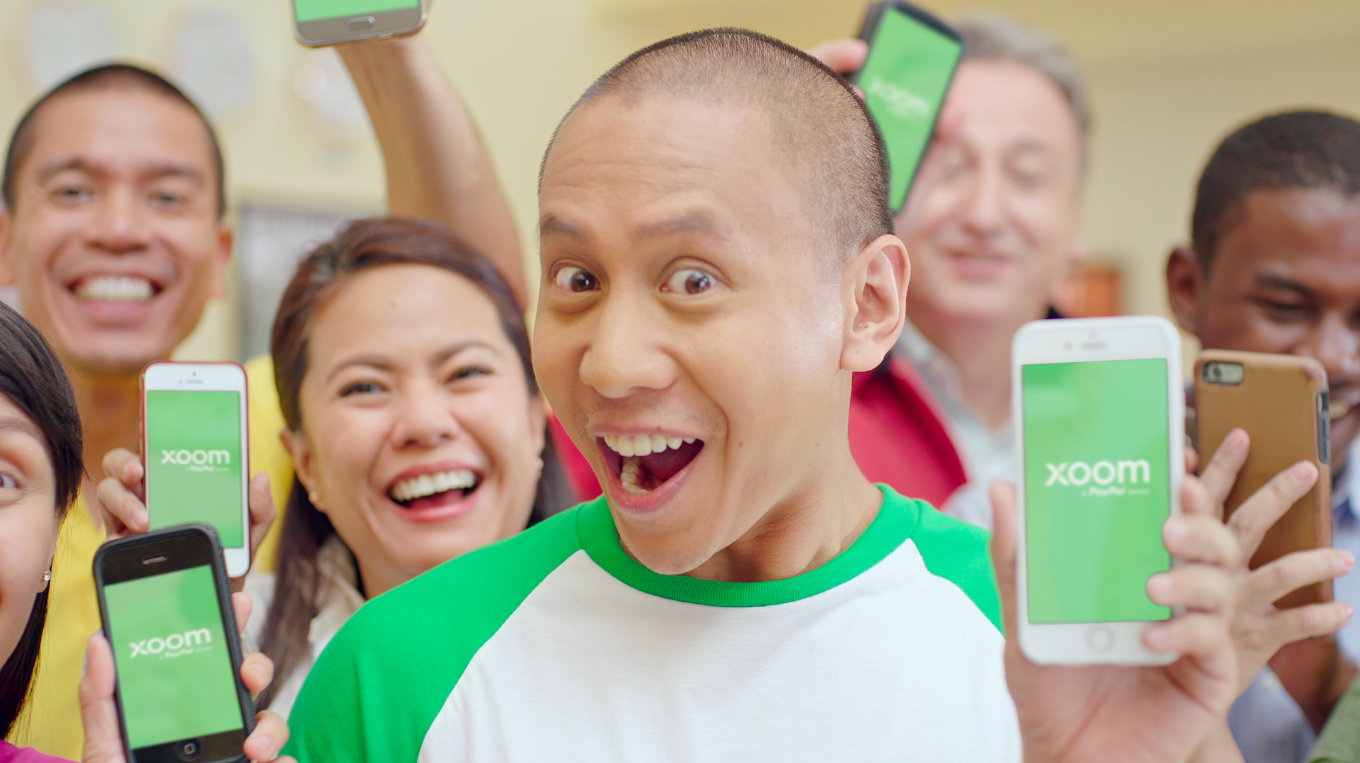 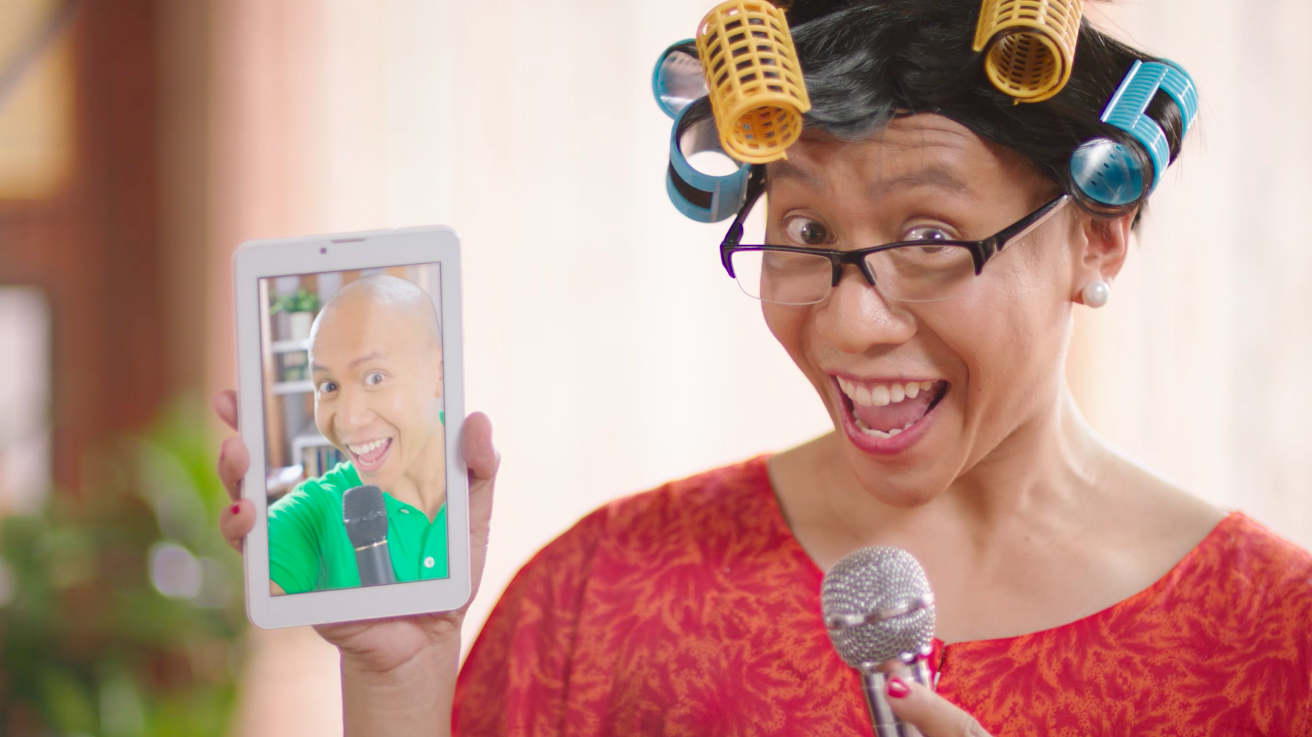