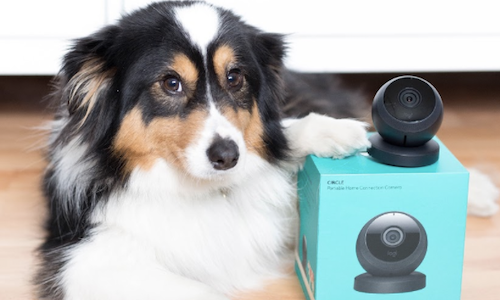 After years of establishing ourselves as an industry leader in keyboards and mice, Logitech has expanded to include new product categories that offer fresh experiences. As part of this renewed purpose, our team endeavored to break into a new audience for Logitech by building credibility within--wait for it--the pet community. Specifically, we set out to use one of our latest products, the Logi Circle, to reshape the perception of our existing line of home security cameras. In contrast to our previous security cameras, which exude sensibility and functionality, Logi Circle was designed to be the perfect ally to an active household, to both protect and connect the home. We aimed to use Logi Circle to drive social media engagement outside of our typical fan base, leveraging the power of pet influencers to show that the Logi Circle is more than a security camera, but an interactive tool that allows you to see and talk to the loved ones (read: furry friends) you've left at home, right from your smartphone.

With features such as real-time home video and 2-way talk-and-listen, we set out to position Logi Circle as the best interactive eye that keeps your home at your fingertips and your pets in sight from afar. The strategy behind doing so was twofold: we needed to establish a meaningful and authentic partnership to help tell our story, and tap a network of influencers that would allow us to reach audiences outside of the norm for Logitech. Overall, we wanted to showcase the Logi Circle as a key player in capturing the fun, interesting, and memorable moments with your pets at home, building out the campaign with key partners to help drive our message home to new audiences.

First and foremost, we partnered with the Society for the Prevention of Cruelty of Animals (SPCA) to help introduce our #PetProud social media campaign. With this partnership, we were able to establish credibility within the pet community, garner local and national media attention, and host product seeding programs with SPCA chapters in two large metropolitan areas, including San Francisco and Boston. In these two cities, each person who adopted a new pet in the month of May, National Pet Month, received a free Logi Circle. It was to be the resource for new pet adopters wanting to check in on their pets. We also earned prime real estate on the front page of the shelters' websites with the "Puppycam and Kittycam, Powered by Logi Circle #PetProud." The feature provides a real-time glance into the life of an SPCA furball, with 24/7 live-streamed video, a project the shelters had previously forgone due to cost. They also made one "Puppycam and Kittycam" update on their social pages each week throughout the partnership.

With support from our SPCA partners, we also launched #PetProud on social media. As part of the campaign, fans were asked to share their #PetProud adoption stories and photos on social media for the chance to win a Logi Circle. We then partnered with pet influencers with strong followings, particularly targeting those connected to the SPCA, to increase campaign awareness and encourage fans to participate. Not forgetting our own channels, we tapped into Logitech's existing network by leveraging SPCA and influencer content in email campaigns and on our own social media accounts.

Moving beyond the reach of the SPCA and our social influencers, we ran a targeted campaign using InsightPool to reach out to invite more pet lovers to participate in #PetProud. We engaged local media outlets and conducted media drops – which included a fish friend. We also secured coverage in key pet trade publications and pet enthusiast blogs, by seeding "Pet Preparedness Starter Packs," which included a Logi Circle and other pet parent essentials. Then, we broke through to a national audience by securing an in-studio audience giveaway with "The Talk." "The Talk" spoke to our key messages, featured an incredible product display, and earned us 3,005,927 viewers!

In total, we partnered with more than 30 pet influencers, reaching more than 5.2 million fans across all of their social media accounts combined. Because Logitech has never before entered the world of pets influencers, we reached a wide audience that we wouldn't have been able to touch so creatively otherwise.

Since the #PetProud campaign launched, more than 80 influencer posts about the Logi Circle have gone live, resulting in more than 38 million in reach and 56,800 engagements from their followers. Reactions from fans were overwhelmingly positive: many claiming that they needed the Logi Circle to keep an eye on their homes and interact with their pets. This sentiment was very much in line with the number of sales driven through the duration of the campaign, which was up nearly 140 percent compared to previous months.

Creating a meaningful partnership with SPCA, which had an authentic tie to the campaign and product, gave us exposure and credibility in a space new to Logitech. When coupled with a network of cute and fluffy influencers, the Logi Circle was able to make a huge impact.

I mean, who doesn't want to know what their pet is up to when they're gone… right? 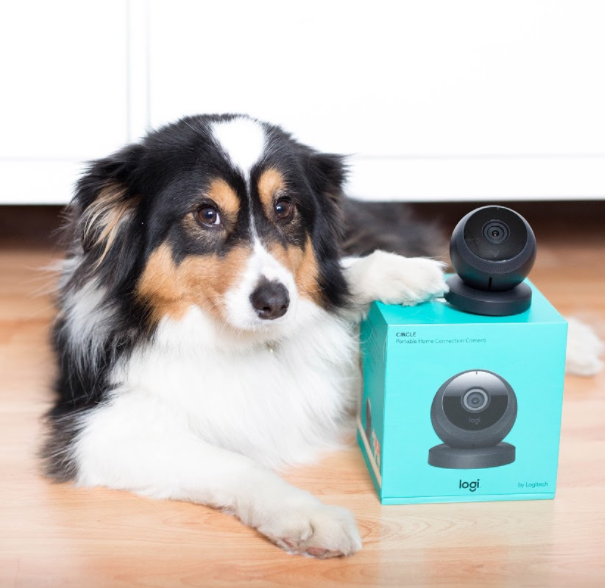