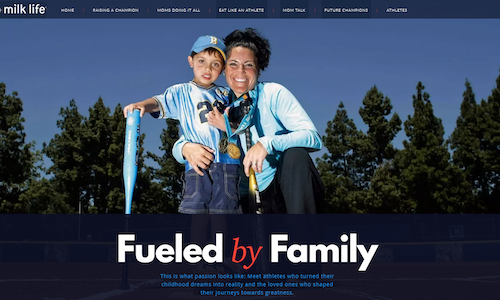 Milk Life approached PEOPLE in early 2016 with a mission to amplify their already successful partnership with Team USA and the Summer Olympics, but made it clear they were relying on PEOPLE's editorial voice to draw in and engage users. PEOPLE's access to talent/celebrities made the campaign as visible and buzz-worthy as possible, paired with the creative and design teams (at PEOPLE) to launch a beautiful one-of-a-kind content program/destination.

The Milk Life campaign entered a new phase as proud sponsors of Team USA. This was a natural progression for their campaign given that their core message had been focused on powering your potential via Milk's high-quality protein and powerful nutrient package. The same mission remained critical - to remind Americans why Milk should be a staple in their fridge and a go to beverage of choice (because it already is for Team USA)!

Targeting moms with kids as they are one of the biggest influencers in their children's lives, PEOPLE was tasked to create a content platform levering their Olympics coverage and Milk Life's sponsorship of Team USA showcasing how past, present, and future Olympians are Fueled By Family. PEOPLE and Milk Life also tapped into the emotional reasons behind serving milk, motivating Mom to feel good about serving milk to her family. By giving her kids milk, Mom is fueling her family.

PEOPLE created the ultimate digital destination – exclusively for Milk Life – celebrating the families behind Olympic athletes, and the parents who are raising the next generation of world-class competitors.

PEOPLE leveraged their in-house design, photo, and creative teams to create a never-been-done before destination that perfectly married video, articles, infographics, recipes, listicles and photo diaries in a way designed to keep the user engaged. Through this unique campaign, PEOPLE was able to seamlessly integrate Milk Life's messaging in a way that felt organic and serviceable to the user. It also allowed for pure edit content to be woven throughout, making it different from many branded campaigns created by PEOPLE's competitors.

Fueled By Family was an "always on" content destination, regularly updated, keeping in mind that, from an editorial perspective, timeliness during the Olympics was key to creating a strong experience for the user.

Tapping into PEOPLE's trusted editorial voice and expertise, Fueled By Family is the ultimate content destination for the stories behind these athletes, unveiling their driving force; the support of their families.

Custom content is at the core of this campaign, with 87 pieces of original content that were created to drive impressions, engagements, and page views. Content was promoted from the PEOPLE homepage, PEOPLE social handles, PEOPLE newsletters, and a host of other destinations across the PEOPLE landscape. 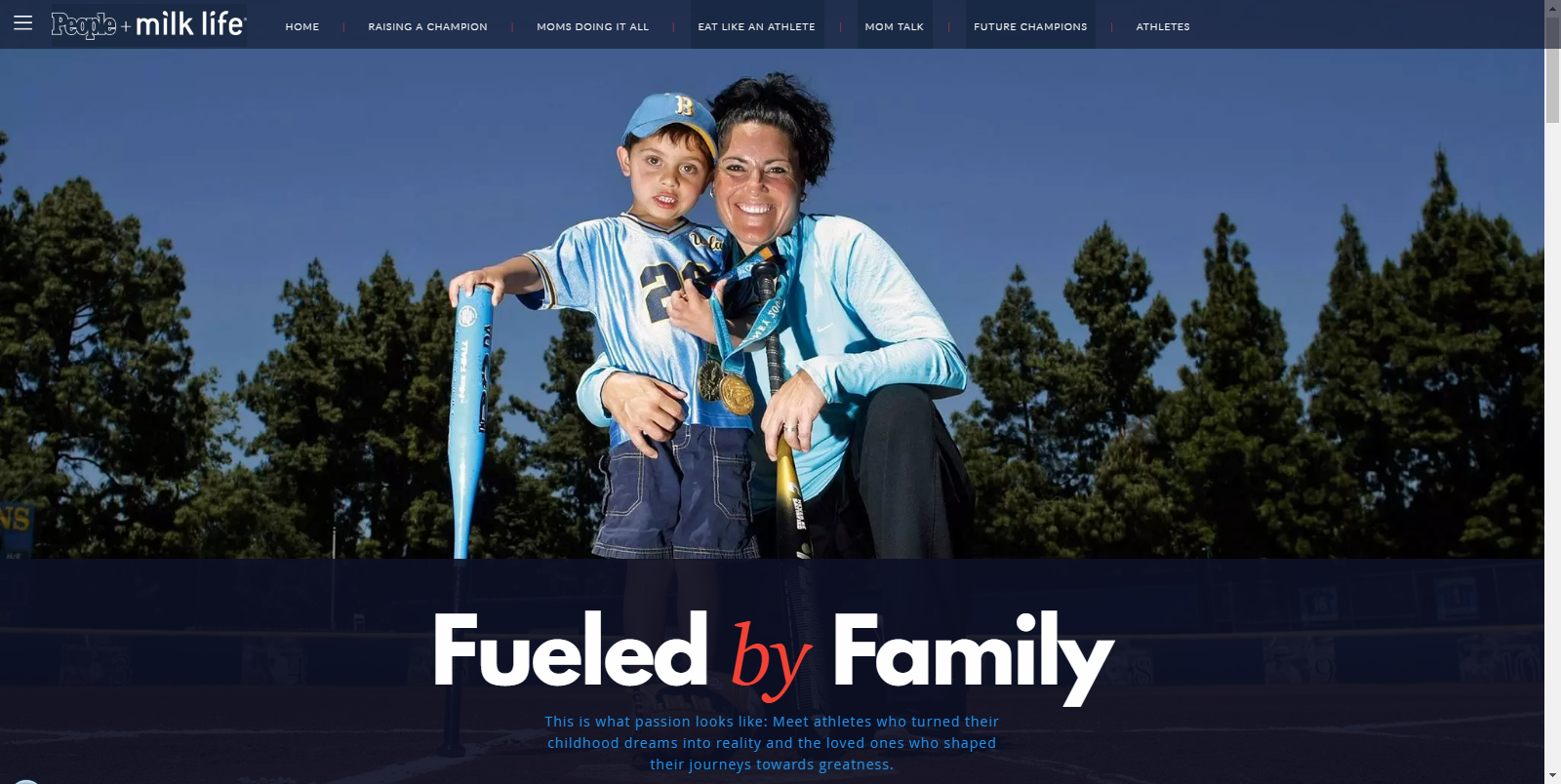