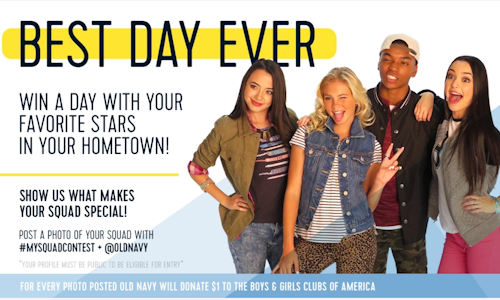 As we approached our 2016 back-to-school (BTS) campaign, we had two major objectives:

-Authentically engage a tween audience in a way that still speaks to mom, our primary stakeholder

-Create an omni-channel, integrated campaign that can sustain the extended length of the BTS retail season

In our digital/social verticals specifically, we strove to:

-Build brand preference and relevance with the kid customer

-Engage influencers who speak to key kid/tween audiences in an authentic and appropriate voice (vs. speaking to them as a brand)

-Maintain a consistent flow of digital and social content activity to keep on-going conversation over the duration of the month-long campaign (vs. focusing on one hero video as in past campaigns)

Our first step was to ground the campaign in a culturally relevant concept. Through conversations with kids, our team uncovered on the importance of "squads," a term that was becoming part of their vernacular through social media hashtags like #squadgoals. The sense of belonging that comes from being part of a squad was the key insight that informed the creative.

We partnered with AwesomenessTV (ATV) who we had worked with on our two previous BTS campaigns, and together created the #MySquadContest: a social contest encouraging kids to share stories of how their squads motivate and inspire them for a chance to win a fun-filled day with ATV talent in their hometown.

To submit, kids shared a photo, video, GIF or meme to Instagram or Twitter, showcasing and describing what makes their squad special, tagged with #MySquadContest and @OldNavy.

We signed on YouTube stars Alex Aiono, Jordyn Jones, Josh Levi and the Merrell Twins to bring the squad concept to life, encourage submissions and select the winning squads to visit for a day of epic fun in their hometowns.

We broke the campaign into phases, which resulted in constant activity on our channels, including a range of user-generated content, original videos from ATV talent about their own squads, news about the contest winners, and ultimately the winning squads' experiences.

Through ATV, we also brought on a separate group of tween style influencers to showcase our back-to-school fashions on both our channels and theirs. The three influencers, Skai Jackson, Laneya Grace and Hayden Summerall, appeared as extras on our TV spot with Amy Schumer, outfitted in head-to-toe Old Navy. The integration of talent relevant to both mom and her kids helped our broadcast reach a larger audience in digital.

To tie the campaign into a larger purpose, we initiated an in-store fundraising campaign for Boys & Girls Clubs. We wanted to enable our tween audience to participate in the fundraising portion of the campaign without asking them for money. We landed on having each #MySquadContest submission trigger a $1 donation to the BGCA, up to $10,000, as an added value of participation.

-Donated $1 million to Boys & Girls Clubs through in-store donations and the $10,000 digital match 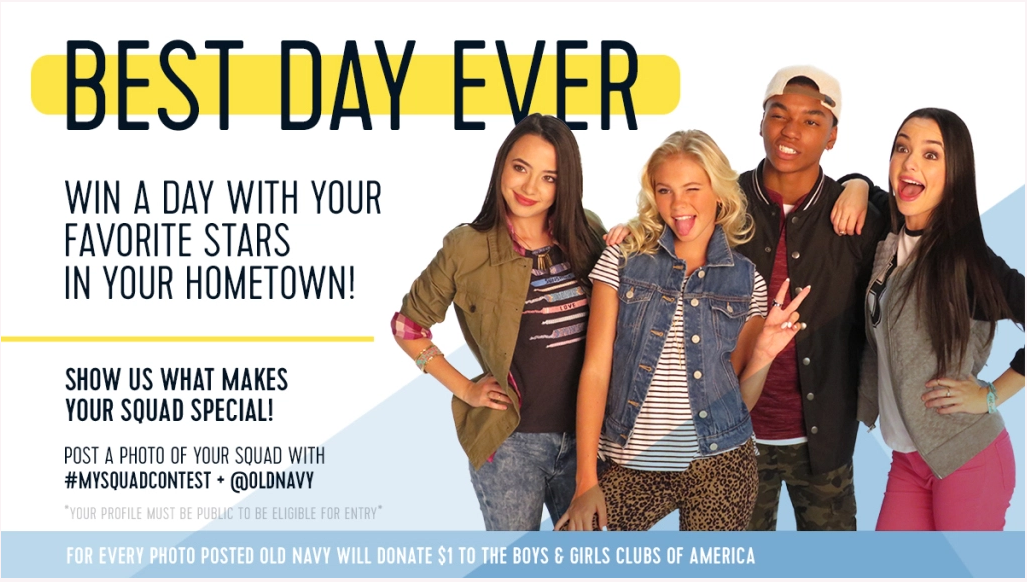