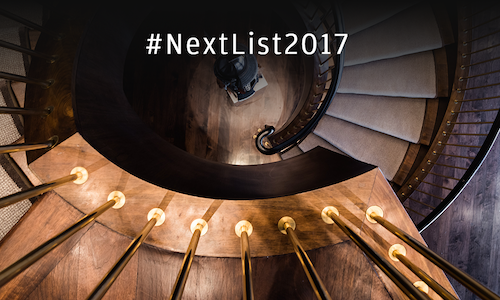 New experiences for the new year: Discovering 'what's next' with the J.P. Morgan #NextList2017

To celebrate its 10th anniversary, J.P. Morgan Private Bank reinvented the annual Holiday Reading List, expanding beyond books to include inspiring music and unique experiences and locations to be shared through captivating social media content.

Every season clients, prospects, journalists, and more look forward to seeing which books made the list, but this holiday season, the bank's asset management arm took the opportunity to look ahead into the the new year and created the newly-branded #NextList2017, with the objective of establishing J.P. Morgan as a tastemaker, ahead of the curve on "the-next-thing" to see, hear, experience, read, or visit.

Our marketing and communication goals for the #NextList2017 focused on building affinity for J.P. Morgan among potential clients, executives, influential trendsetters and tastemakers, as well the next generation of clients in key markets for the firm with a fresh new look on what's ahead in the new year. We hoped to help them "discover the undiscovered" treasuries for themselves or loved ones during the holiday season.

The 14 items on the #NextList2017 were curated by an internal committee based on over 1,000 submissions from approximately 15,000 J.P. Morgan wealth management advisors.

What was once a traditional book list, received a brand new refresh for its 10th anniversary, rebranded and ultimately designed to be a digital-first campaign; featuring rich, media-first messaging to reach our target audiences where they are: on their mobile devices. For the J.P. Morgan #NextList2017 campaign, our internal team built a custom mobile-optimized landing page, executed a paid integrated social media campaign, engaged with key influencers to reach new audiences, and earned media coverage from some of the most prominently read media outlets. Across all channels, we aimed to spark conversation and transport our audiences through visually inspiring content.

2. Excite and engage with the right audience through an initial paid integrated social media campaign focusing on Twitter and Instagram. The paid campaign was accompanied by organic social media content across channels, including a holiday season takeover of the @jpmorgan Instagram channel (only 6 months young at launch), featuring 4 highly-produced Instagram Stories (with ability to swipe-up to landing page), which showcased #NextList2017 items thematically, and supporting 3 Instagram posts. Other platforms utilized organically included LinkedIn and YouTube. The key element for success was making sure we were using extremely high-quality visuals to grab attention, inspire, and captivate our audiences.

3. Leverage influential members of the #NextList2017 such as recording artist and original 'Hamilton' cast member Leslie Odom, Jr., The Tippet Rise Art Center and actors from 'The Great Comet' to amplify our message on their own social media profiles. Leslie Odom, Jr. took the time to do an exclusive sit-down interview with our head of Asset Management Communications, which we distributed across all digital channels.

Social Media: The #NextList2017 outperformed our benchmarks by more than triple in all target markets, including reach, engagement, and click throughs. Significant success was seen in key business markets where we were able to focus messaging towards distinct client verticals, such as San Francisco. This region is important to several lines of business, including the Private Bank, who is continually serving new clients in the market. The social media messages directed to the HNW audience in this market garnered an engagement rate more than 8x the benchmark, and our videos were viewed at a rate 4x higher than benchmarked. Video content performed the strongest across all audience verticals, averaging view rates nearly 3x the benchmark across all markets and targets. Several list members shared their enthusiasm about being on the list with their social networks, and the interview with Leslie Odom, Jr. was one of the most successful pieces of content, edited down to several clips used across Twitter, Instagram, YouTube, and LinkedIn. These clips received overwhelmingly positive sentiment and helped to elevate the "exclusiveness" of the list in the eyes of user, garnering nearly 1 million impressions alone.

Video for New experiences for the new year: Discovering 'what's next' with the J.P. Morgan #NextList2017 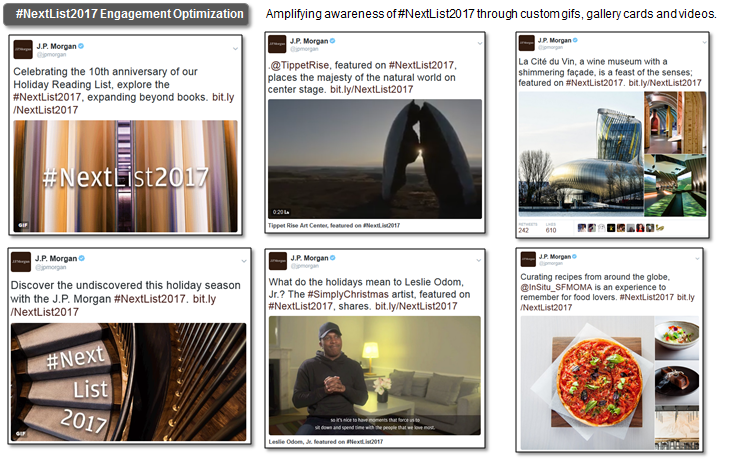 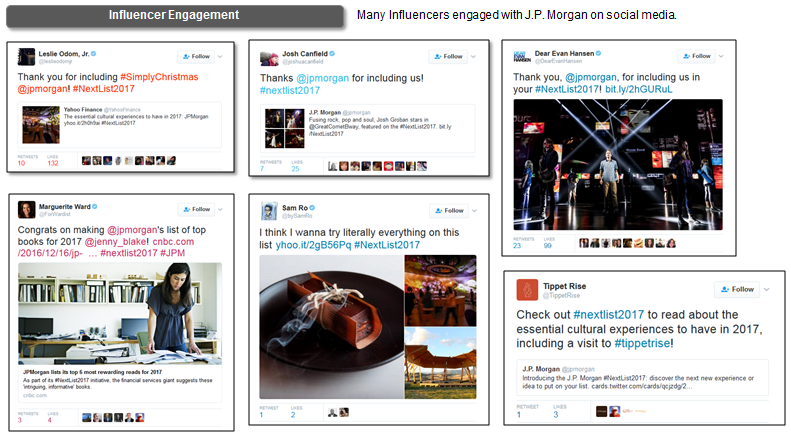 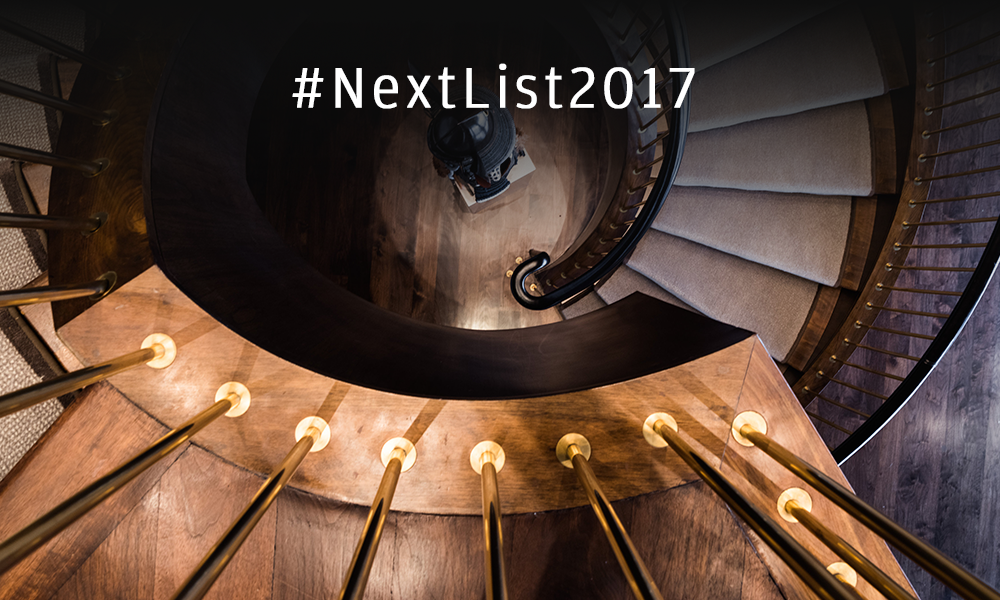