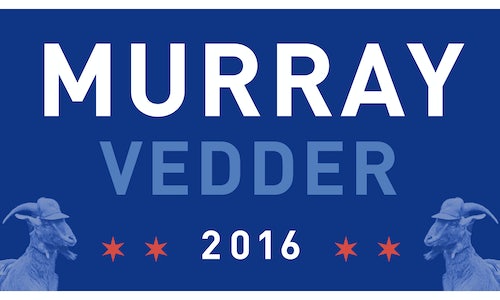 By late 2016, we'd had enough. The presidential campaign had divided America more than ever and put us at each other's throats. That was a problem. But in Chicago, we noticed the Cubs' first World Series Championship in over one hundred years had brought the city together.

As election day approached, the negativity of the 2016 presidential campaign was reaching a head. So, we needed to quickly respond by spreading the hope and unity we found in the streets of Chicago across the country. The challenge was, the clock was ticking. In four days, the election would take place and we'd be stuck in our disjointed ways.

While Chicago was rallying around their common heroes, the rest of the country was being torn apart by their enemies. To solve that, we brought America together by catapulting the ultimate Chicago heroes and faces of Cubs nation, Bill Murray and Eddie Vedder, to the national stage – the 2016 presidential election.

Success didn't mean winning the White House, it meant bringing a little levity to an otherwise heavy time. We did that by immediately responding to the enormous positive momentum of the Cubs, to build a grassroots campaign that changed the national discussion from hatred to humor.

The Murray Vedder 2016 Presidential ticket was supported by a video shared across the internet, lawn signs in the yards of people who typically hate politics, buttons worn on hats, jackets, and backpacks, posters at watering holes, and good old-fashioned word of mouth. Together, they quickly infused the positivity of Chicago into the negative world of the 2016 presidential campaign.

In four days, we reacted to two major events through real time response, the election no one thought would end and the World Series no one thought was possible. We earned: 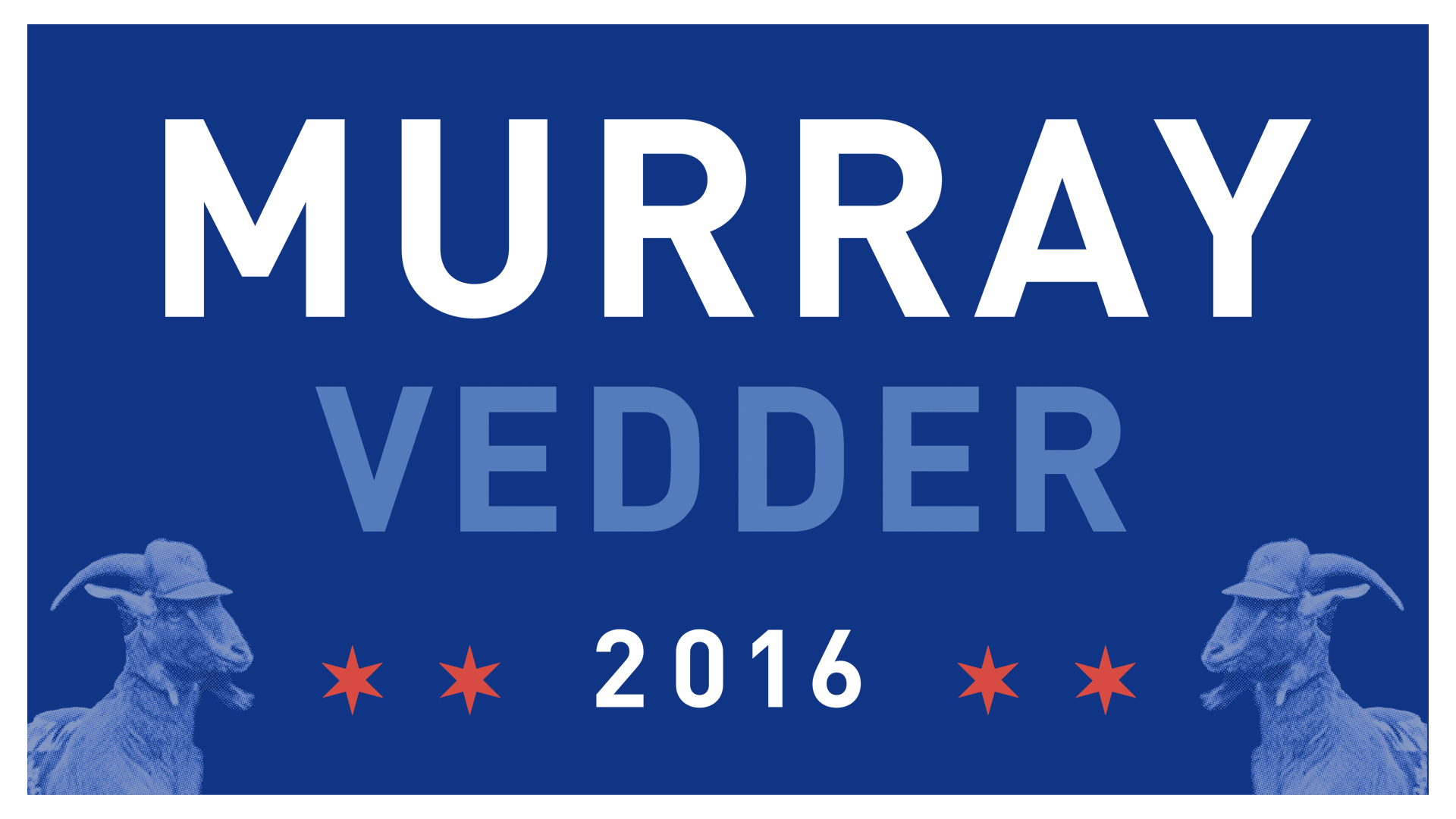