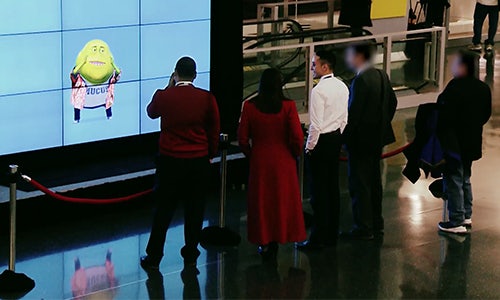 Cold and flu season descends upon millions of Americans between October and March and, for six months out of the year, brands fight to regain awareness and consideration. The problem is, people don't engage with the cold and flu category unless they're actually sick. But would this change if they came face to face with the very booger that infects them? We wanted to force people to think about being sick during the final peak of cold and flu season to ensure Mucinex was top of mind when they got to the shelf.

When we repositioned the Mucinex brand in 2014, we transformed "Mr. Mucus" from representing mucus in your chest to standing for the misery sickness brings to your life. By bringing him out of the chest and into the real world in our commercials, we created an antagonist-protagonist rapport between Mr. Mucus and the sufferers.

But we wanted to take Mr. Mucus one step further into the everyday lives of real sufferers, in the worst and easiest place to fall victim to him: the airport. By inserting the walking, talking booger into real life, we were literally able to interrupt people as they were coming from or leaving for vacations – as sickness often does. Plus, gain top of mind awareness as the number one OTC cough, cold, and flu medicine. We then spread the sick to social media, leveraging the funny interactions we captured across YouTube and Twitter for even more reach and awareness.

Research told us there are places and times that trigger people's worry about getting sick: cold weather, crowded indoor places, being around other sick people, and right before vacations. And if you mix all of these triggers together, what do you get? An airport.

If we couldn't get people to engage with Mucinex unless they were sick, we would send Mr. Mucus out into the world to engage with people who were probably worrying about getting sick. At JFK International, to be exact.

Bringing Mr. Mucus, an animated character, to life in an engaging and interactive way presented a large technical challenge. We partnered with a visual effects company to create first-of-its-kind, real-time, motion capture technology. In order to address passersby from a massive digital billboard, Mr. Mucus needed to be rebuilt in a new program, a gaming software called Unreal Engine, that allowed for his real-time movement. And with 89% of people linking Mr. Mucus to our brand, we went through 242 hours of coding to ensure this new version looked like his usual, slimy self.

A custom Xsens MVN full-body wearable suit and a Facewares helmet with 30 different motion capture sensors were created and fitted to the comedian who plays the voice of Mr. Mucus. The suit and helmet, along with a direct, visual feed to the airport terminal, enabled him to interact with people as Mr. Mucus by capturing his movements and facial expressions and translating them to the digital billboard. If our comedian smiled, Mr. Mucus smiled. Hidden cameras captured people's funny, grossed-out reactions. Films such as "Ted" and "X-men" have used the Xsens suit to create its characters, but this was the first time the mo-cap wearable was combined with Unreal Engine for a real-time experience.

The result was a truly interactive experience that created engagement with a cold and flu brand (a usually low-involvement and only seasonally relevant category) unlike ever before. The content captured from the event proved just as contagious, and spread quickly as :15 and :06 YouTube pre-roll videos and promoted Tweets.

Featured as Creativity's pick of the day 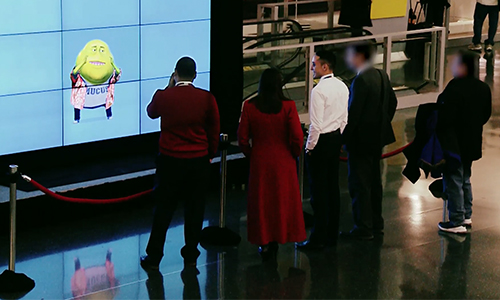 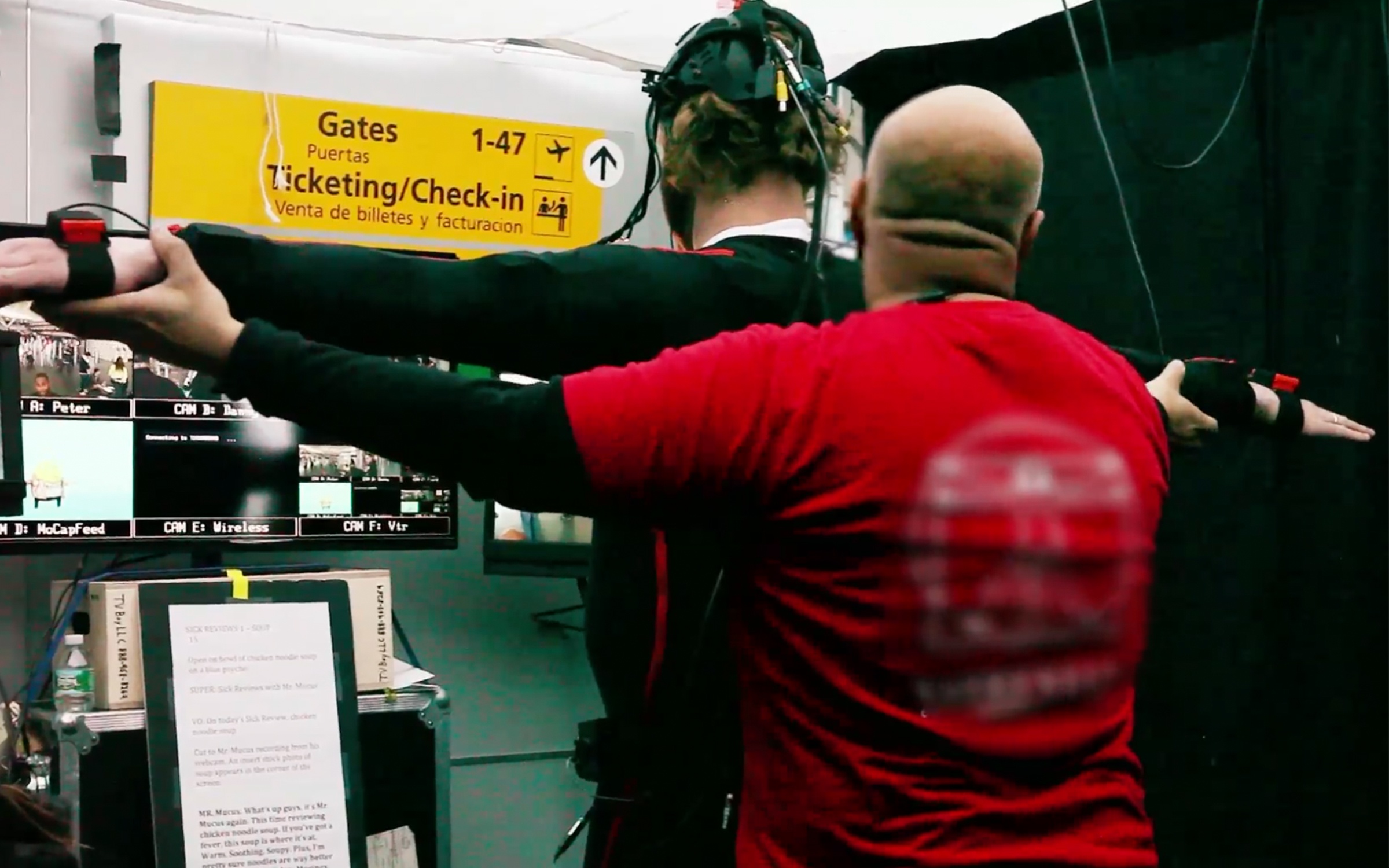 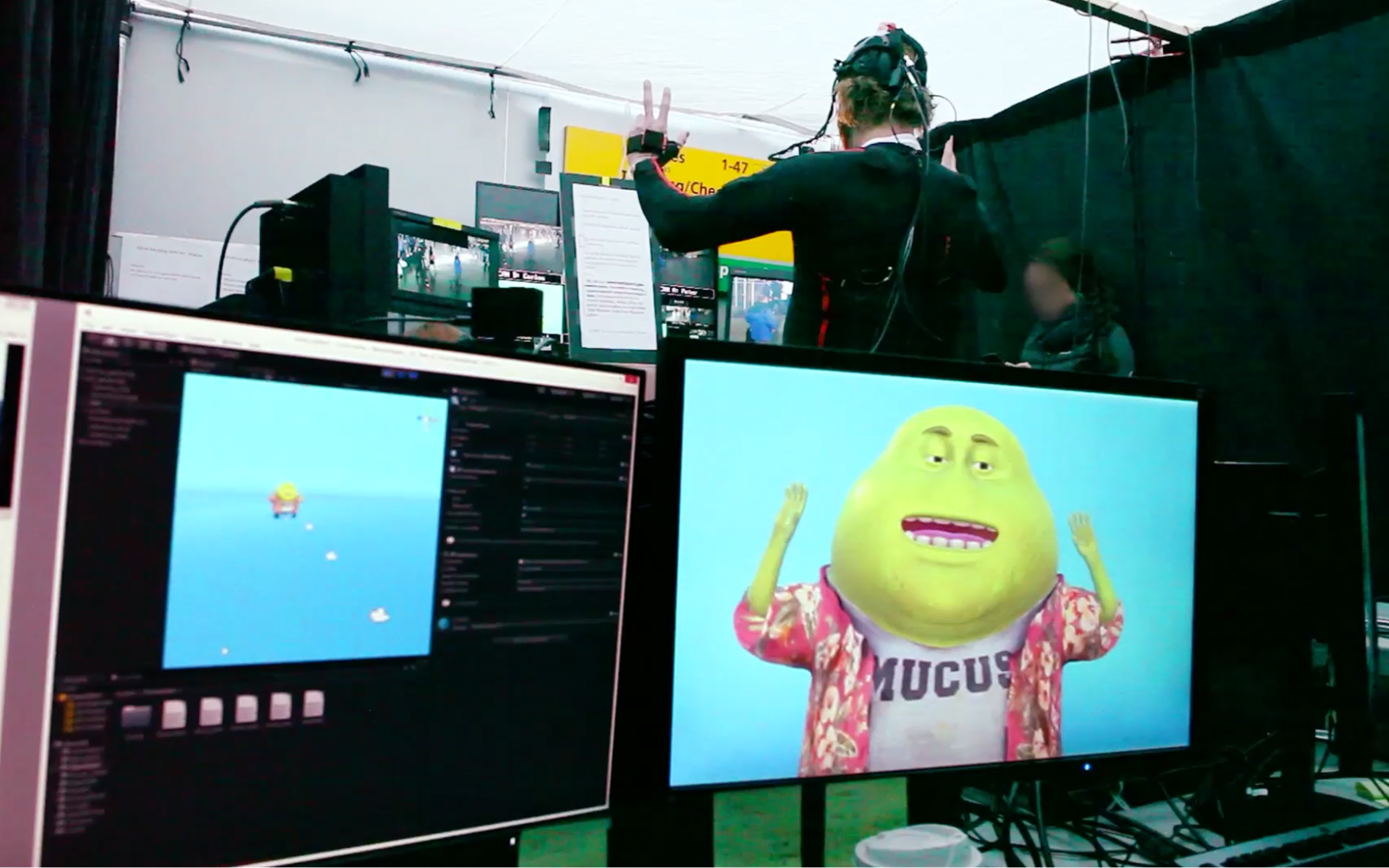 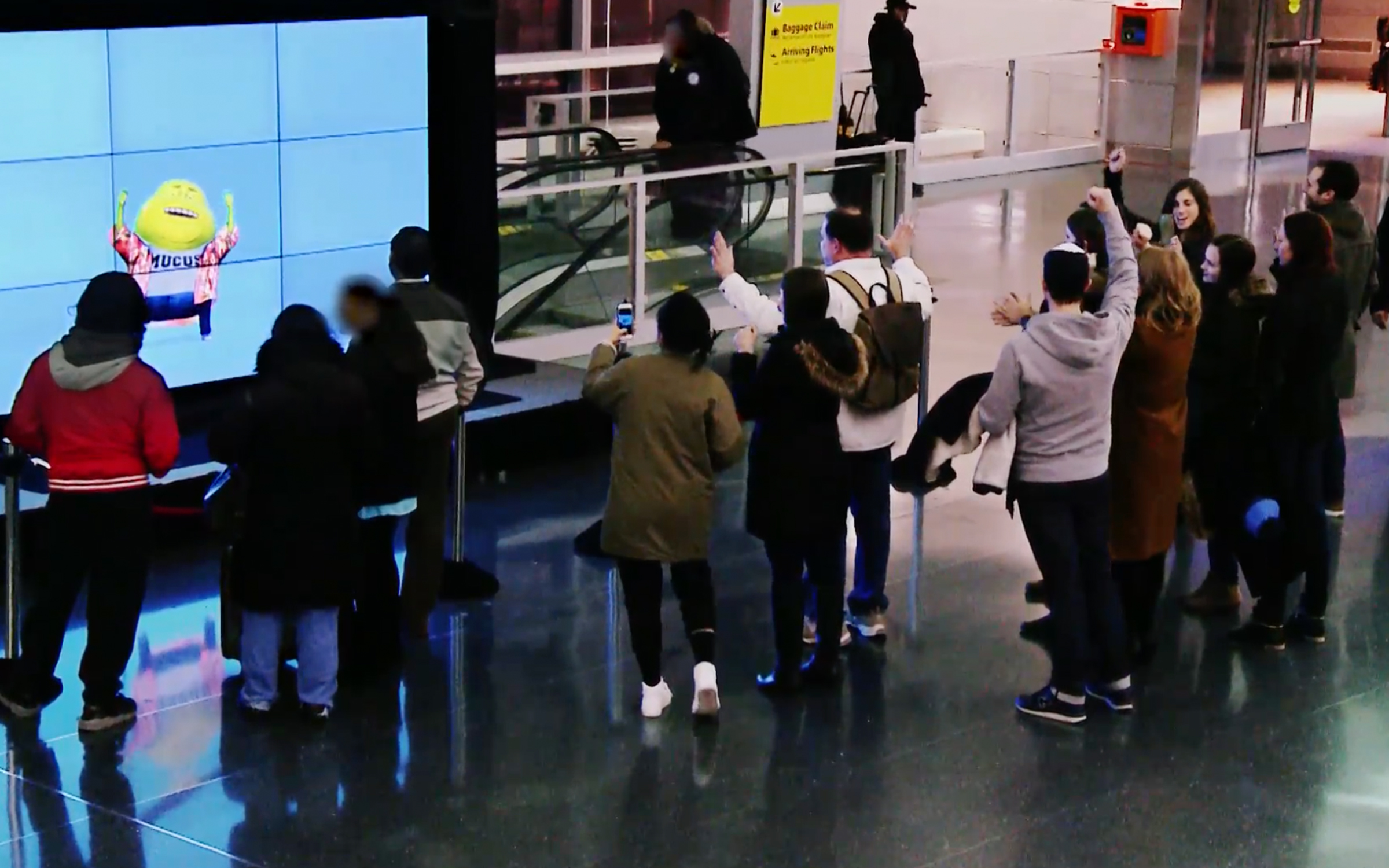