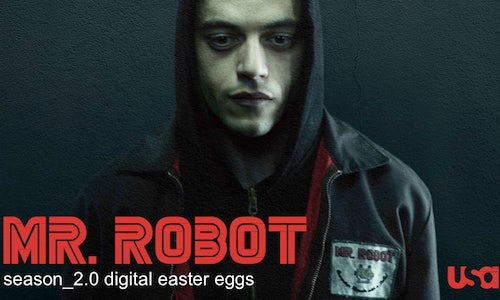 In its first season, USA Network's groundbreaking series Mr. Robot exploded onto the scene, tapping directly into peoples' emotions around some of the biggest issues of our day and inspiring immediate and passionate fandom. Not only was it the breakout show of the year, but it also generated an unprecedented level of audience connection and engagement, with fans analyzing every detail, debating and discussing the show endlessly on social media and online message boards.

To enhance and deepen that fan engagement for season 2, USA Network constructed an innovative and ambitious multi-platform gamified experience that added to the mystery of the show and rewarded fans for leaning in.

It all began with the very first official Mr. Robot season 2 trailer. While not highlighted or called out in any way, sharp-eyed fans noticed that, for a split-second about halfway though the trailer, a phone number was visible on the side of an evidence box. Calling the phone number brought users to a help line recording from E Corp, the evil corporate entity from the show. Listening to the message, fans suddenly heard the Mr. Robot's hacker collective, fsociety, break in with a quote and a series of mysterious beeps. Deciphering those sounds yielded a URL, which brought users to an E Corp help page that quickly deteriorated into an fsociety puzzle portal.

Message boards, social media and the press picked up on the hidden clues immediately. Fans swarmed to Reddit, where they worked together for 11-hours straight to solve the complex series of puzzles. The select few who made it all the way through could apply for a mysterious prize – revealed weeks later to be a custom version of the Mr. Robot signature black hoodie, produced in a secret partnership with American Giant. (How many prizes were awarded? Five hundred and nine, of course – a reference to 5/9, a key date in Mr. Robot).

As season 2 kicked off on-air, fans soon discovered that the hidden messaging in the trailer was just the beginning. Throughout the season, any time any URL, email address, IP address, or QR code was visible or referenced in an episode of the show, fans found that it lead somewhere in the digital world as well. The deeper fans tried to engage, the more they were rewarded for investigating either through sweepstakes prizes or with exclusive content. Over the course of the season, over 40 "Easter eggs"—cleverly hidden messages and story extensions—were placed in conjunction with on-air episodes, leading fans to various destinations across multiple platforms. Many of these Easter eggs presented mysterious, unexplained puzzles that required knowledge from the show to unlock. Some enabled fans to uncover new content, while others led fans to exclusive prizes. Some Easter eggs were solved quickly while others took fans an entire season to crack. As of today, one final clue remains unsolved – and this final clue, when unlocked, will launch a final, massive puzzle series that will require knowledge from every in-season Easter egg to solve. The winner will be rewarded with the ultimate fan-prize, to be announced upon completion. All of the Easter eggs in this digital Easter egg hunt were in-voice and in-fiction and deepened fans' connection with Mr. Robot in unexpected and deeply satisfying ways.

The Mr. Robot season 2 digital experience defied everyone's expectations; social media exploded and message boards all across the Internet came together to trade secrets, share clues and join the revolution together. Social media played a crucial role in energizing this experience; although fans were entered into friendly competition, there was a staggering amount of group participation and communities of deeply engaged fans were formed through social media to solve the puzzles together. The custom websites involved in this gamified experience have earned over 1.3MM page views and even 5 months after the Mr. Robot season 2 finale on-air, fans are still engaging and trying to crack the unsolved Easter eggs. The season-long digital Easter egg hunt took the show's mystery to a whole other level and engaged fans in a deeply satisfying way that helped build more intense and passionate fandom. 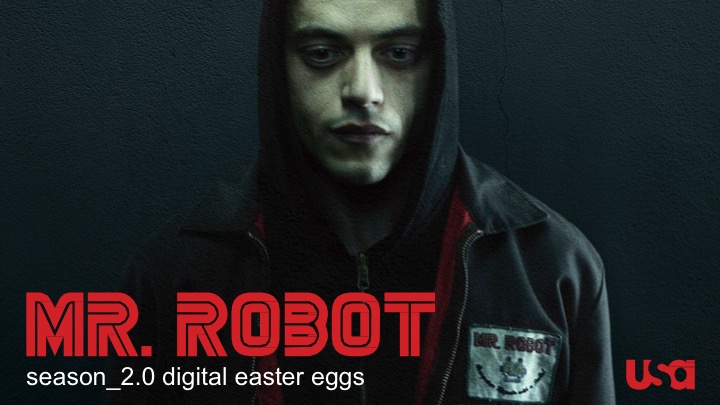