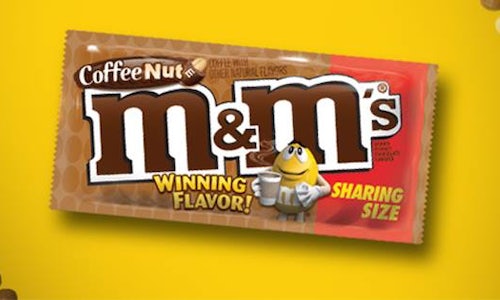 For 75 years, M&M'S has been the People's Chocolate, and for the first time in its history, the brand decided to let its fans decide the next M&M'S Peanut flavor. The campaign kicked off in March 2016, with Honey Nut, Chili Nut and Coffee Nut, vying for America's heart and taste buds.

The campaign set out to accomplish the following:

To get the word out about the Flavor Vote among consumers and drive media attention, the brand took inspiration from the timely political campaign trail and:

- Partnered with nine top and mid-tier social influencers including, Liza Koshy, Darius Benson, Matt King and others, to rally their fans on social around each of the three flavors and encourage trial and voting as Campaign Managers.

- Enlisted 20+ visual content creators from a social influencer network to encourage trial and votes for their favorite flavors as Campaign Staffers.

To amplify the Flavor Vote campaign on social media, we leveraged a number of tactics to drive awareness, garner excitement, and trial and voting among fans, including:

- Developed a memorable campaign hashtag (#MMSFlavorVote) to drive awareness and votes on social.

- Designed a content strategy to keep fans engaged throughout the campaign period (even after voting was closed), called the Peanut News Network (PNN).

- Amplified the on-the-ground Flavor Vote sampling tour through custom creative content and geo-targeted social posts to garner excitement and participation across the US.

- Leveraged the existing relationship with race car driver Kyle Busch, his wife Samantha Busch and his coach Joe Gibbs to help encourage their fans to try the three new flavors and vote for their favorite.

- Engaged with influencer partners and their fans across the social sphere.

After strong consumer reaction to the #MMSFlavorVote, M&M'S announced Coffee Nut as the winning flavor on social and M&M'S World Jumbotron with a third and final video featuring Tony Hale.

As a result of the campaign kick-off (March 2016) and winning flavor announcement (July 2016), the M&M'S Flavor Vote campaign resulted in: