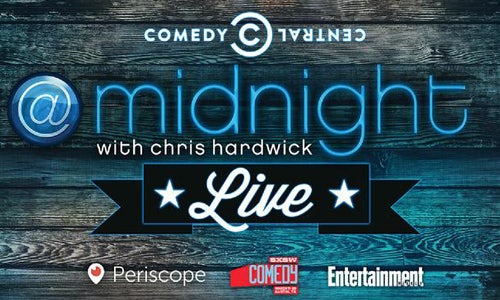 @midnight Live at SXSW on Periscope

The objectives of @midnight's live show at SXSW were twofold. The first was to bring our internet-focused show to a SXSW where it could be enjoyed by a large gather of internet-focused individuals. The second was to create a new model for the way our show is consumed. In our traditional linear broadcast, we are able to interact with our fans online, but not in real time. By using Periscope, we were able to bring immediacy to the interactivity that our fans have come to love. We also jumped at the creative challenge of distilling our entire broadcast operation down to one smart phone.

We worked closely with Twitter/Periscope to produce our live episode. Our crew of 100+ people was reduced to one man and an iPhone. Beyond having the opportunity to watch and comment live during the show, @midnight fans were also able to use Twitter polls, allowing them to choose the games that would be played. During breaks, Chris Hardwick responded to live fan comments inside the app, keeping them engaged at every moment of the broadcast.

In addition to the successful digital extension of our show, we also had a full house for the broadcast at SXSW with lines extending for blocks of people who wanted to take part. Our ability to bring immediacy to the interactivity of @midnight makes it a model that we would use again. 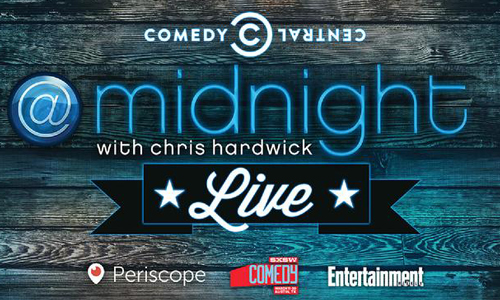