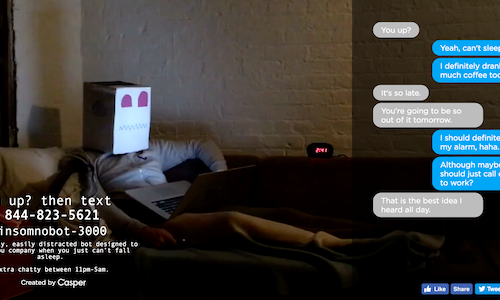 No matter how comfortable your mattress is, some nights it's still impossible to fall asleep. Whether you stayed up late binging on Netflix, tried to get to inbox zero, or gulped down coffee at 4pm, insomnia is real. It's easy for the loneliness to set in at 1am when it feels like the rest of the world is already sound asleep. Casper wanted to provide instant friendship in the middle of the night.

Insomnobot-3000 is the world's first bot that's only available to chat between 11pm - 5am — the time when you can't sleep and all of your friends have already turned their phone on silent for the night. The bot was programmed to sound like a real person and can talk to you about almost anything. Ask it about its weekend plans or discuss the virtues of the midnight snack. Like anyone trying to hold a conversation in the middle of the night, it's easily distracted and has a tendency to steer the conversation towards its own interests. Perfect for those who can be a bit shy. We wanted the bot to sound as human as possible — someone you can confide in and treat as a fast friend. We conducted extensive user testing to find out what people wanted to talk about at night and narrowed in on popular topics like Stranger Things, favorite throwback reruns, and not surprisingly, pizza.

Insomnobot-3000 was featured in more than 30 outlets including Refinery29, New York Mag, Inc., Elite Daily, Venture Beat, CNET, Trend Hunter, Digiday, Lifehacker, R/GA FutureVision, Cool Hunting, PSFK, Digital Arts, Springwise, and American Genius. It aired on CBS news in 8 major markets, was applauded in the CMO's Guide to Chatbots on Adage, and was included in "3 Examples of Tech Marketing We Wish We Thought of First." Screenshots of funny conversations with Insomnobot filled newsfeeds, and users continue to text Insomnobot night after night. 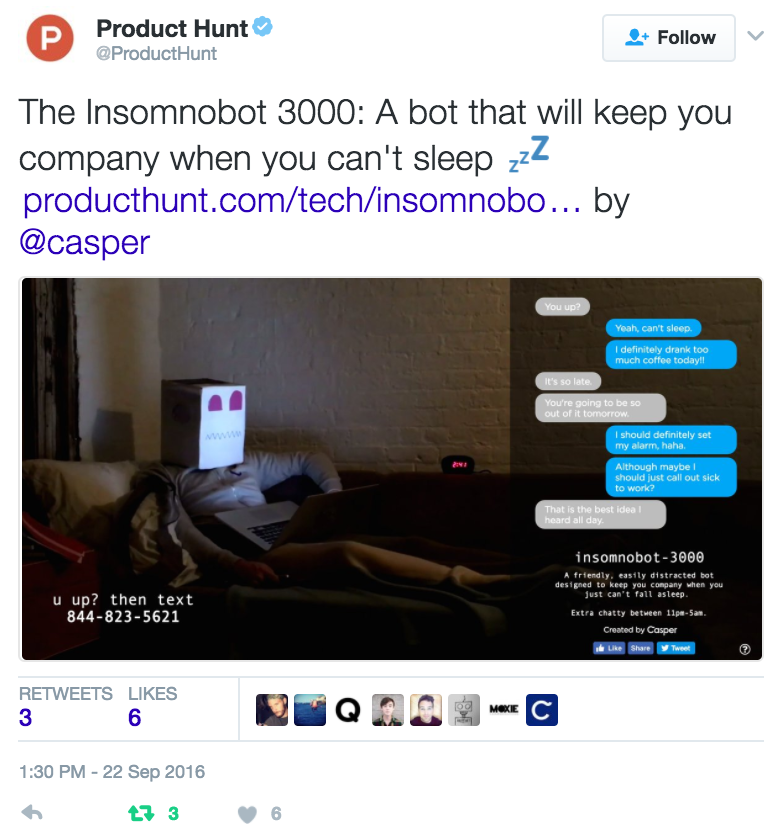 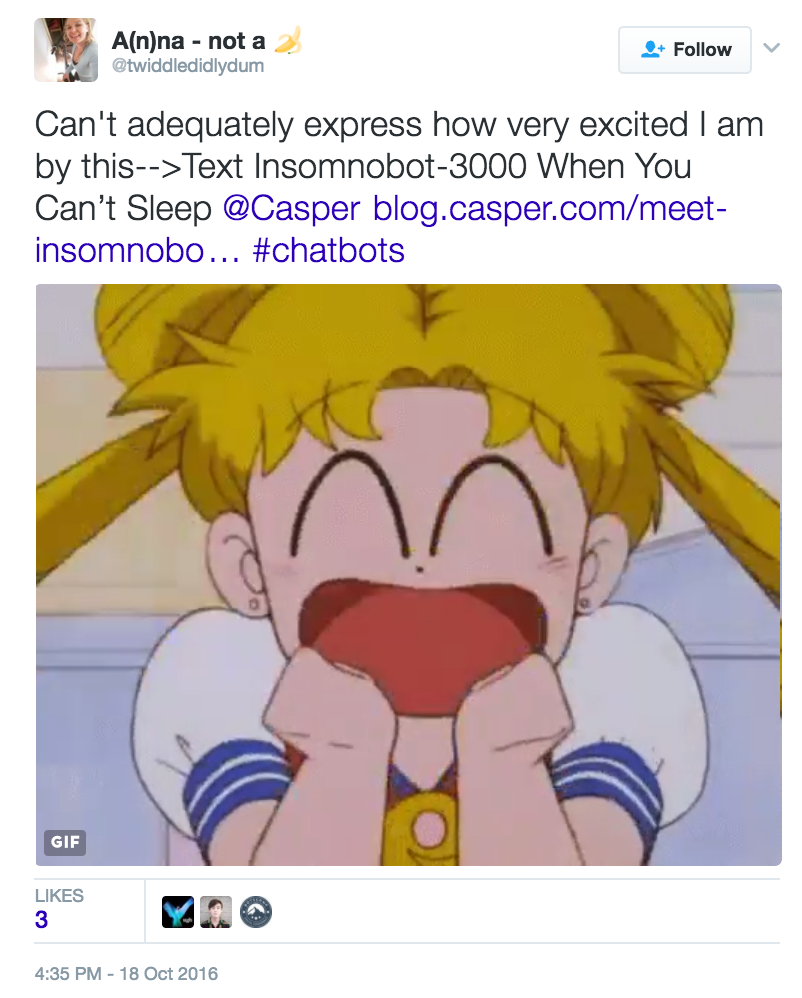 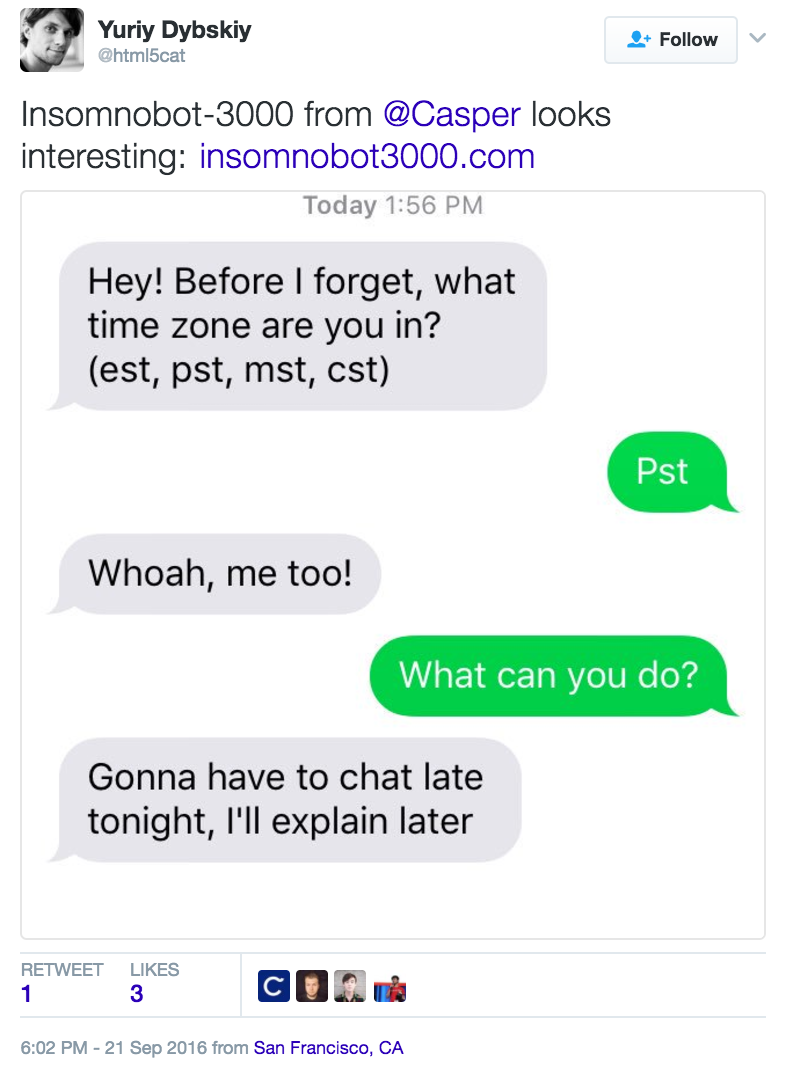 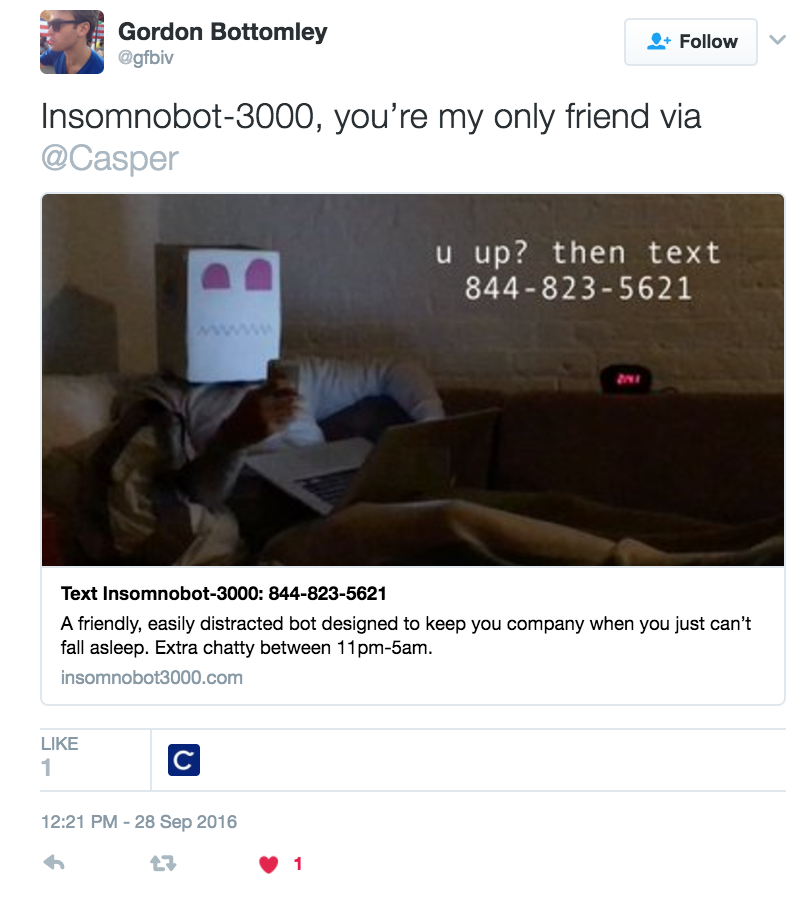