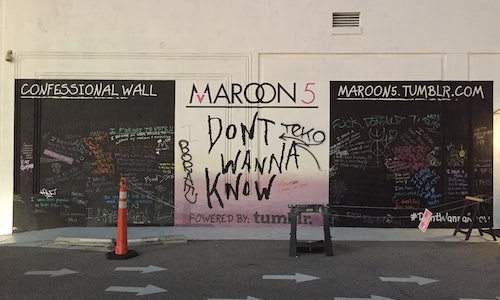 The objective was to build a very personal and effective campaign that allowed fans to confess some of their deepest, darkest confessions in line with the theme of the band's single, titled "Don't Wanna Know". Fans around the world were prompted to share their secrets which resulted in a huge impact and an incredible rate of user generated content.

The strategy was one that focused on simplicity and authenticity of secrecy. Maroon 5's social platforms lead fans to an in real life confessional wall in Los Angeles and the band's Tumblr account for those who could not make it to the location in person. Features included anonymous submissions via the band's Tumblr blog, successful direction of the in real life confessional wall, creating a movement amongst Maroon 5 fans to help drive the point of confessions home.

Results included close to 2,000 entries, over 10 million impressions on the campaign and over 200 entries on our in real life confessional wall. It met our team's goals by creating an impact and developing conversations on so many topics people are sometimes afraid to discuss openly. 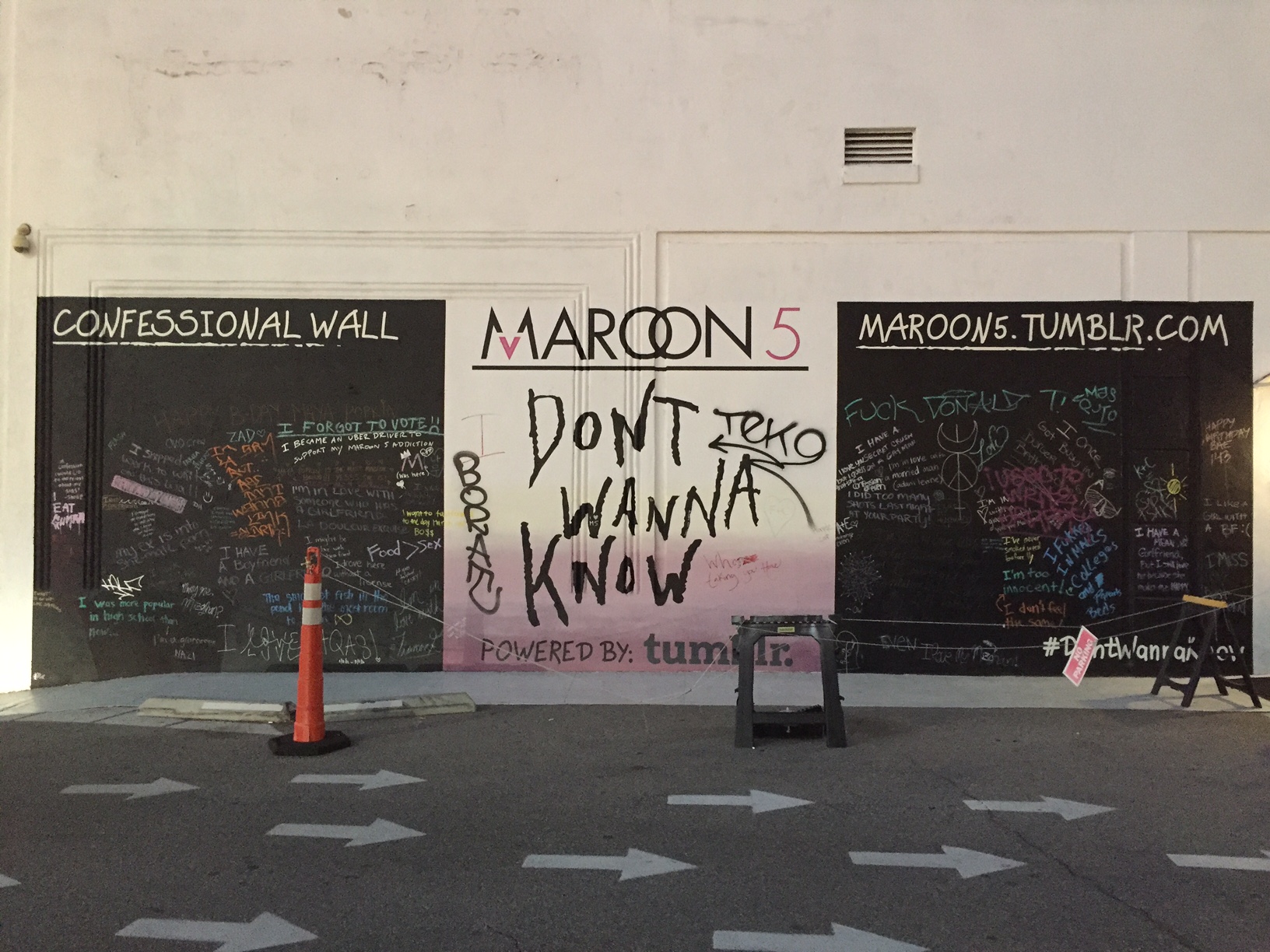 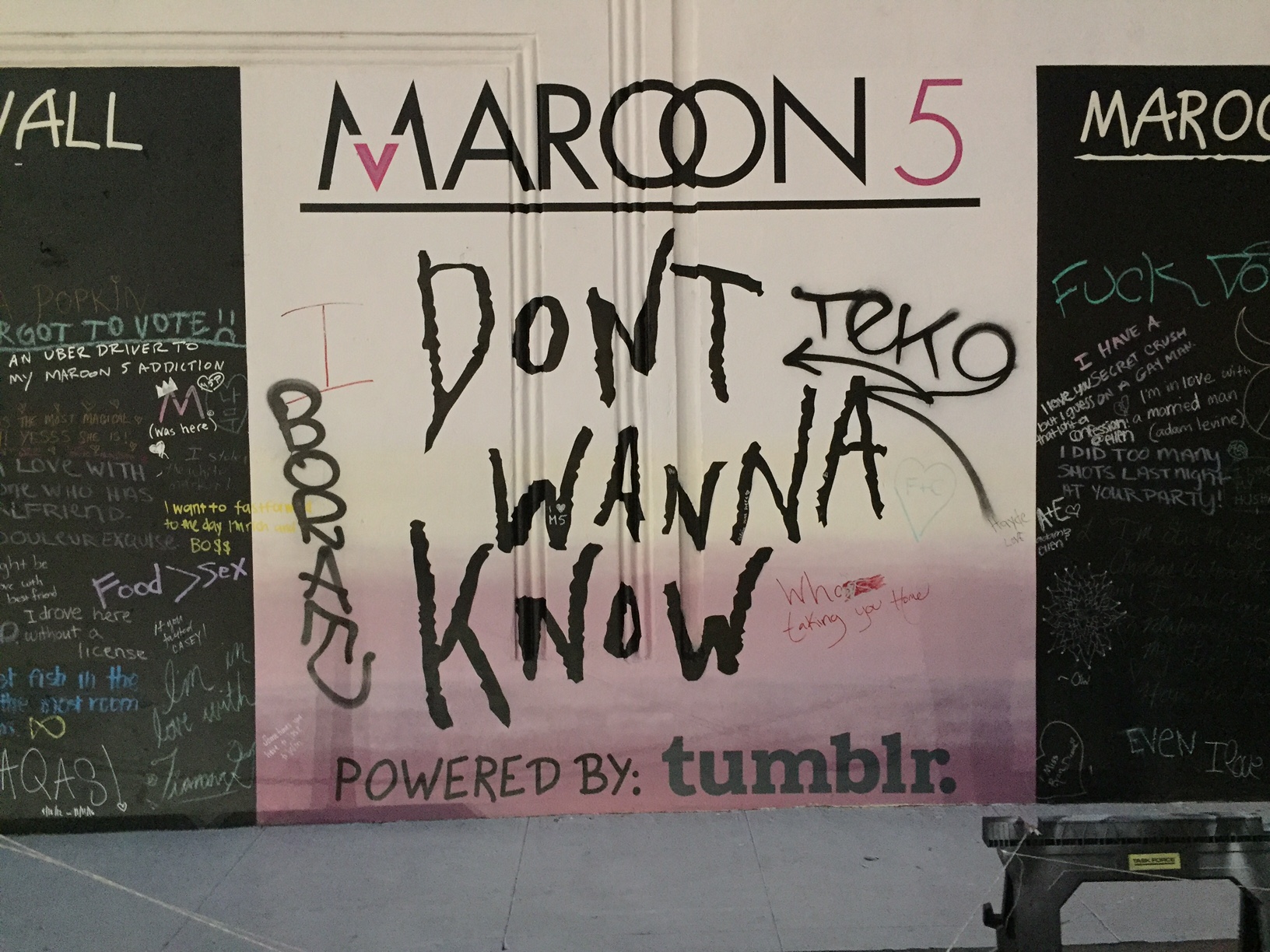 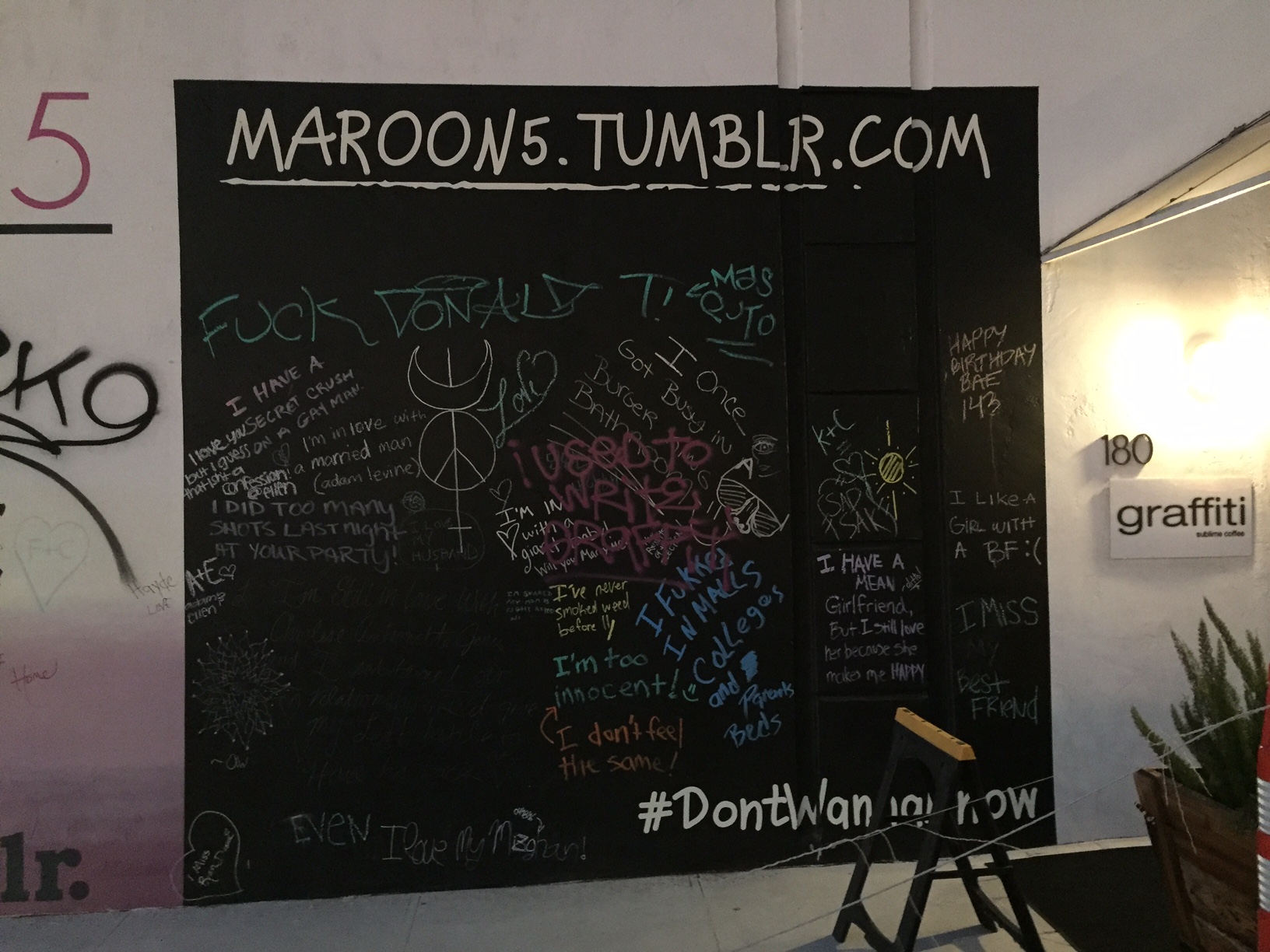