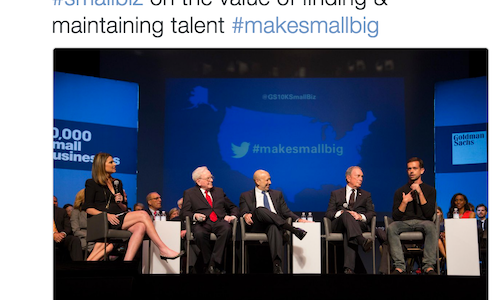 In the U.S., existing small businesses comprise 99% of all employer firms, employ nearly half of the workforce, and account for more than 60% of the private sector's net new jobs.

To highlight the critical contributions small business owners and entrepreneurs have on the U.S. economy, Goldman Sachs (GS) launched a two-phased social campaign, using #MakeSmallBig as the cohesive thread throughout the campaign.

The launch of first phase of #MakeSmallBig aligned with National Small Business Week (May 1-7) and featured posts on LinkedIn and Twitter. These posts highlighted the positive economic impact of small business owners that graduated from the 10KSB program. The content drove audiences to the recently published Stimulating Small Business Growth report – published by Babson College summarizing the progress of over 3,500 small business owners many of whom had completed the 10KSB program. Results of the report show that 10KSB program graduates consistently grow their revenues and create jobs at rates that outperform the broader economy.

The second phase of the campaign launched on June 7th with Goldman Sachs hosting an event at La Guardia Community College in New York, NY. The event was a platform for:

GS utilized Twitter and LinkedIn to communicate report findings and capture and distribute real-time content from the event and encourage audiences to review The State of Small Business in America report. Event attendees were also encouraged to participate in the conversation and distribute content with #MakeSmallBig and the event-dedicated Snapchat Geofilter.

To complement the campaign and extend its reach even further, Goldman Sachs also leveraged its partnership with Huffington Post to update their sponsored section on the Huffington Post website, "What is Working: Small Businesses."

The updates included a Twitter feed, blog posts and stories from the program's academic partners, such as Babson College, graduates of the program and small business thought leaders. The content was supplemented with relevant news articles from Huffington Post's editorial team and curated from other independent contributors, with an aim to create a community and forum to inspire, educate and highlight small business owners and to help them succeed in today's challenging economy. 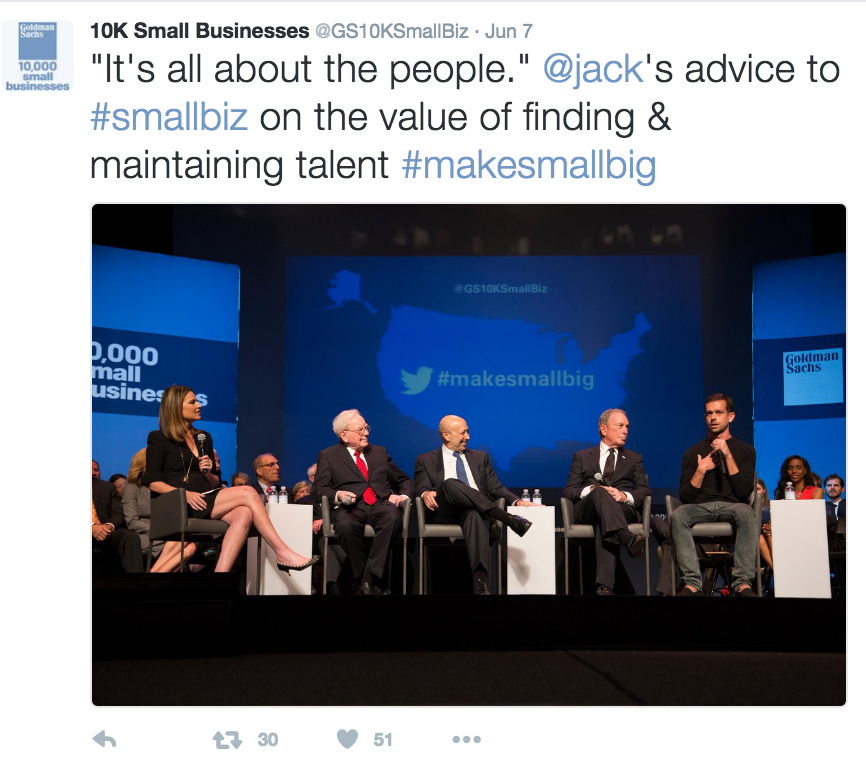