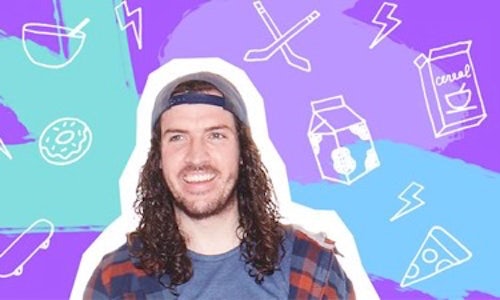 In an era of increased ever more pervasive media fragmentation and ad blocking, it's increasingly hard for brands to connect with young people through traditional advertising outlet. As such, brands are increasingly finding that the best way to market their products is to create entertainment that consumers actively seek out. This is particularly true when marketing to Gen Z, a consumer group who grew up with the Internet, and who not only demand that brands entertain them but that entertainment mutate to engage with them as a friend would. Our challenge was to position AT&T, a 131-year-old company with whom most young people had limited if any direct interaction, as a part of their community, driving brand relevancy and, ultimately preference.

Our response to this challenge was to create a new kind of entertainment for our Gen Z and Millennial target audiences---shows that they could access straight from their mobile devices and that would invite the audience into the creation of the story. Ultimately, each show would create a fan community that engaged passionately with each other, the series, and the influencer—all with AT&T positioned at the center.

AT&T Hello Lab and Internet-beloved snapchatter, Shaun "Shonduras" McBride, joined forces to create the ultimate fan-driven series: "Make My Monday" gave fans the chance to take over not just Shonduras's Snapchat story but his entire day. Every Monday morning, Shaun prompted his fans to send him crazy challenges from their mobile phones that he would complete throughout the day. With AT&T's help, fans were able to connect with Shaun and literally direct his entire show just by sending out a Snap.

From organizing an impromptu meetup at a bowling alley to being hooked by a fishing rod while in a clownfish costume, to crowdsurfing at VidCon, "Make My Monday" delivered great "friendertainment" directly to fans via their mobile phones. Each week brought crazier challenges and gave the AT&T brand increasing visibility as an enabler of great experiences—in this case, giving fans the opportunity to dictate how Snapchat-extraordinaire Shonduras would kick off his week.

"Make My Monday" provided its own set of challenges, since the Snapchat platform allows videos to appear for a mere 24 hours and relies on real time content and fan engagement. To overcome this, we tapped into various parts of Shaun's own social ecosystem and beyond. Throughout the run of his series with AT&T, Shaun looped his "Make My Monday" challenges into his daily YouTube vlogs; creating a more lasting footprint and allowing the series to benefit from Shonduras's channel growth of over 300% between the onset of Hello Lab and the premiere of "Make My Monday."

To expand beyond Shonduras's existing audience, we also utilized various AT&T opportunities. We created an integration for the Academy Awards Snapchat Discover story that featured Shaun alongside other creators in collaboration with AT&T—a move that raised awareness of the project in conjunction with one of the biggest events of the year. An activation on iHeartRadio's Snapchat story, where Shaun skateboarded on a keyboard, further expanded this footprint. And when the X-Games came around, we had Shaun bring his followers along with him to create what became one of his favorite parts of his partnership with AT&T.

"Make My Monday" brought AT&T into the palms of Shonduras's hundreds of thousands of followers. It sparked conversation and drove participation in large numbers, proving that the brand was a welcome addition to the friend group.

"Make My Monday" was an experiment meant to test the boundaries of new media, a move to push beyond prescribed content to create collaborative stories that speak to the hearts of fans—and it worked. Thanks to Shaun's incredible commitment to the creative process behind each episode and his promotion across his YouTube vlogs, along with tie-ins to iHeartRadio, we saw more than 14.6MM views, 22.5MM impressions, and 17.8M engagements. What's even more exciting is that Shonduras's YouTube star was rising during his "Make My Monday" activities—Shonduras had 126K YouTube subscribers at the onset of AT&T Hello Lab and now has over 950K subscribers (over a 650% increase) —meaning that the vlogs that featured the series benefitted from this jump. The series also gained press support from StreamDaily, VideoInk, and Tubefilter (and was also picked up by IMDB).

Fans loved the series, and after the seven episodes had come and gone, they didn't want to see it end—even after the crazy finale at VidCon, where Shonduras crowdsurfed and had the ultimate high five chain—34 high fives in just 10 seconds! "Make My Monday" put power into the hands of Shonduras's hundreds of thousands of followers, and the response was explosive, with endless comments awaiting each Monday and countless fans sending their thanks to AT&T for making it all happen. 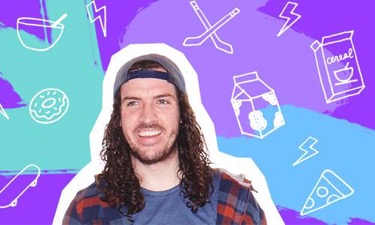