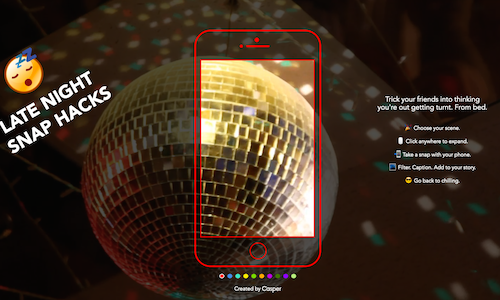 Casper's goal was to eliminate the pressure of going out on the weekend — when we know all you really want to do is sleep.

Ordering pizza, watching a movie, and going to bed early on a Friday night is ridiculed, and even more importantly, isn't suited for a social media post. Every weekend, newsfeeds flood with pictures of parties, clubs, dinners, and drinks. No one is proud to showcase their personal pizza, pajamas, and Apple TV remote.

Even though the desire to stay in is real, ultimately, people cave to celebrating someone's birthday or taking advantage of yet another happy hour special. And by the end of the night, you can count on seeing at least 12 Snapchat stories and 7 Instagram posts from every late-night gathering.

Casper wanted to empower tired party-goers with everything they need to ditch unwanted plans without feeling guilty or embarrassed.

Casper created a way for people to trick their friends into thinking they're out… from bed. Late Night Snap Hacks is a digital experience filled with snappable videos, meant to be used on your desktop. The site shows you where to hold your phone up and record the video to make it look real. Add a filter, a caption, and post it to your story to make it look like you're having the time of your life.

The website hosts a variety of pre-recorded videos that you can use to make it look like you're out on the town. Whether you're the type to go to a rave, concert, club, dinner, or just stroll down the street — there's something for everyone. No one needs to know you're really just at home watching Netflix.

Users can continue to take endless Snapchats to make it look like they are out every night, all from the comfort of their own bed.

Late Night Snap Hacks was used and praised by celebrities like the Lonely Island and Ashton Kutcher, and featured in Mashable, Teen Vogue, Billboard, The Next Web, The Daily Dot, and tens of others. Not to mention: It was also featured front and center on Mashable's Snapchat Discover feed. The site saw more than hundreds of thousands of site views within the first few days of launch. We racked up so much buzz that if you typed "lat" in Google, Late Night Snap Hacks was the third to come up and if you searched "late", it was the first. 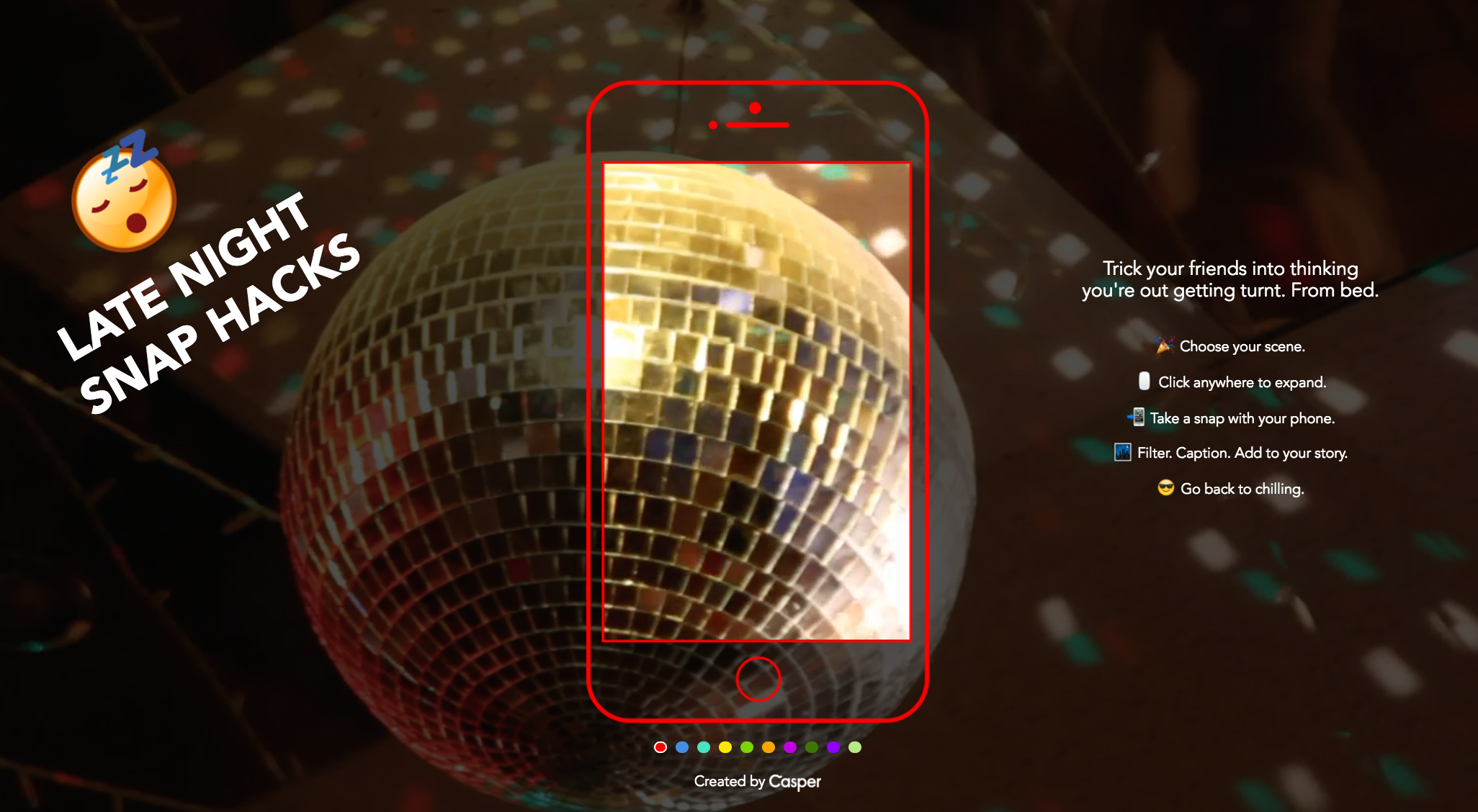