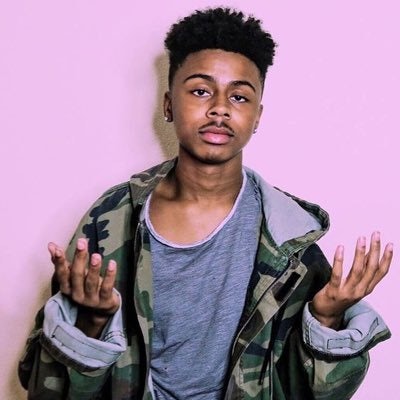 Winner in Viner of the Year (Last One Ever)

Detroit’s Kenny Knox started out on Vine just reposting other people’s videos, and now he’s one of the platform’s young stars, with 1.5M+ followers and nearly 1 billion loops. With a toothy grin and a high head of hair, he goofily riffs on pop culture (both new and old), life in the city, and a recurring gag to “fuck it up,” often collaborating with other popular Viners like MeechOnMars and Dope Island. This year, he was one of the creators chosen to be in Camp Unplug, Vine’s first long-form series, and also launched his Flex World Tour line of (sold out) clothing. He is now taking to other outlets, like his @KennyKnox Twitter and @kennyjknow Instagram, as well as YouTube, where he recently released #HalloweenHunters, the first short film he wrote and directed. F*ck it up, Kenneth!