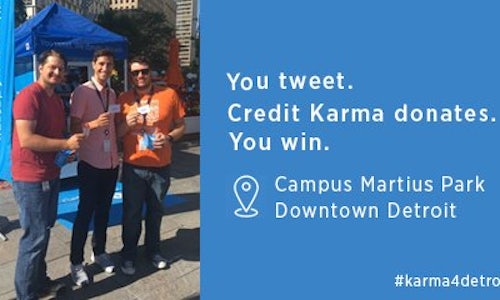 Founded in 2007, Credit Karma is a personal finance company that's focused on helping everyone make financial progress. We partner with Operation HOPE, a nonprofit focused on economic empowerment and promoting financial dignity throughout the world. In urban areas around the country, many people often don't have access to financial literacy education, or even a reliable Internet connection, which can affect their credit negatively and may also contribute to economic inequality.

Reaching Detroit's inner city, the free programming includes coaching and counseling on credit and money management, small business development, homeownership, and youth financial literacy and entrepreneurism. Programs are tailored to teach participants financial literacy and to empower them with the fundamentals to build their own businesses, raise their credit scores, buy homes, or simply make better decisions with the money they have.

The Credit Karma and Operation HOPE partnership began with a public event at Campus Martius Park from July 20 - 21, 2016. Using on-site "Instant Credit Karma Machines," Detroiters shared their love for the city of Detroit on social media using the hashtag #karma4detroit. The automated machines also delivered a mystery prize box, which celebrated Detroit, including tickets to the MO POP music festival and Detroit Tigers baseball games, gift certificates to local restaurants and other local-themed gifts. But most importantly, each social media share triggered an $8.50 donation – representing a perfect credit score – to Operation HOPE from Credit Karma on their behalf. The $8.50 donation would allow Operation HOPE to enroll a Detroiter in one of its coaching and counseling programs.

As a part of the kick-off activities, Detroiters also had the chance to share their personal dreams for Detroit offline at the MO POP Festival. Festival-goers and other Detroiters created a stunning display of colorful streamers; it also gave participants even more ways to share online.

The #karma4detroit hashtag spread exponentially beyond the borders of Campus Martius Park. Local influencers, including Detroit media and civic leaders, took notice and amplified the real-life events online. Detroit influencers – The People of Detroit, J'Adore Detroit and others – also blogged, created their own complementary content and shared on social media. We also promoted their work through Facebook and other local event listings and setting up a Snapchat geo-filter.

The partnership with Operation HOPE became one of the most successful social cause activations for Credit Karma. The activation brought the city of Detroit together by empowering the local community to reflect on their progress and accomplishments, along with financial empowerment.

- The "Instant Credit Karma Machines" on-site at Campus Martius Park operated for 33 hours and generated 2,135 interactions, or more than one person a minute.

- Local news media, including the Detroit Free Press – the largest daily newspaper in Detroit – also covered the activations and the trending #karma4detroit hashtag. 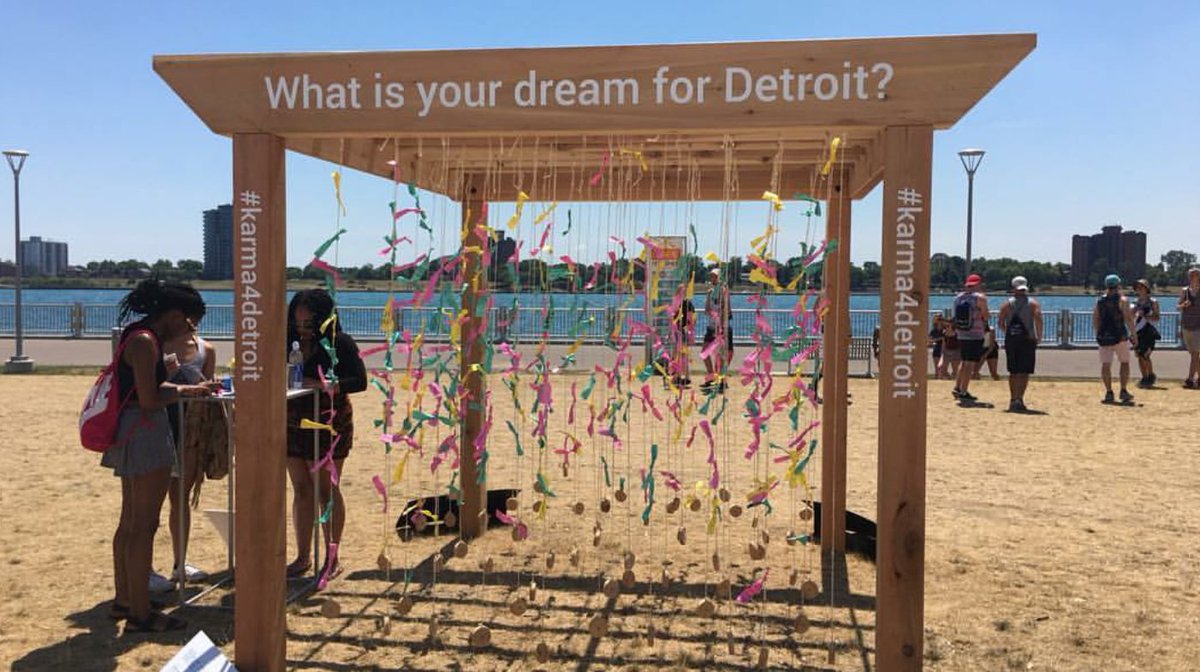 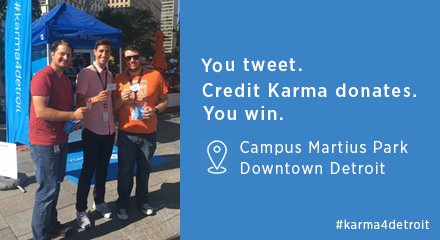 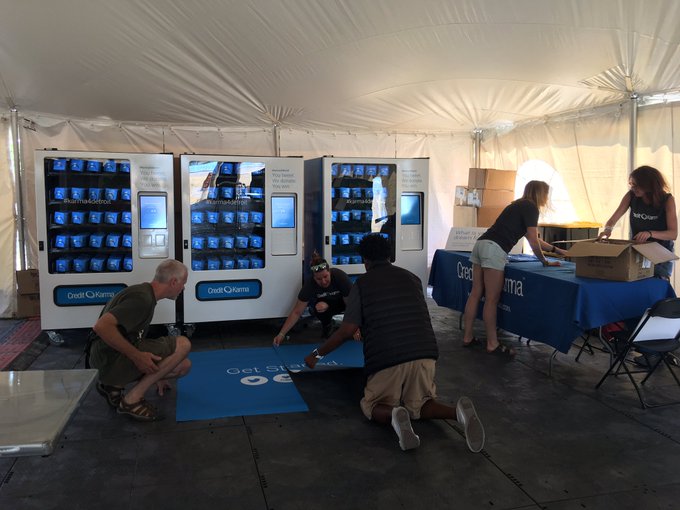 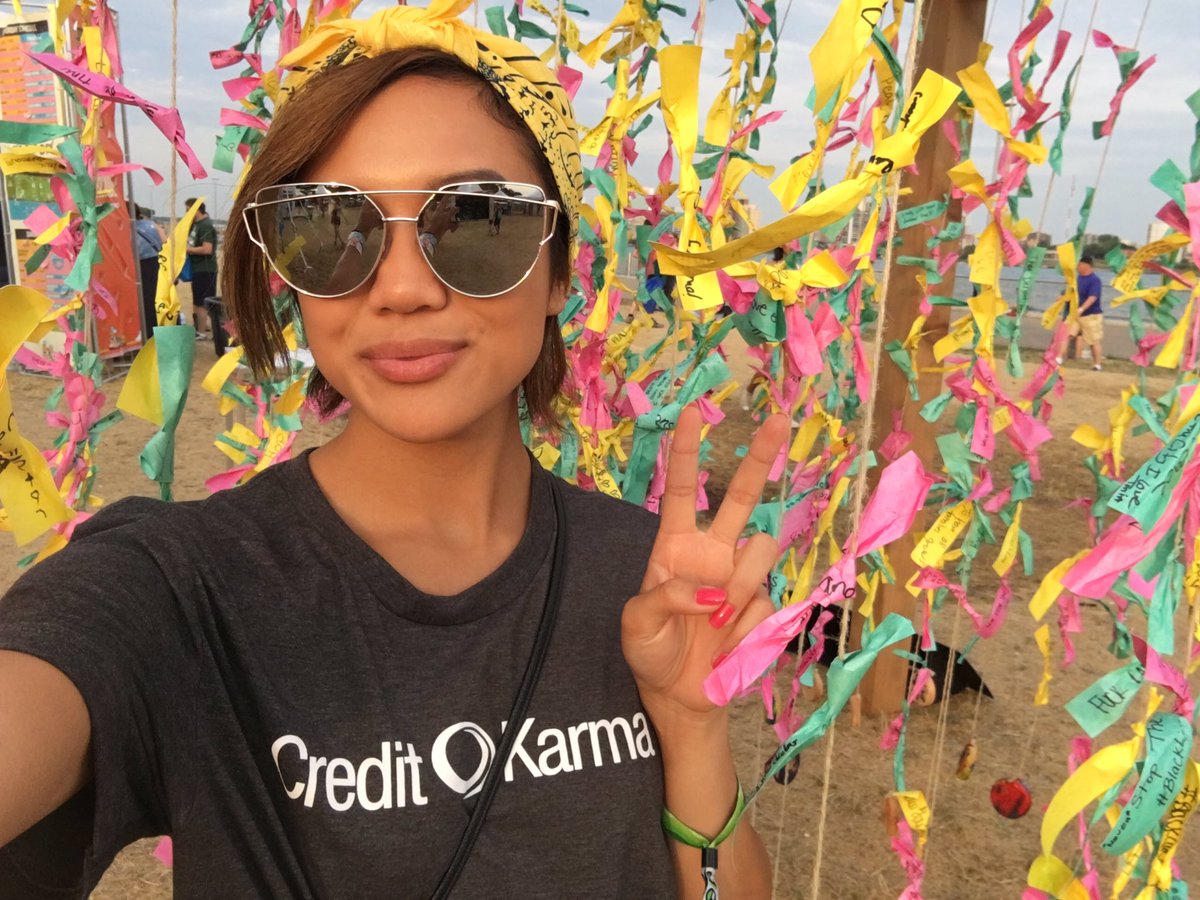