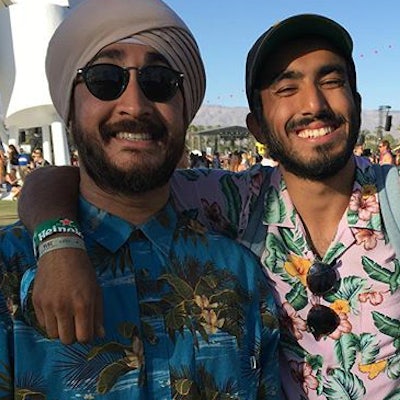 About Jus & Wahlid at Coachella

Jus & Wahlid at Coachella is, like the name suggests, a bunch of vines of comedians Jus Reign and Wahlid Mohammed going to the Coachella music festival. Jus & Wahlid vined the whole trip together alongside the catchiest theme song and lyrics, from their ride to the desert to the porta-potty situations on the festival grounds (is that @atrak taking so long in there?) to their melting faces after eating “the magical jellybean.” With over 35 million loops on Vine, this dynamic duo tapped into a new type of web series—a bite sized comedy starring the ridiculous carnival scene that can only be Coachella.