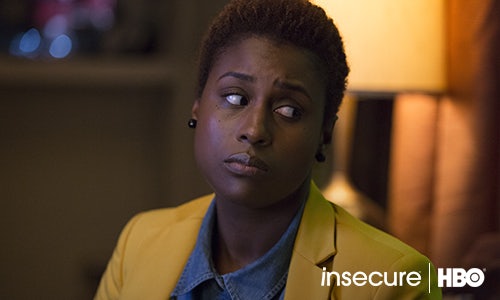 When Issa Rae brought her incredible talent and unique voice to HBO with Insecure, it was clear that Instagram needed to become a key platform for the series.

It would, of course, be the natural home for live event coverage, smart social content and customized activations. But in line with the series' authenticity, there was the opportunity to go further as a platform for elevating and lifting up inspirational women—including the show's impressive roster of talent—and later fostering the series' biggest contest, Insecure on Set, to inspire the creators of the future.

The HBO Digital and Social Media team launched @InsecureHBO in tandem with the Insecure key art release, creating six posts that introduced the series (with key info, such as premiere date, time, etc) and came together to form the Season 1 poster.

Along with sharing key assets (such as the series tease and trailer), HBO looked to Instagram to serve as a VIP badge for fans, providing exclusive behind-the-scenes and red carpet access to various Insecure events.

Coverage began with the Insecure Block Party, a huge event thrown by HBO's Multicultural Marketing team that took place in New York and featured a red carpet, live music performances, food stations and screenings for tastemakers and other guests. @InsecureHBO featured an #InstaStory of the event, complete with video coverage of various happenings and commentary from talent. The @HBO Instagram profile also featured an #InstaStory, and Issa offered fans a closer look at her personal experience throughout the day with an #InstaStory of her own (all cross-promoted via additional Insecure/HBO platforms).

At the Insecure Los Angeles premiere, @InsecureHBO invited fans carpet-side, with an #InstaStory featuring video snippets of talent answering questions (such as "What makes you insecure?") and speaking directly to fans. Following the red carpet, the story took fans into the exclusive after-party, documenting various elements so fans felt they were there. This encouraged talent to document their own experiences, both at the premiere and after-party to follow.

In addition to event coverage, HBO worked with agencies Glow and Team Epiphanyto create a custom suite of content designed specifically for the Instagram platform (including text-emoji cards, snippets of fan-favorite scenes and optimized videos).

HBO also worked with Team Epiphany to commission Insecure-inspired content from influencers (such as weekly illustrations of significant scenes) and to pioneer a unique Instagram influencer series spotlighting powerful women from different backgrounds and disciplines, complete with photographs and words of wisdom for Insecure fans, every week (was also cross-promoted via Facebook and Twitter).

To give fans access to the show creator, HBO created a special #AskIssa #InstaStory franchise, for which HBO would collect fan questions at key points throughout Season 1 and have Issa answer a select few via personalized video snippets to be featured on an #AskIssa reel. This was cross-promoted via the @InsecureHBO feed and other Insecure social platforms.

Last, but certainly not least, HBO launched Insecure on Set, an Instagram video contest for which fans were asked to submit videos of themselves and a friend speaking to each other's strengths for a chance to become a PA on the Insecure Season 2 set.

The contest kicked off with a special Instagram video intro from Issa and actress Yvonne Orji timed to the Insecure season renewal announcement, and was complete with a microsite (InsecureOnSet.com) that housed key information, rules and a curated submission gallery.

The Insecure live coverage proved a hit with fans: many followed along on #InstaStory, and the show's cast and crew joined in to share their own content as well.

The custom content was also well received, with videos garnering tens of thousands of views and fans engaging with posts in the comment section.

#AskIssa received hundreds of questions, especially closer to finale, and had fans tuning into the #InstaStories every week to see Issa's responses.

The Insecure on Set Contest received thousands of creative entries, with over 1400 eligible.

All in all, the Insecure instagram profile saw rapid organic growth (over 55.4K followers) within its first season, more than double several other HBO comedies and triple+ those outside the HBO network. But moreover, beyond the raw metrics, the HBO Instagram and respective content helped foster a positive and supportive fan community that continues to grow today. 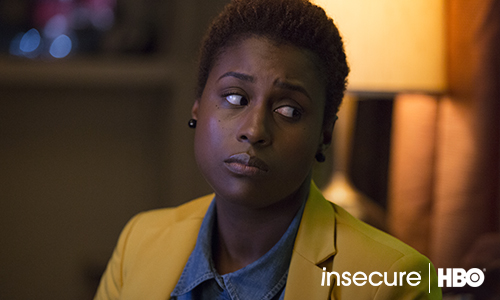