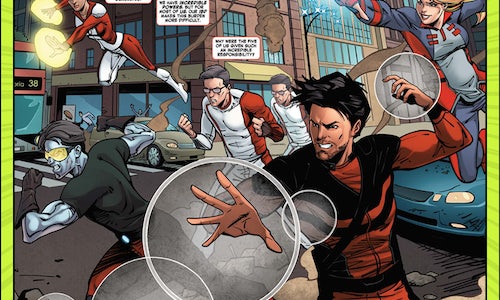 Takeda aims to bring IBD to the forefront of public awareness by improving understanding of the disease's impact and the strength of those fighting this disease. Takeda wanted to reach people living with IBD, who struggle to keep jobs and live normal lives due to pain during flare ups and constant visits to the doctor and to the bathroom, inhibiting them from participating in the everyday activities of life. They are frustrated with the stigma behind this "bathroom disease" and yearn for people to understand the effects of this invisible illness. Through IBD Unmasked Takeda wanted to engage the gastrointestinal (GI) and IBD communities, where they are already active – online.

The team recognized a unique opportunity to partner Takeda with Marvel Custom Solutions. By creating a graphic novel and other content with the comic book legend, we could translate the real lives of people living with IBD into an ultra-sharable tale of heroism and empowerment.

Using Super Heroes and the world of graphic illustration would encourage people living with IBD to demand more – from themselves and those around them. Empowering people living with IBD to overcome the unpredictability, anxiety and stigma would encourage conversation with friends, family and healthcare professionals. In the process, we would raise disease awareness among the general public.

Takeda and Marvel Custom Solutions collaborated directly with people with IBD via a series of in-person and virtual brainstorms across the globe to create the characters and provide input on everything from Super Hero costumes to specific storylines for a full graphic novel featuring a team of IBD Super Heroes. We strategically engaged additional partners to provide input on the campaign content.

With input from people living with IBD and our partners, Takeda and Marvel Custom Solutions introduced the world to the first IBD Super Hero team, The Unbeatables in 2016.

The campaign is ongoing; interim results include:

To date, the campaign has received approximately 100 original placements in top online, print and broadcast outlets, resulting in more than 670.9MM media impressions. 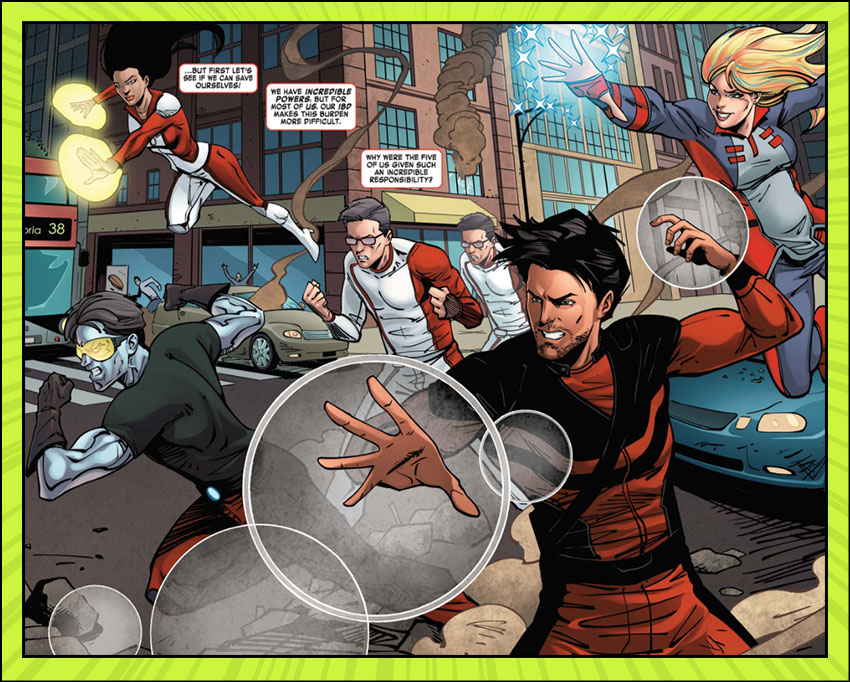 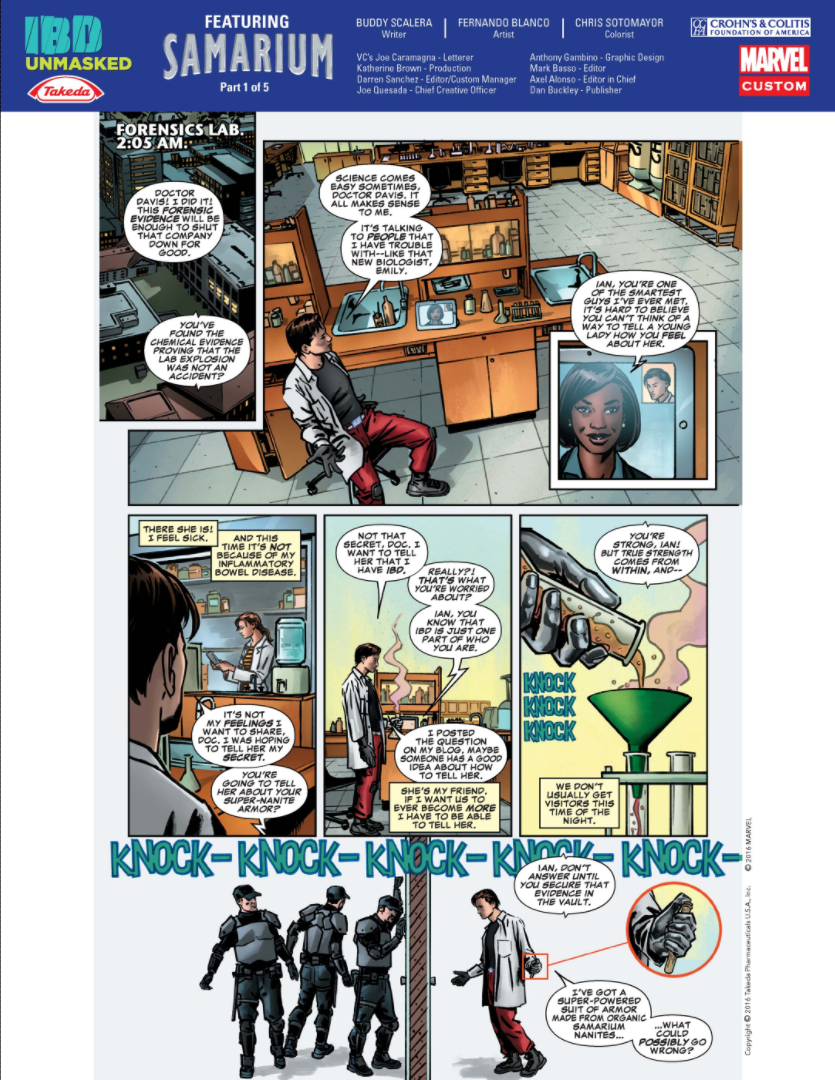 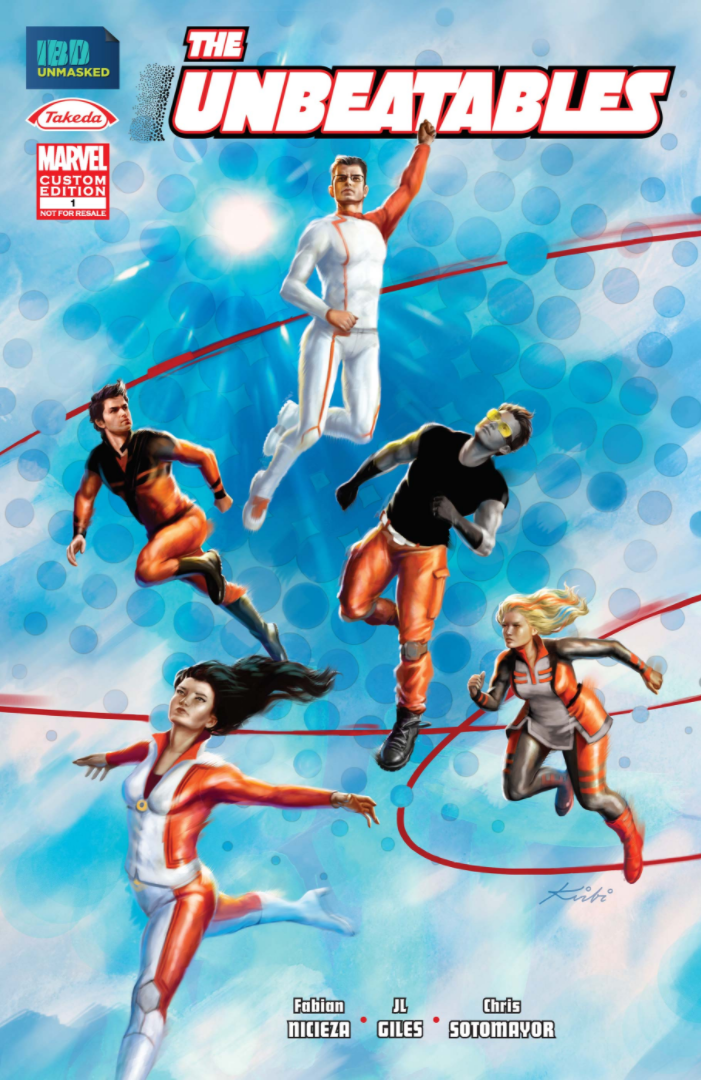 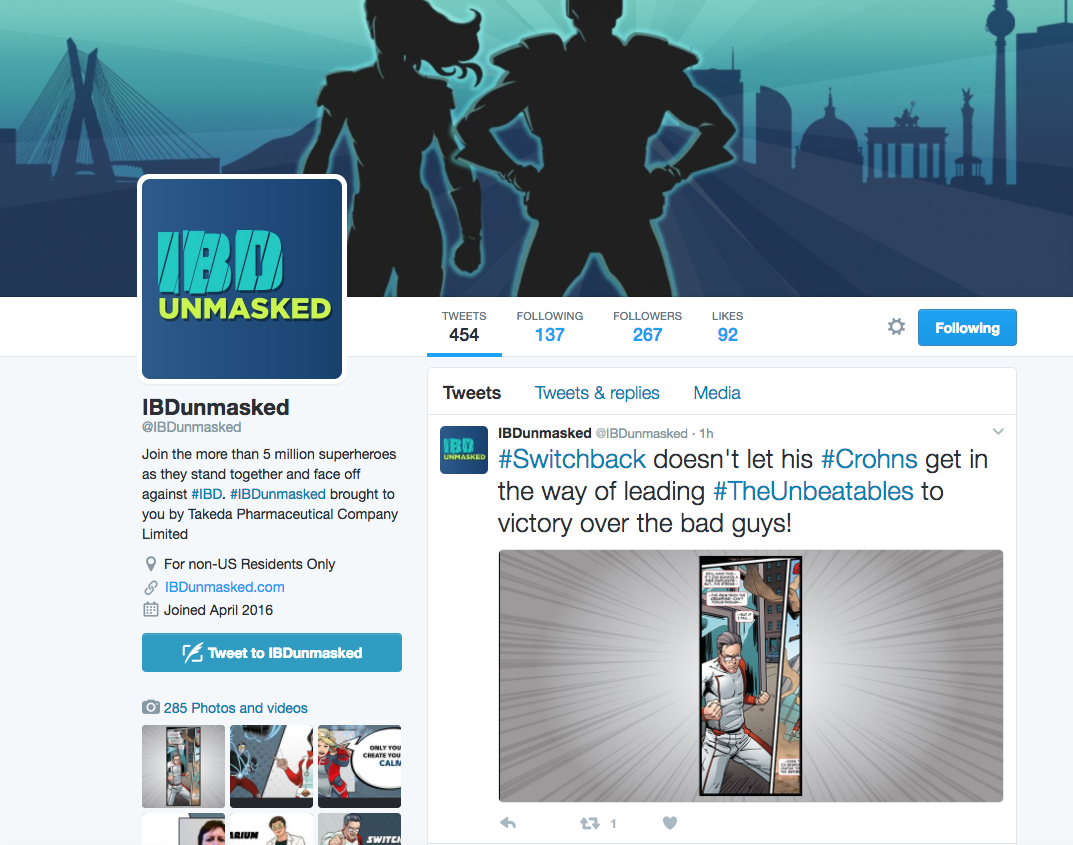