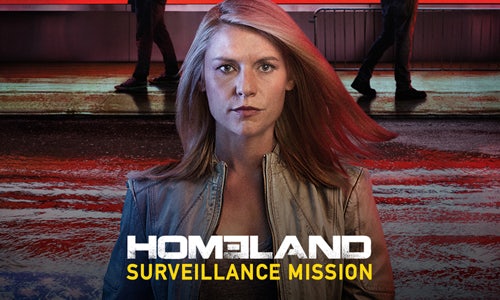 Use geofencing capabilities to create an interactive experience that fuels awareness and excitement for Homeland's January 15 premiere, activating fans and unveiling exclusive content tied to Season 6 themes and the show's return to the United States.

Through an innovative and playful use of geofencing, audio content was hidden across Manhattan in high-traffic locations including Times Square, Bryant Park, Washington Square Park and Wall Street where fans could "intercept phone conversations" from the show by visiting a mobile website at http://homelandmission.nyc. From December 19 through December 30, 2016, fans who visited the hotspots and unlocked the content were given the opportunity to enter a sweepstakes to win New York-themed prizing, including Broadway tickets and Food of NY gift cards. They were also given their own unique Agent ID badge, which they could save and share out on social media. For any fans not located in New York, there was also one "remote hotspot" containing content that could be accessed from anywhere around the world.

After the contest period ended, Showtime began unlocking the content to those outside of New York. The content was rolled out one piece at a time (based on the highest number of check-ins) in a steady cadence leading up to the January 15 premiere. As each piece of content became unlocked, the Homeland social media profiles shared deep links to the content with fans.

Immediately after launch, fans turned to Tumblr and Reddit to discuss the phone calls, enlisting fans in New York to complete the mission and relay information. Within several hours of going live, some fans had already made it to every hotspot location on the map.

In just 3 weeks, fans from over 134 countries around the world flocked to the site and more than 15,000 people took to the streets of New York to find the hidden locations and hack into exclusive content from the upcoming episodes.

Placing exclusive teaser content in related locations from Homeland's new season added an interactive way to generate excitement about the series coming to New York City. Presenting the content in the guise of hacked phone conversations extended Season 6 themes and allowed fans to immerse themselves into the storylines ahead of Homeland's premiere. 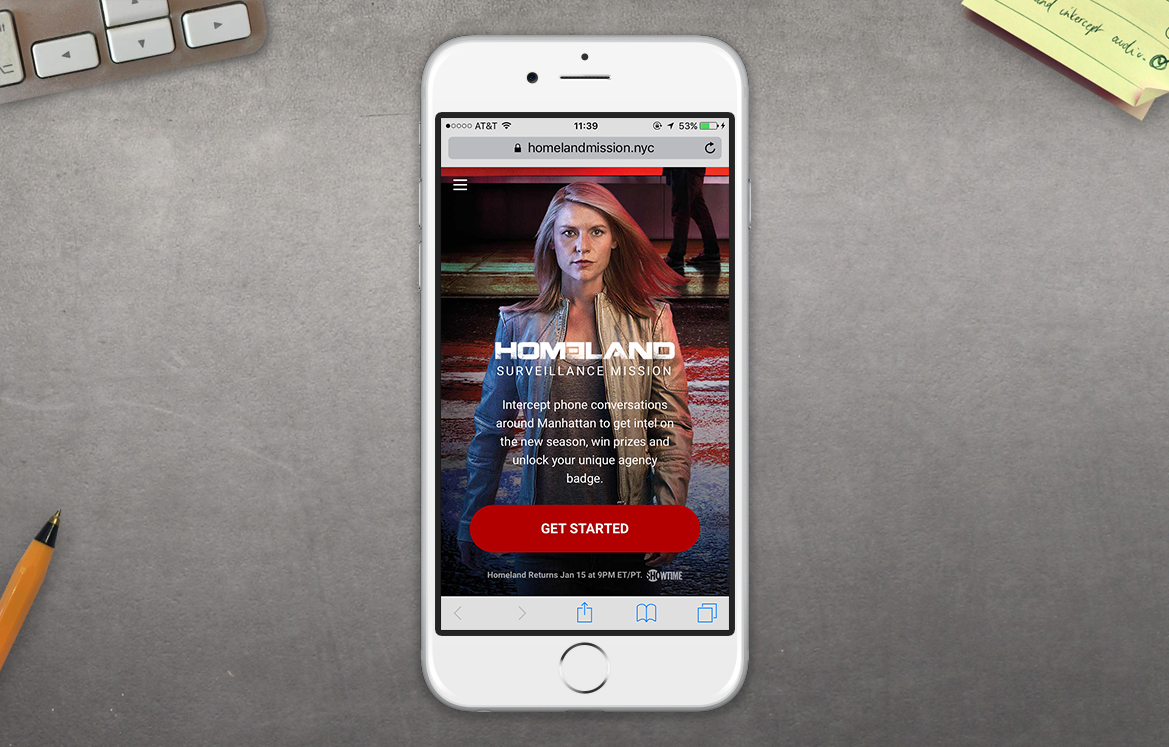 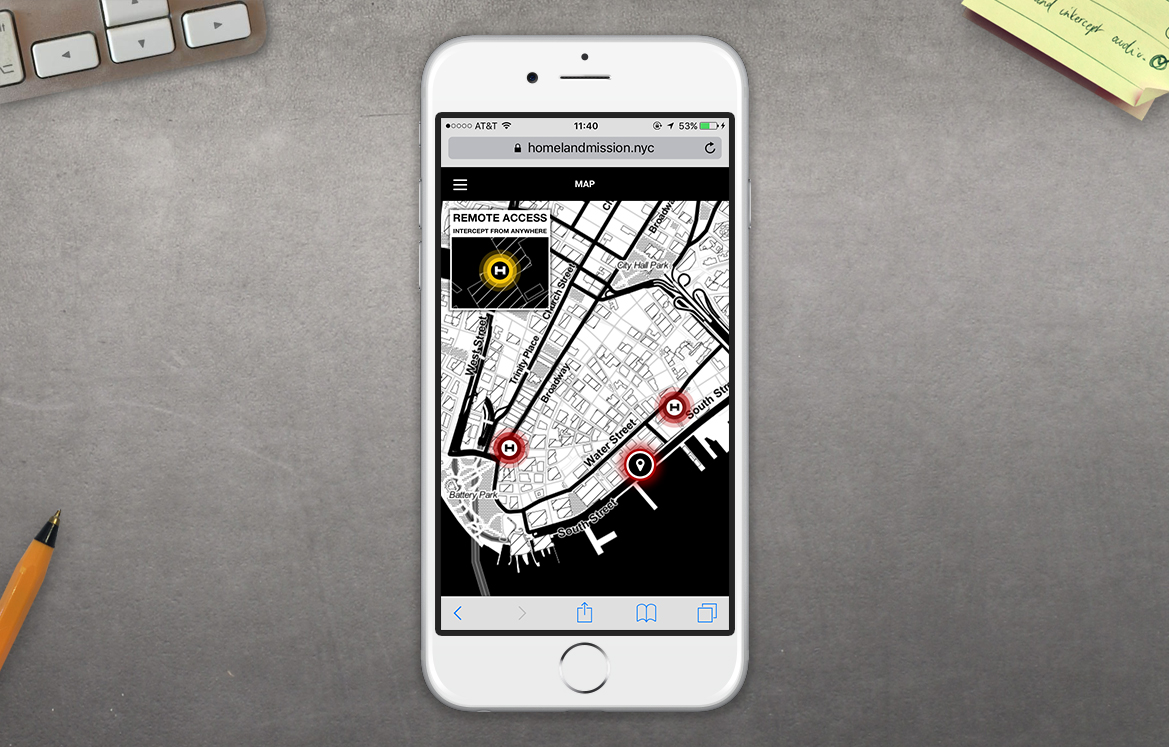 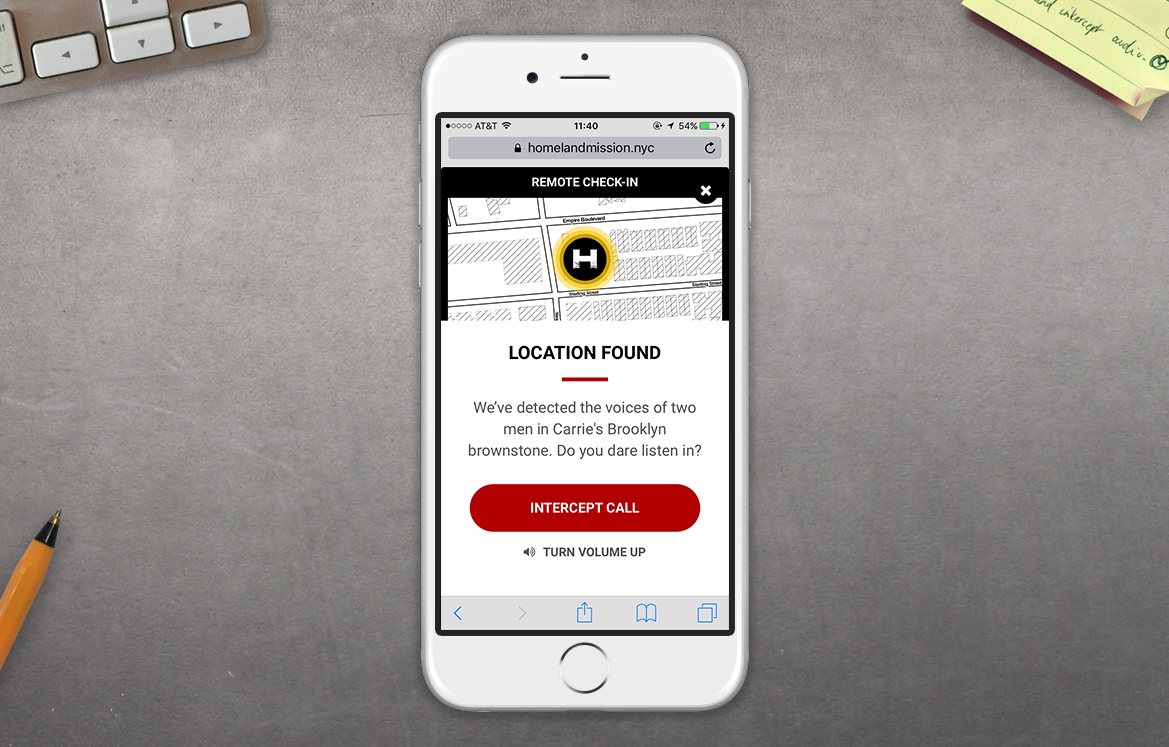 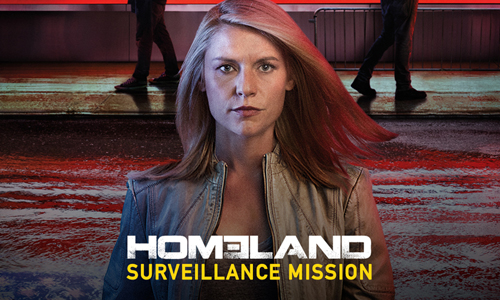 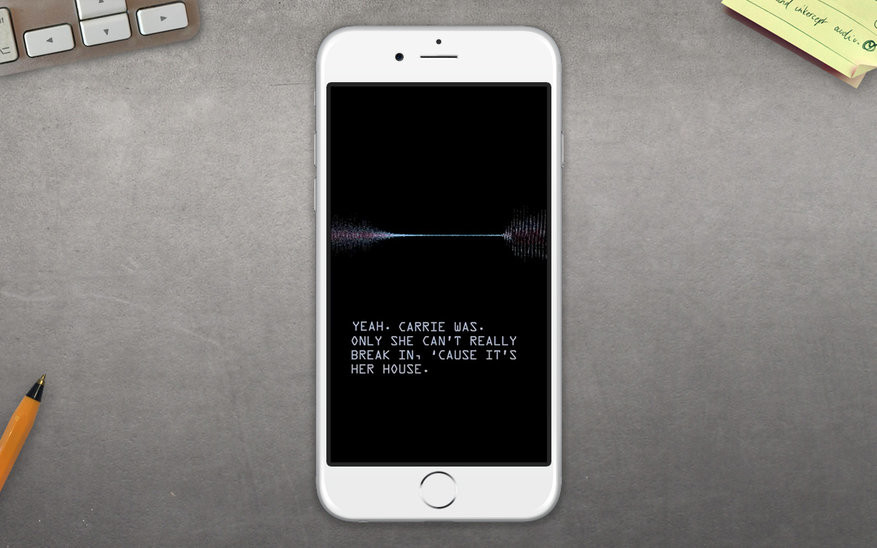 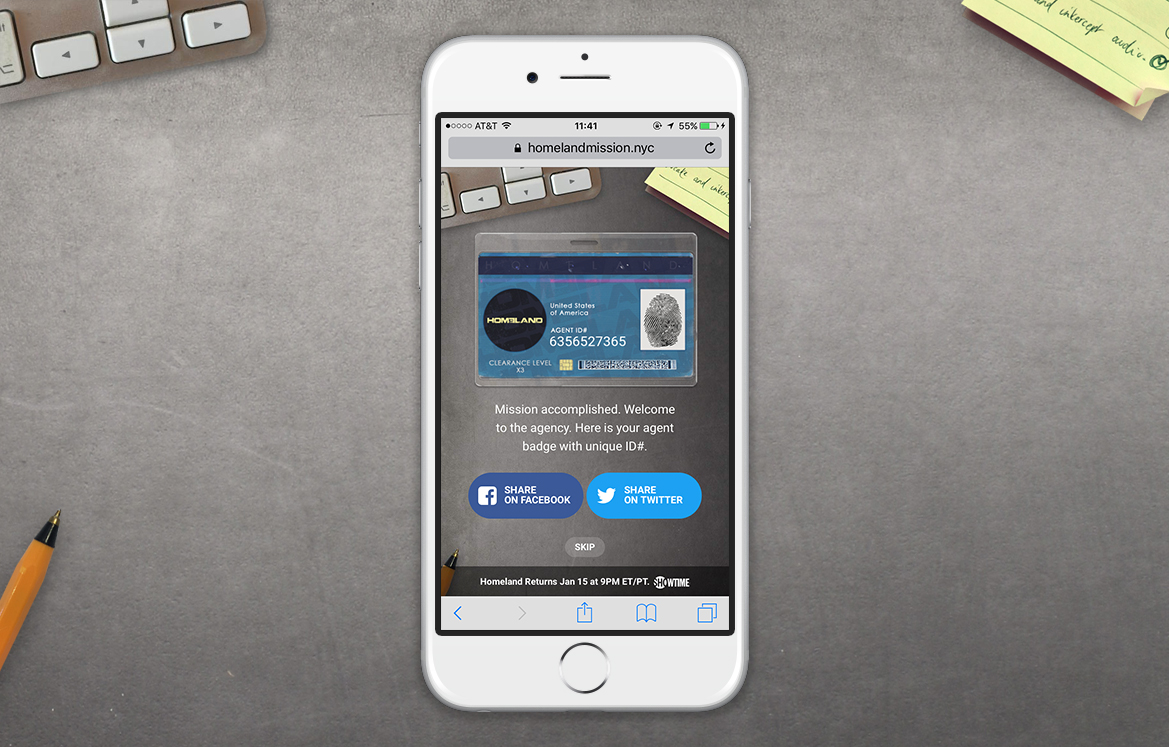