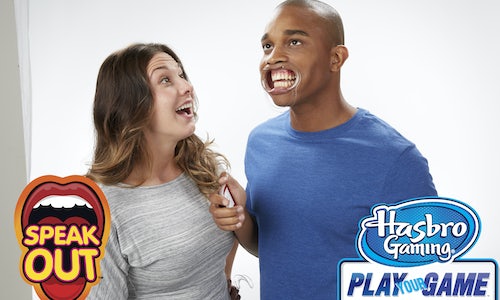 When gamified Mouthpiece Challenge videos took the internet by storm in Spring 2016, Hasbro's Best-In-Class game creators knew they needed to work quickly to deliver to consumers everything they needed to play the challenge their friends and family in one box. The game had to be fun to play, fun to watch, and fun to share.

To launch Hasbro's Speak Out game to consumers in a big way, it was first announced in the Hasbro Gaming booth in June 2016 at VidCon taking place in Anaheim, California. The world's top influencers and creators attending VidCon were the first people able to demo the Speak Out Game before it hit shelves.

To continue the buzz surrounding Speak Out coming out of VidCon, Hasbro teamed up with entertainer and creator Joe Santagato, whose "Watch Ya' Mouth" mouthpiece challenge video received nearly 45 million views in 2016. Joe was tasked to help amplify the launch of Hasbro's Speak Out game by creating a Watch Ya Mouth Pt 2 video, playing the Speak Out game with his family, which was shared in July 2016, with his fans and Hasbro's fans across social media.

The Watch Ya Mouth Pt 2 video posted by Joe Santagato, playing the Speak Out game with his family, quickly became a success, with more than 20 million views in just a few weeks!

When Speak Out hit retail shelves in August 2016, the buzz surrounding the game elevated it to one of the most sought after games of the year, earning a spot on multiple Hot Holiday Lists and Gift Guides for 2016. By the end of the year, the Speak Out game had become a cultural phenomenon!

The Speak Out game has been featured on multiple TV talk shows such as Ellen and Live! with Kelly, has shown up on social handles of some of the most famous people in the world, and has created endless user-generated videos - many which have millions of views!

Additionally, according to data from The NPD Group, the Speak Out Game was the #1 new property in Games (excluding Trading Card Games) in 2016 in the G9 (US, UK, France, Russia, Germany, Spain, Mexico, Canada).

Speak Out has been nominated for multiple industry awards, and has been named an Industry Award Winner: Social Media Sensation of the Year in 2017, by the British Toy & Hobby Association. It is also a Game of the Year finalist in the 2017 Toy Industry Association's Toy of the Year Awards, which will be announced February 17, 2017 during the North American International Toy Fair.

Video for Hasbro's Speak Out Game 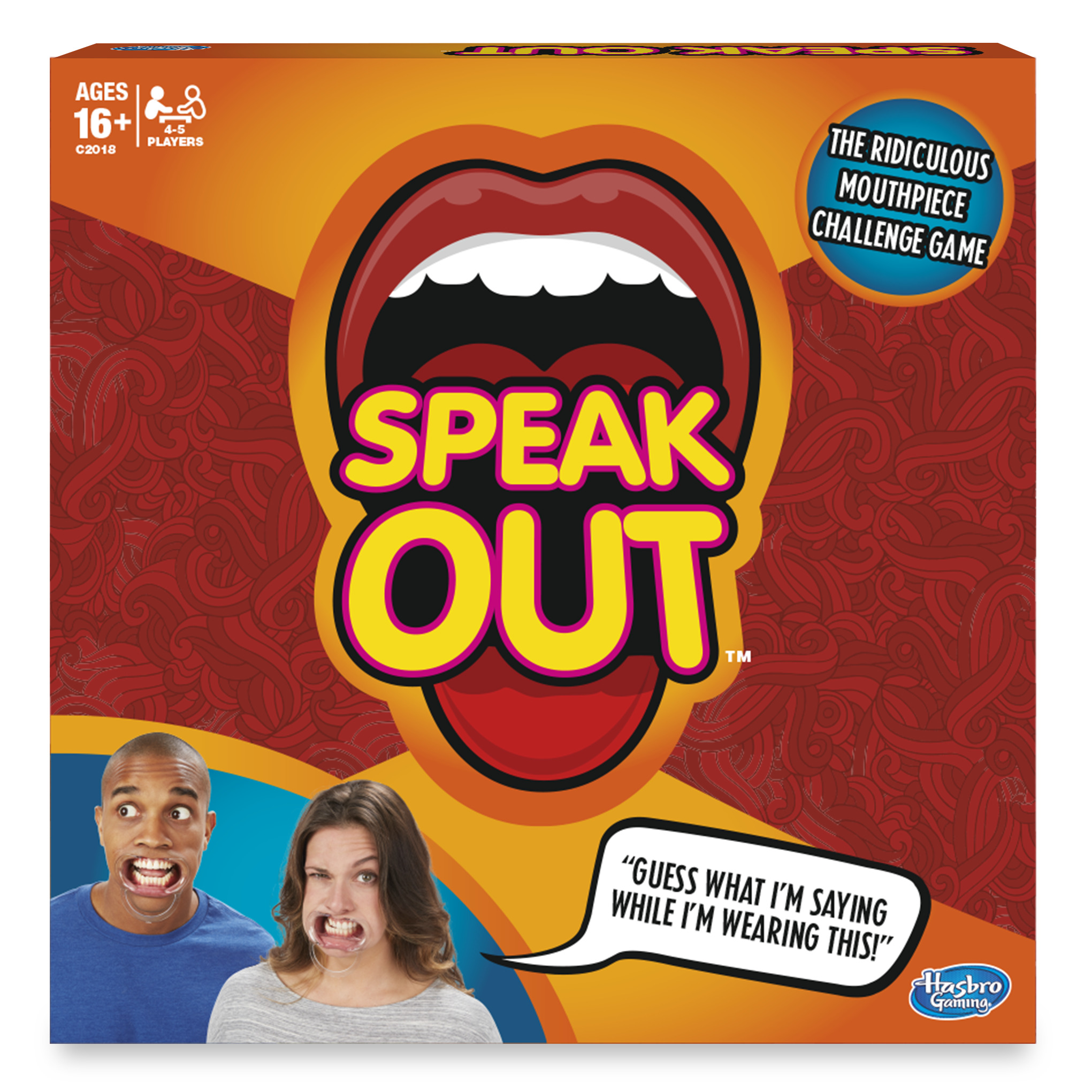 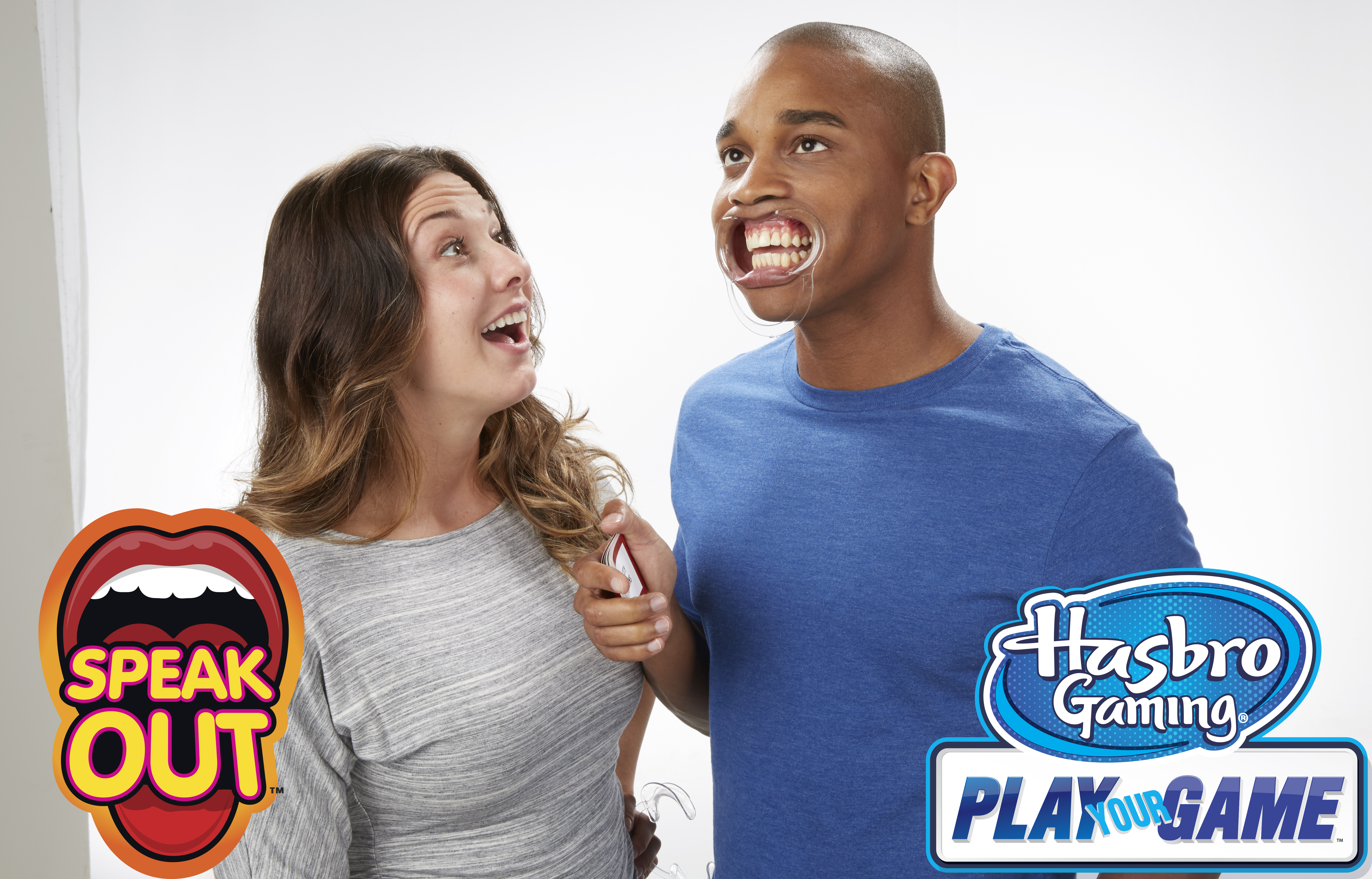