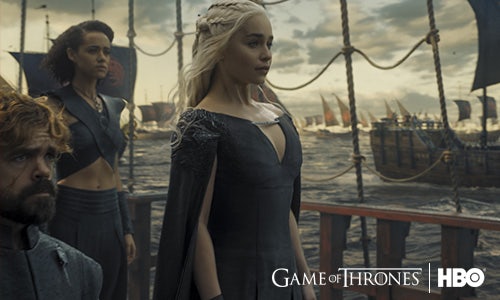 Leading into the 6th season of the epic series Game of Thrones, HBO was primed to drive anticipation for a season that was chronicling unchartered territory and surpassed George RR Martin's source material.

HBO activated the massive fan-base in a variety of ways that reminded the worldwide realm that the series was back and was going to be bigger than ever. Once in season, HBO offered fans more access to the cast and creators than ever before – fanning the flames of the series' ferocious fanbase.

Before Season 6 premiere, Game of Thrones social profiles launched #GoT50, a 50-day countdown leading up to Season 6 that encouraged fans to watch an episode a day on HBO streaming platforms. @GameofThrones live tweeted an episode each day at a designated time and enlisted five Twitter cos-players with large social followings to tweet along and inspire catch-up. To support the undertaking, MakingGameofThrones.com offered "50 Surprising Things" about each season, pulling from hundreds of hours of extra footage to create the new articles. The blog also hosted quizzes so fans could test their recall. The campaign continued to drive viewing of the series up on streaming platforms and helped prime fans for premiere.

To continue to drive anticipation, HBO and Facebook utilized 360-degree video technology to help fans explore the world of Westeros like never before. The two companies partnered with Elastic, the graphics company that built the opening credits for the show, to rebuild the sequence in an immersive 360 experience. To fans' delight, the map was dynamic, detailed, and filled with easter eggs.

HBO, Game of Thrones and IRC partnered to launch a multiplatform campaign that would activate fans of the show to raise awareness and support for the refugee crisis. The outcome was a campaign that united Game of Thrones and IRC in a common cause, entitled #RealmToTheRescue. The cast brought attention to the international refugee crisis, including PSAs with special calls to action that spoke to the plight of the women and children of the crisis.

On April 10, HBO lit up the Game of Thrones Facebook + Instagram profiles at the Chinese Theatre, creating a rich visual environment designed to mimic the series' iconic House of Black and White and Hall of Faces. The event kicked off with a special, live introduction to the show using Facebook Live from Sophie Turner (Sansa Stark) who then handed off the phone to the host, Veronica Belmont, to kick off the red carpet interviews. All night, Veronica asked cast members fan questions from Facebook.

In season, the MakingGameofThrones blog gave fans inside access to costumes, props, storyboards and the cast via weekly interviews. Unsurprisingly, fan-favorite Bella Ramsey (Lyanna Mormont) broke the internet; her interview alone had over 1 million visitors. Fans could follow along on GameofThrones.com for weekly content, where videos like "Battle of the Bastards: Anatomy of a Scene" took fans inside the action. Finally, on HBO NOW, fans went deeper than ever before thanks to The Game Revealed: a 5-part docuseries. HBO spent over 90 days on set accumulating over 500 hours of b-roll and 90 interviews to create the epic videos.

Video for Game of Thrones 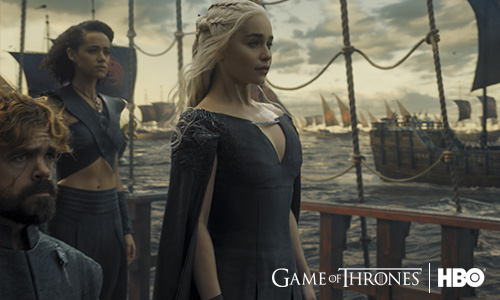