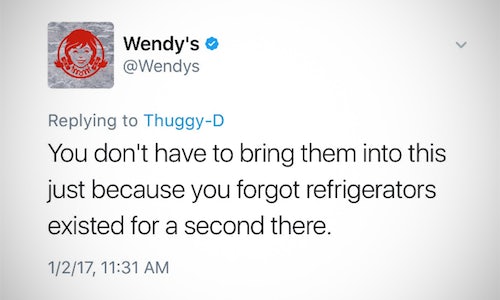 Seven out of ten people are not aware that Wendy's serves hamburgers made from fresh, never-frozen beef. Focus groups said they did not believe the fresh beef claim because it has to be frozen to be transported. This lead us to exclaim to each other on more than one occasion, "Have these people forgotten about refrigeration?"

Starting in 2016, Wendy's was on a mission to move the needle on their fresh beef awareness with an aggressive television and social campaign targeting the "Othr-Guyz" who use frozen beef.

However, it was the most innocent tweet that sparked more awareness than any of our previous efforts.

Our purpose on social media is to delight and celebrate our audience with conversations and branded content inspired by their interests, behaviors, and lifestyles.

This includes our community management approach which is to engage with fans and followers one-on-one to create a bond.

However, not every follower is a fan. And while we never pick a fight, we are masters at self defense, especially when someone comes after us about one of our key brand differentiators. In this case, it was our fresh, never-frozen beef.

So we used our trademark Wendy's brand charm to diffuse a misconception in one simple exchange that got a lot of attention for our fresh, never-frozen beef hamburgers.

The Wendy's Twitter Beef earned the highest volume of Wendy's mentions across the internet (55K mentions in one day) that we've ever seen.

This equates to avg. daily conversation volume about 25X higher than normal

In three days, the organic reply tweet (to the right) had 937K organic impressions! It also earned 157K organic engagements. This is a 17% engagement rate (average is 1.4% in the last 28 days).

Overall conversation about the refrigerators tweet and the following roasts was HIGHLY positive. People loved Wendy's "sass" and encouraged us to "roast" them

The Twitter Beef became a national news story covered by several mainstream news outlets. Most notably, Anderson Cooper reported on it and even staged a re-inactment of the initial exchange.

The troll in question, Thuggy-D, deleted his Twitter account, but came back a few days later, posting a picture of a Wendy's meal he was enjoying with #Respect. 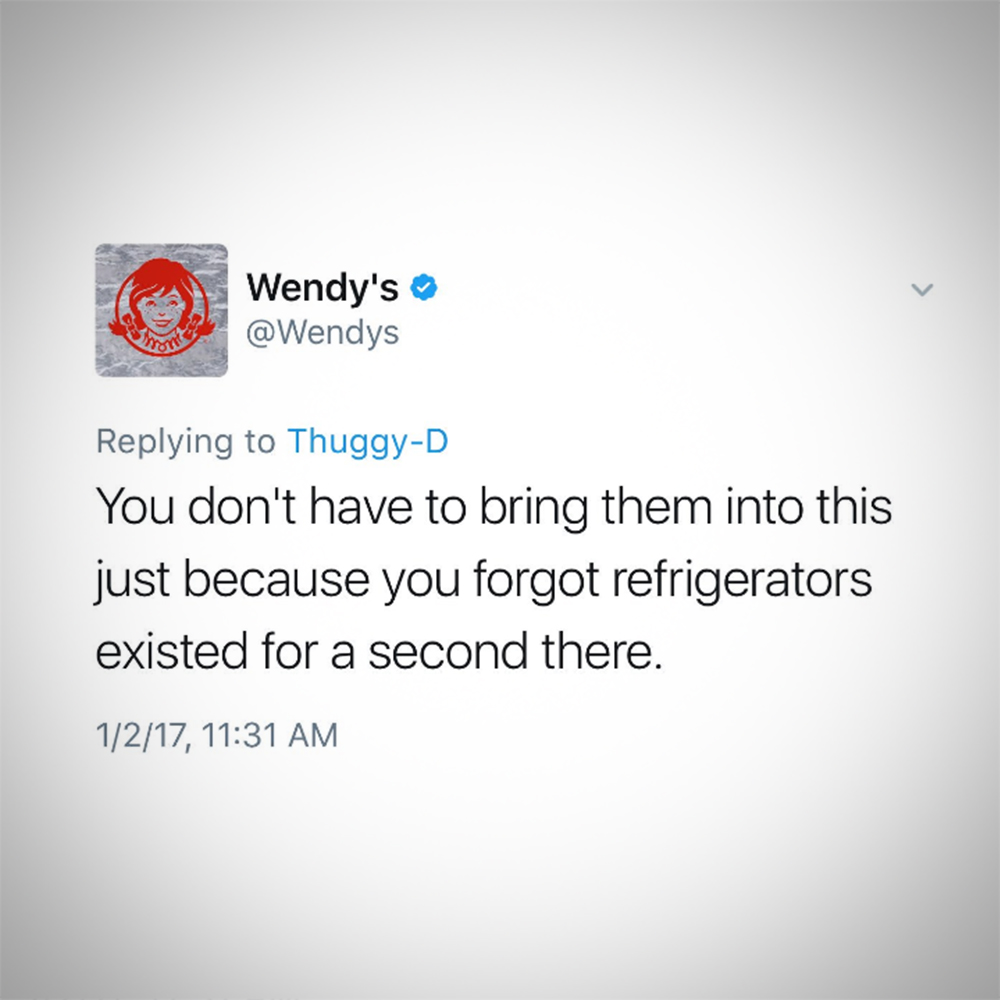