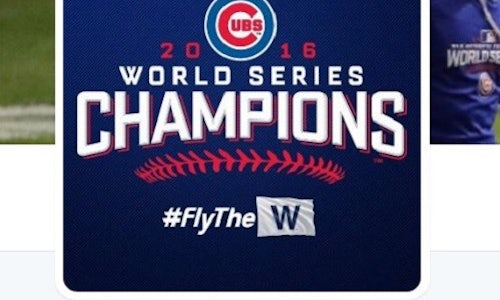 For the Cubs, social media presents an opportunity to build the lifelong loyalty for a younger generation of fans. The team is active across platforms, but utilizes Twitter in particular as a conversation platform with fans. In fact, the Cubs have interacted with their fans on the platform more than any team in baseball for the past two years. A clever, fun and helpful voice helps drive the engagement, boosted by some of the best videos produced in sports. Much like the team on the field, the @Cubs social media team stays humble and hungry in its quest to remain among one of the best accounts in sports.

With such an expansive reach, the team also employs a detailed strategy to support the business. Fans need not worry about the spreadsheets, however the team has thoroughly tracked content performance toward key metrics including growth, engagement and web traffic from its posts. The team's goals are aggressive, and a fun and engaging mix of content helps reach them. Objectives for the Cubs on Twitter include:

To establish a unique connection with our fans, we strive to exceed followers' expectations with excellent content and personal connections online, and even more memorable connections offline.

This approach may include a quick reply with one of our hundreds of GIFs, each featuring a player, fan or celebrity representing nearly every emotion imaginable that could be useful for replies. While GIFs are commonplace now, the Cubs were one of the first teams (if not the first) to build an expansive GIF library as a hallmark of its account.

Catch @Cubs in the right mood and your tweet could get shared to millions of fans. Just ask some of the folks who have tweeted to us during rain delays!

Whether they mention the team account or not, we search out fans to deliver gifts in-seat for the special occasions they're celebrating at a Cubs game. Both our team and players often help families in need after discovering their stories on social media as well.

Beyond replies and engagements, the Cubs maintain a robust content calendar that keeps the feed interesting. New ideas are debated daily, including posts tapping into trending topics and cultural references.

Our metrics show significant performance for videos, so we actively push highlights, vignettes and features.

This planning has a big impact. For the 2016 All-Star Game, the Cubs led the league with an astounding seven players selected, including five via fan vote. Search for videos of catcher David Ross (aka "Grandpa Rossy") using outdated technology to push voting and you can see how Twitter played a large role driving media chatter and votes in favor of the Cubs.

It's also important for fans to interact with the team in person. Each year, we host a Cubs "Social Media Night" at the ballpark with a pregame #CubsSocial event and giveaways. This gives our fans – from social media influencers to @Cubs newbies – a chance to meet each other and put faces to the Cubs' Twitter account. Despite our claims on Twitter, they learn we're not a bunch of interns simply working for peanuts.

Our Cubs Convention is an annual event in January where thousands of diehard fans can get access to the team. @Cubs hosts a social media space where players regularly stop by for photos – sometimes with large emoji cutouts of themselves and their teammates.

Things ramp up in the postseason, including interactions with fans. A "#FlyTheW Rolling Rally" activation featured our owner, front office and mascot giving away W Flags/posters/stickers, etc. across the city and suburbs. We asked fans to share their stories at Cubs.com/FlyTheW and some received a visit from former players Ryne Sandberg and Steve Trout. We monitored #FlyTheW in real time and altered our route to visit fans who tweeted. One fan brewed us a pot of coffee and invited us to his apartment – we took him up on it!

With an objective of engaging our fans to build their lifelong value, our team set aggressive goals and knocked them out of the park during the 2016 season.

We saw success at the campaign level, with #VoteCubs used nearly 13,000 times en route to five starters being voted to the All-Star Game. Our lovable "Grandpa Rossy" videos generated more than 154,000 views for the campaign. Other events like Social Media Night (#CubsSocial) and Cubs Convention (#CubsCon) garnered more than 15,000 collective tweets. The grand campaign took place in the postseason and World Series, as #FlyTheW trended its way to more than 3 million mentions. As Yahoo! Sports stated, the series also represented arguably the two best Twitter accounts in baseball squaring off.

These efforts led to the Cubs far exceeding our aggressive goals while finishing with the top overall growth, engagement and interactions among all Major League Baseball teams. 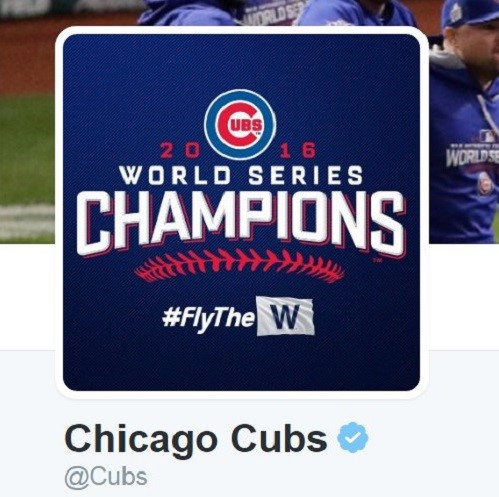