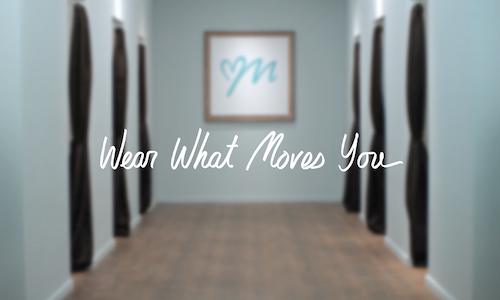 Maddie - Wear What Moves You

At 8 years old, Maddie Ziegler burst onto the scene as the star student Lifetime's Dance Moms. She danced her way into America's heart, as the star in the record-shattering "Chandelier" music video by Sia. With 1.5 billion she was quickly becoming a household name.

Before long she partnered up with apparel giant, Kahn Lucas, to create her own fashion line.

The objective was to launch an apparel brand with tween appeal that meets Mom's approval.

Today, teens and tweens are more involved than ever in the decision making process, but they're not so autonomous that they make the decision alone. A unique story had to be crafted around Maddie that made the brand exciting to both parties.

Based on feedback from tween girls, and with Maddie as our muse we got right to work creating a brand name, identity, and color palette. With iconography as graceful, sociable and true blue as Maddie herself, we told the Maddie story, which culminated in an empowering brand tagline: "Wear what moves you."

But the strategy wouldn't be complete without the inspirations, insights and ideas of Maddie, herself. So we sat with the budding icon to capture material that would create excitement around the upcoming launch.

One month before the launch, we teased the line with an exclusive announcement in People magazine: a highly specific publication with a cross-section of readers likely to get how exciting the brand was.

In the weeks leading up to the big reveal, we tapped Maddie's owned social accounts, specifically Instagram, to release teaser content to her enormous following. We forwarded her fans to our newly minted, brand-specific Instagram page where a countdown had been initiated. It gained followers at an amazing clip.

When it was finally time for the unveiling, we released our first branded piece: a behind-the-scenes brand story that featured Maddie and some her favorite looks from the line in an epic dance video.

The brand's Instagram channel grew to over 250,000 followers in the first three weeks alone

Video for Maddie - Wear What Moves You