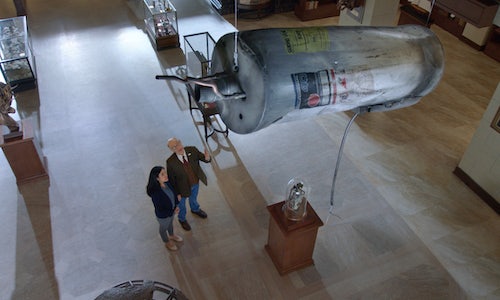 A water heater rockets through a home before crash-landing on a car. A determined terrier torches a kitchen in its pursuit of pepperoni. A goat wages war on its reflection, trashing a car in the process. These are real insurance claims that real Farmers agents have covered.

In these stranger-than-fiction stories, we found a wealth of material to work with. These are true-life tales that would remind people that Farmers has seen almost everything, so they know how to cover almost anything.

It was in this spirit that the Hall of Claims—a fictitious museum filled with exhibits that highlighted Farmers' most bizarre and improbable claims—was born.

This museum became the jumping off point for our campaign, with each featured story leading to multiple executions across TV, social, and digital. For example, a claim about dogs flooding a house became the TV spot "Mer-Mutts," which took advantage of the arrival of the Summer Olympics by celebrating canine athleticism and artistry. This story was extended through Facebook with a 360-degree video, pet-shaming posts, and our own Dog Diving event on YouTube.

Other claims were also highlighted with rich media and pre-roll units that brought our Hall of Claims exhibits to life, guided Facebook meditations meant to soothe people's fears of the unexpected, Facebook memories of destruction, and parody pre-roll ads that viewers could opt to destroy rather than skip.

Through these pieces we were able to entice people back to a digital version of the Hall of Claims, where they could explore the full breadth of real calamities Farmers has covered and which served as an entry point for quote requests and other Farmers services.

Throughout the campaign, our digital content drove over 3.4 million people to the Hall of Claims site. Visits to Farmers.com were up 115%, initiated quotes rose 127%, and consideration increased by 33%. All proving the point that not only is truth stranger than fiction, but, in the case of Farmers, more compelling as well. 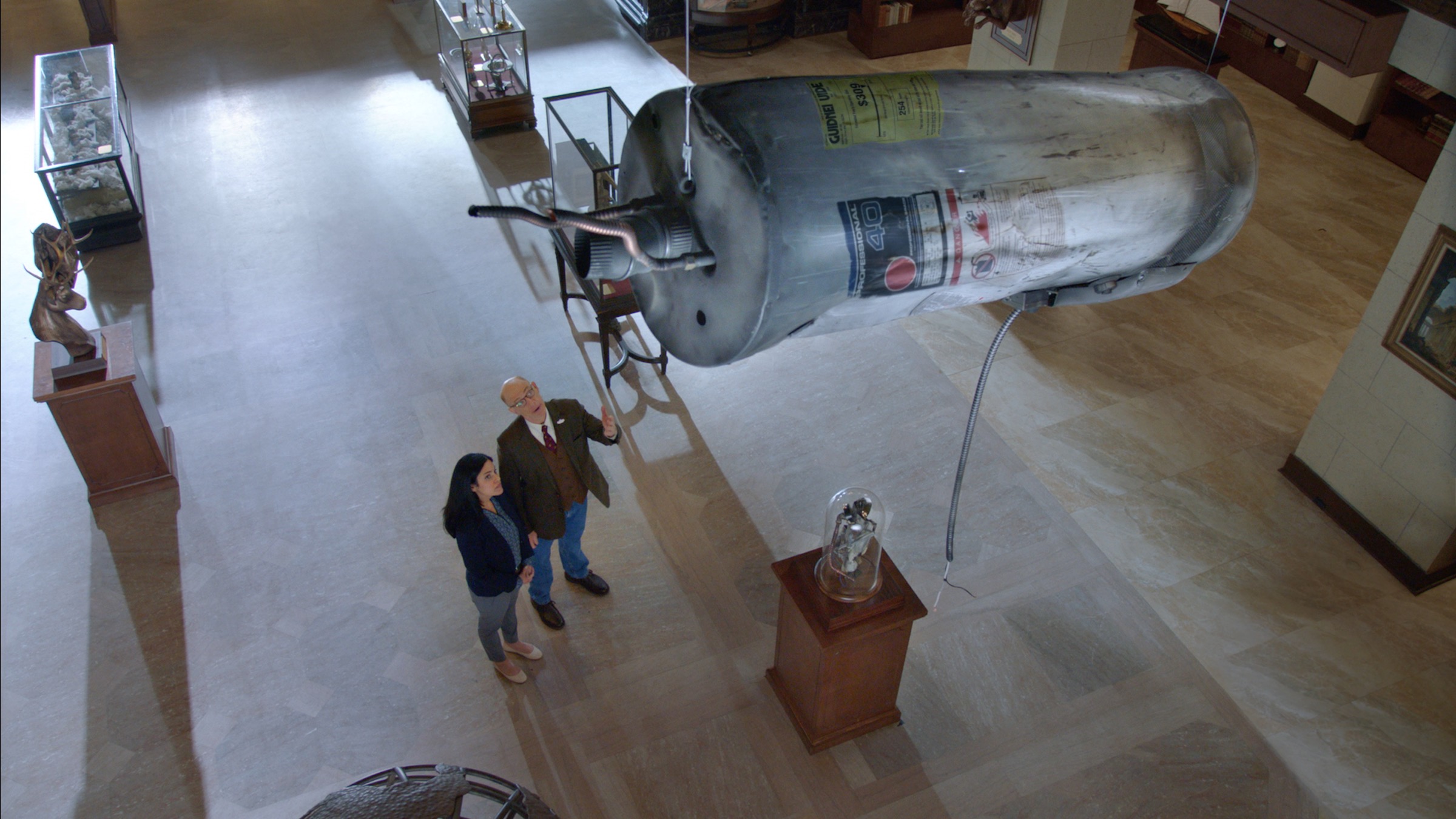 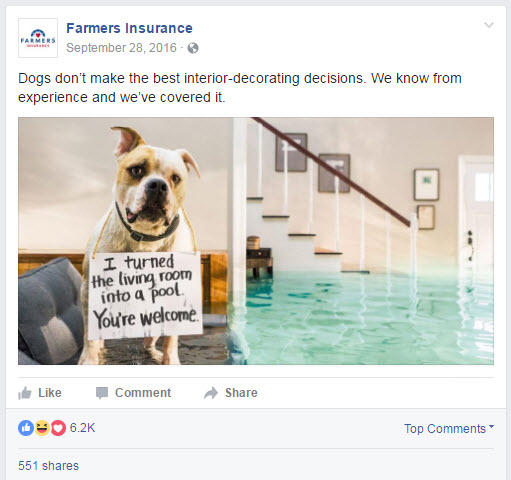 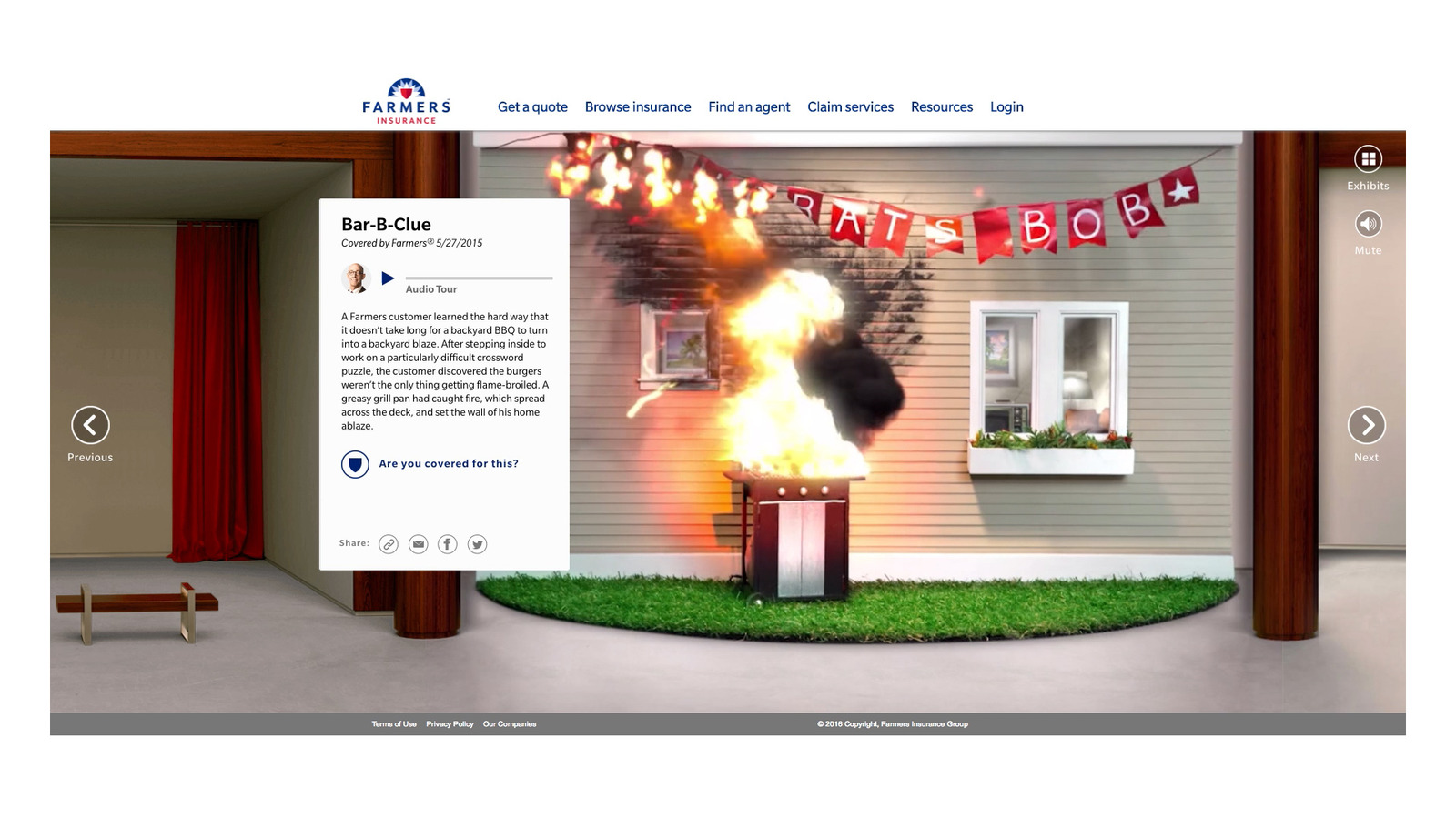 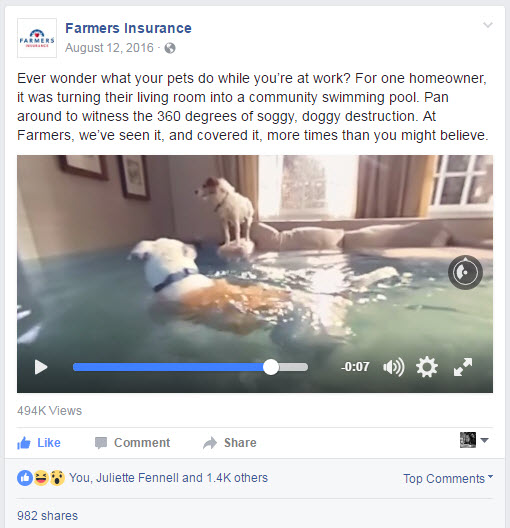 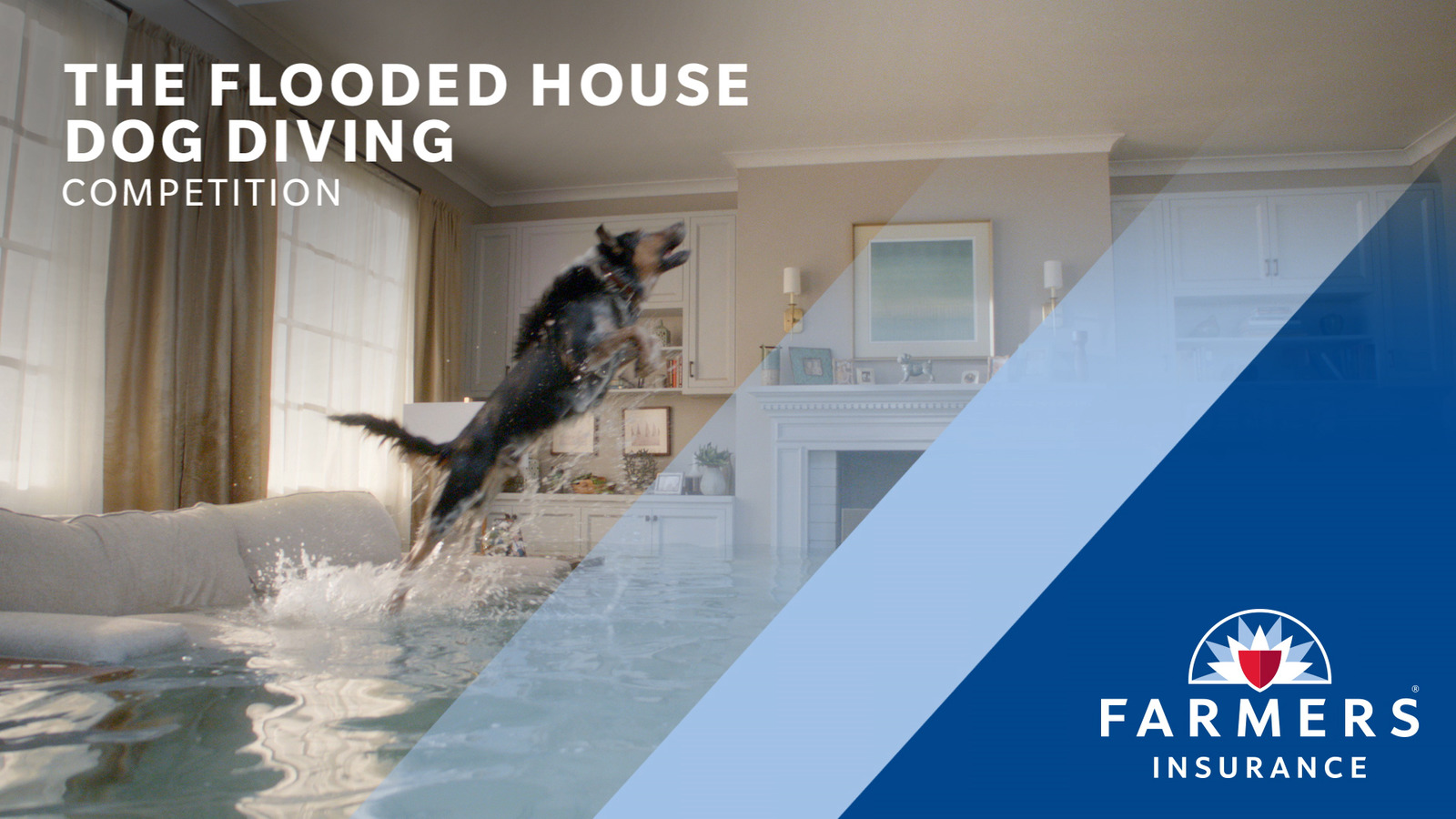 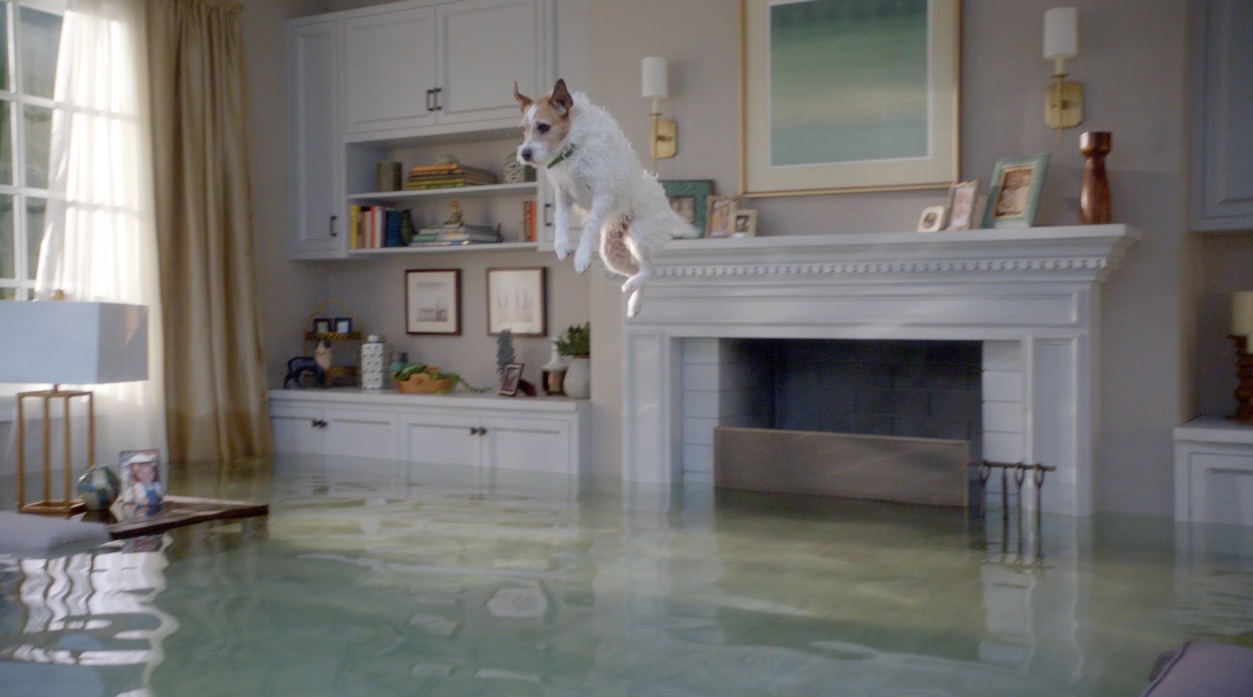 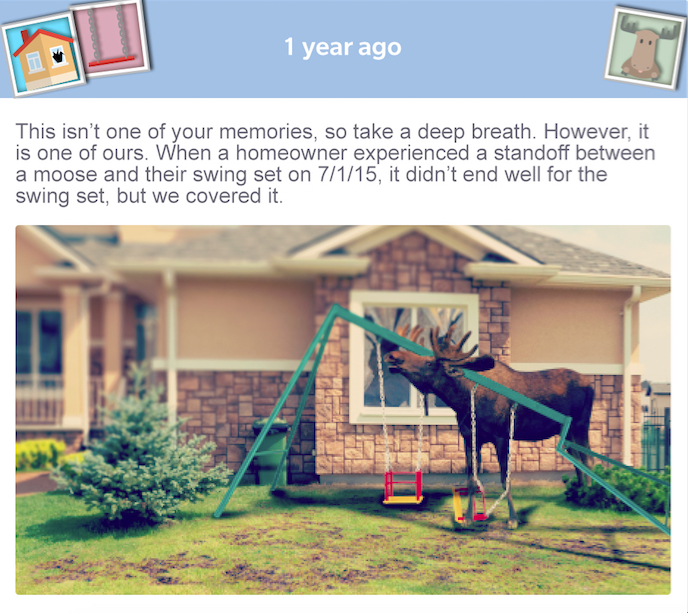 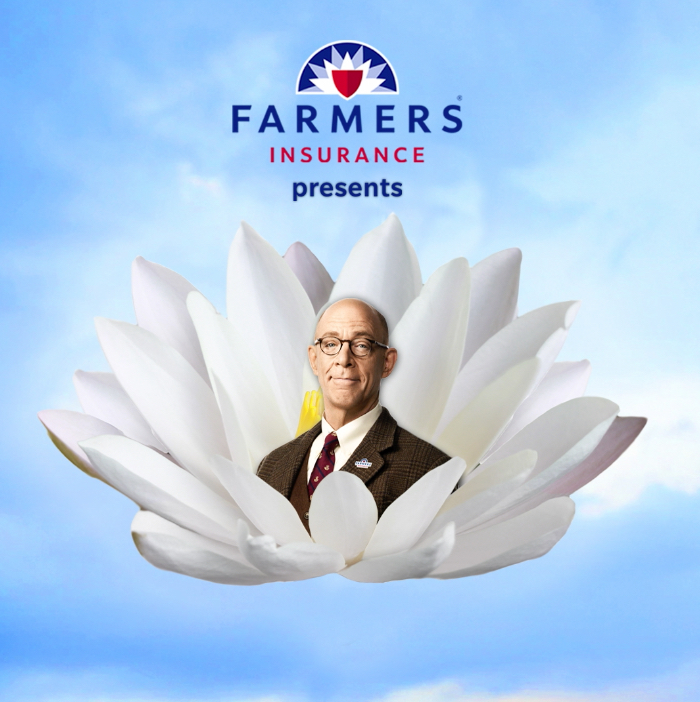 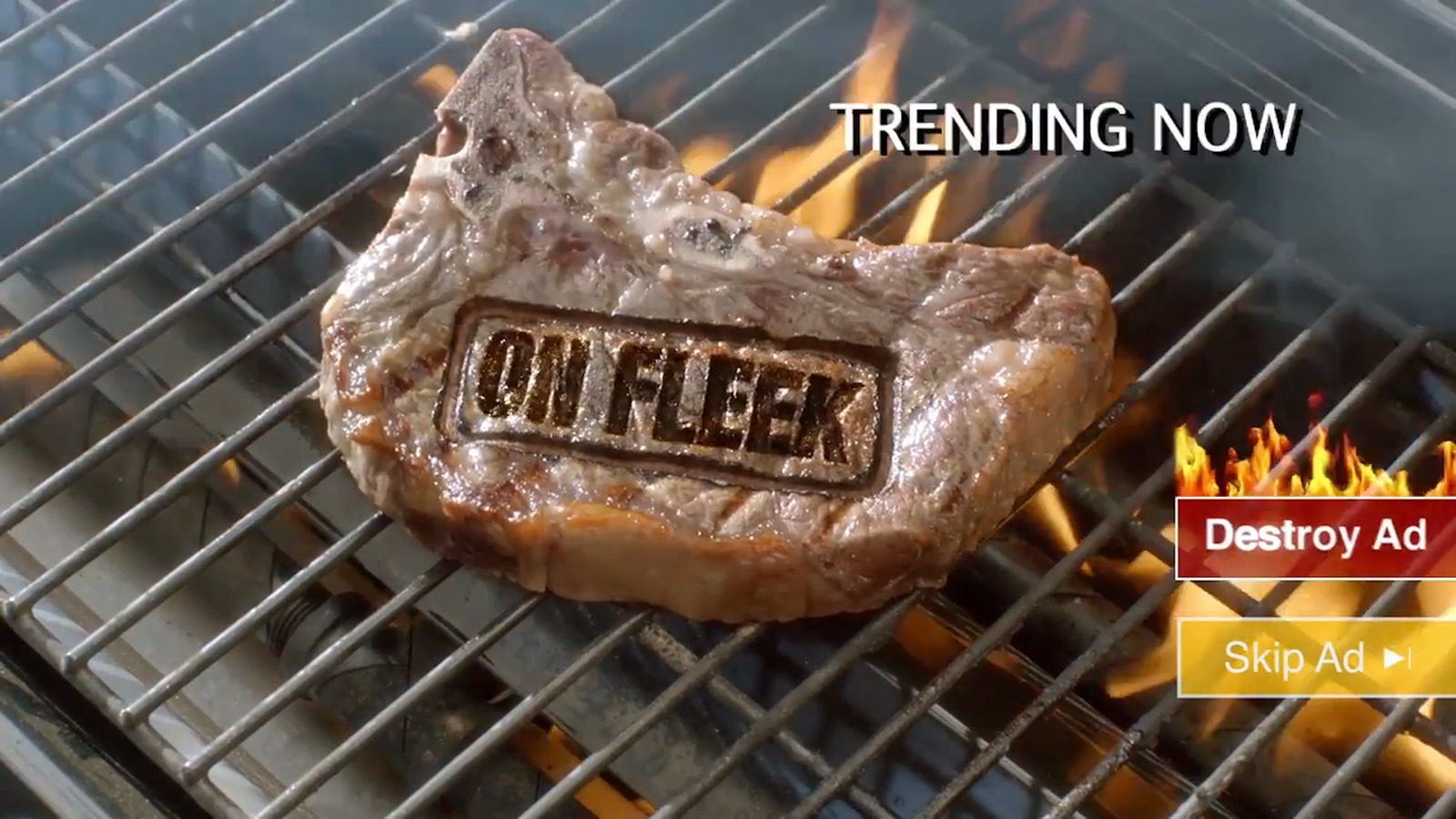 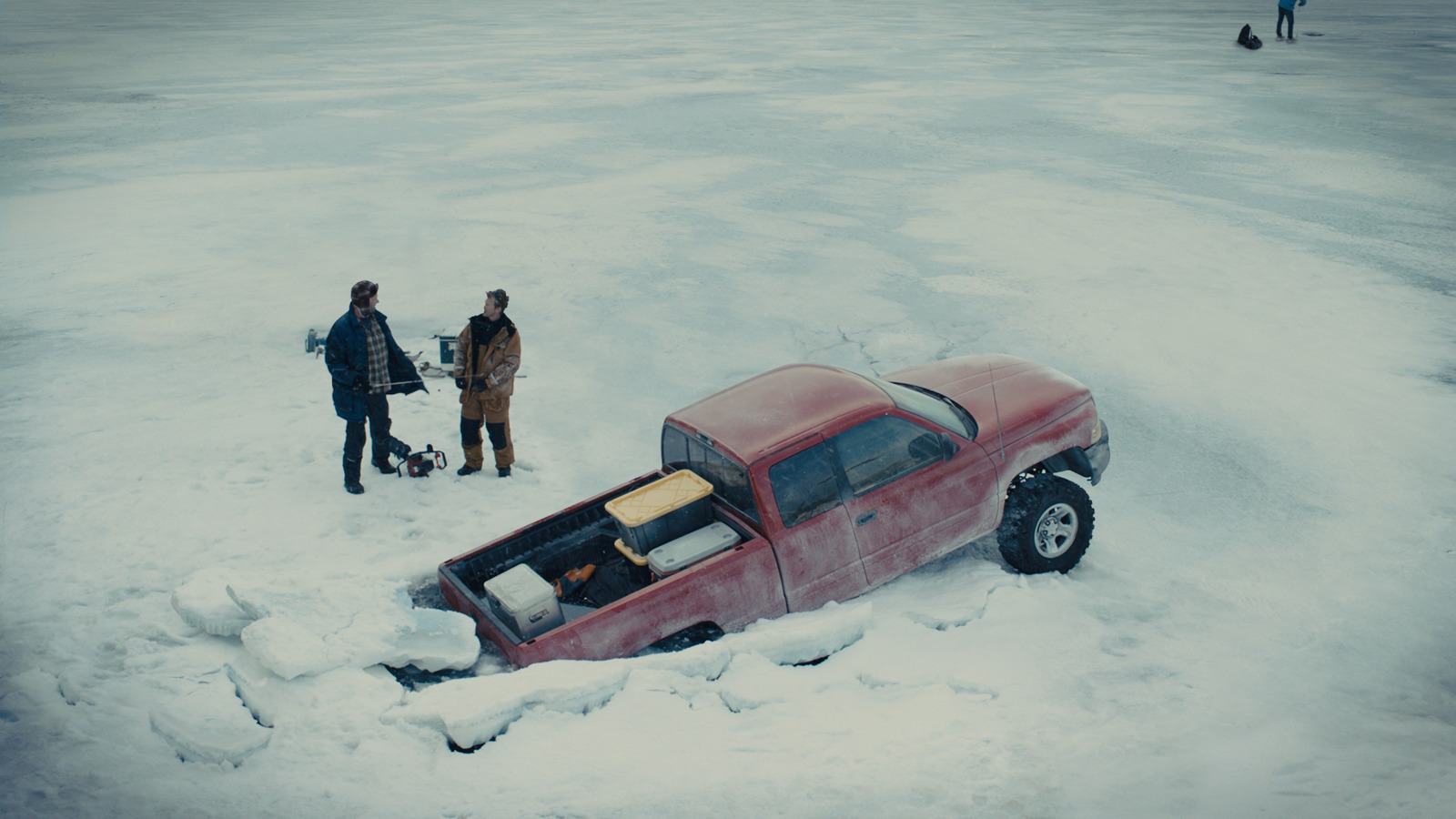