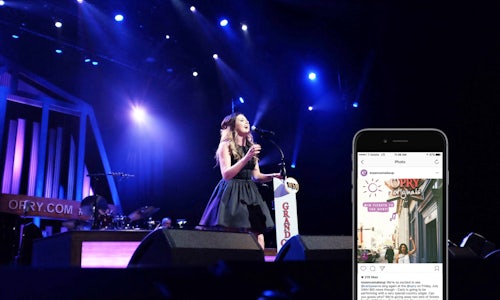 Wondersauce was tasked with making one of Europe's top value cosmetics brands a success in North America. The essence brand had a presence in more than 70 countries, but needed to be refreshed for young American and Canadian women. Facing a highly competitive marketplace with strong consumer affinity for established brands, essence had to immediately stand out and feel relatable.

In short our objective was to rebuild the brand, drive sales and overall growth. Doing so included building a new digital infrastructure and creating an activation program across multiple channels to drive immediate returns for essence makeup's first direct-to-consumer website (globally), essencemakeup.com

Through the rebrand, we relaunched the essence look across a new website, POS, PR materials, experiential, digital paid media, and social media. When Wondersauce began working with essence in North America, sales and brand awareness were low compared to its presence globally.

At the center of our strategy was an influencer program built on the knowledge that young women wanted authenticity, someone to "get them", not another celebrity face to compare themselves to.

Opting to become a bigger part of young women's lives meant eschewing the transactional relationships many brands develop with influencers and ambassadors. In that sense, for essence to succeed, the women needed to succeed.

We partnered with more than 30 young women from the United States and Canada. Much more than an influencer strategy, Wondersauce immediately began giving creative prompts, and the freedom to create content according to their own styles and tastes; Each girl had their own story. Even today, nearly 2 years after launch, the #essencestylists produce videos and tutorials, lending their validation in the marketplace in exchange for providing an alternative to the model-and-makeup artist tutorials that dominate the category.

Each #essencestylist is selected based on a strict set of criteria; we're not just looking for makeup junkies and it's not just about their social audiences. It's about who they are and who they want to become. These are ambitious, courageous young women with stories to tell.

We're working with musicians, medical students, surfers, food bloggers and artists. Each lives within driving distance of the stores where essence is sold.

And amazing things have happened, like when Carly Pearce achieved her dream of performing live on stage at The Grand Ole Opry in Nashville.

Though Carly had been trying to get noticed, she hadn't broken through with the music community. The Opry being a hotbed of new talent, making it on stage there would propel her career. When essence came into the picture, things started to change and together they were able to secure a booking at The Grand Ole Opry.

Leading up to the event we held a social giveaway that awarded 5 winners and their guest tickets to Carly's big show. To build interest, the brand partnered with cosmetics retailer ULTA to host a Meet & Greet the day before her performance. There, makeup artists gave makeovers while Carly performed her favorite songs and met with fans.

The excitement built toward the big moment the next day. The brand captured and shared in Carly's dream, joining her backstage while she coolly awaited her time in the spotlight. She performed flawlessly to an excited audience, and capped the night with thunderous applause.

Carly has since been invited back to The Opry and is busier than ever, thanks in part to the #essencestylist program. Moments like this are rare and unexpected, but demonstrate the real value essence has brought through their relaunch.

In 2016 we grew the essence social presence tremendously, adding more than 415,000 Facebook and 60,000 Instagram followers who would become the brand's base following the relaunch. A number of campaigns were run throughout the year, the most successful of which was called #BrightHappyHoliday. Thanks to our always-on slate of social content, this campaign resulted in a 180% increase in sales conversions compared to previous efforts. In early 2016 we helped build the business case to get essence sold in Target as well as building a direct-to-consumer ecommerce channel (essencemakeup.com). 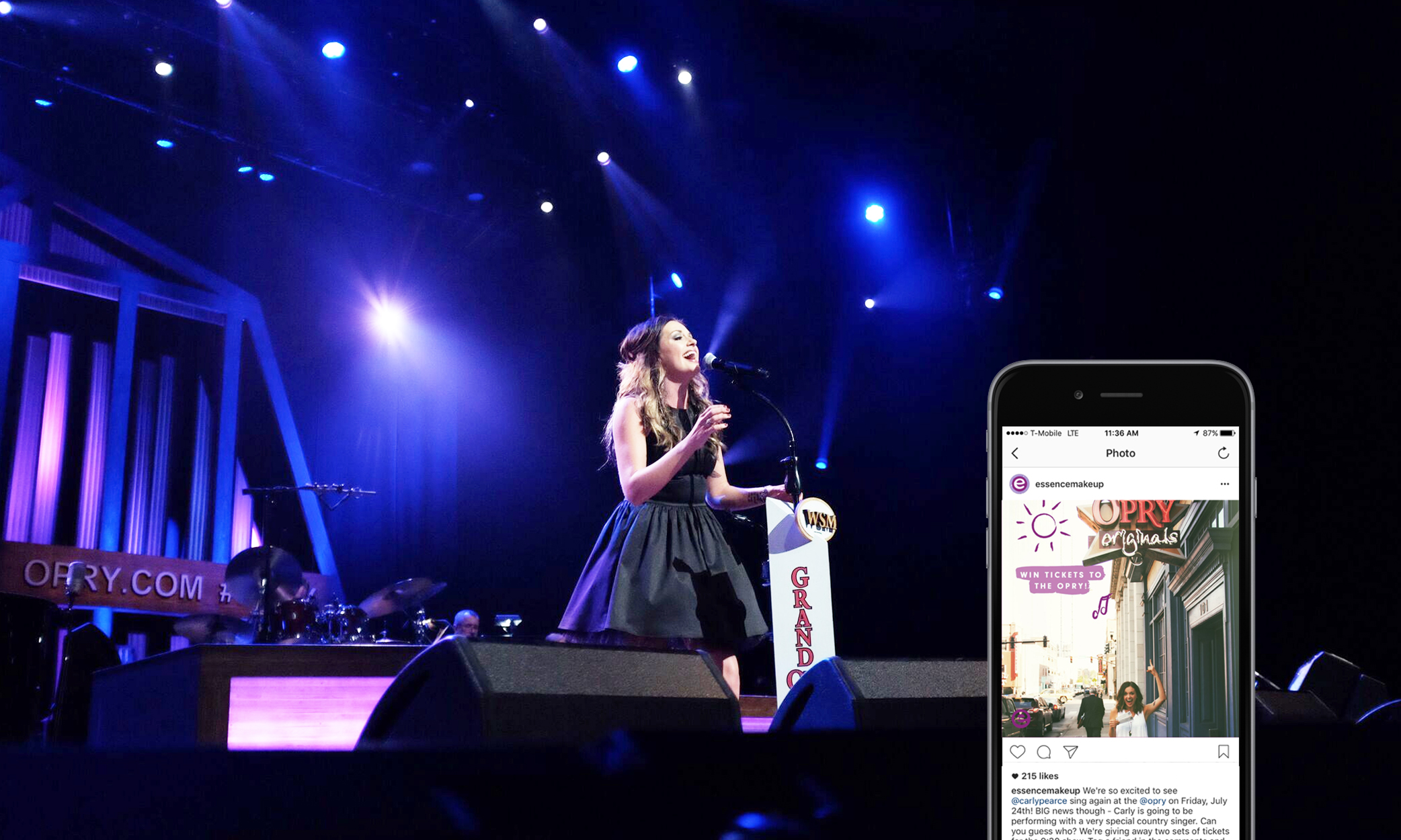 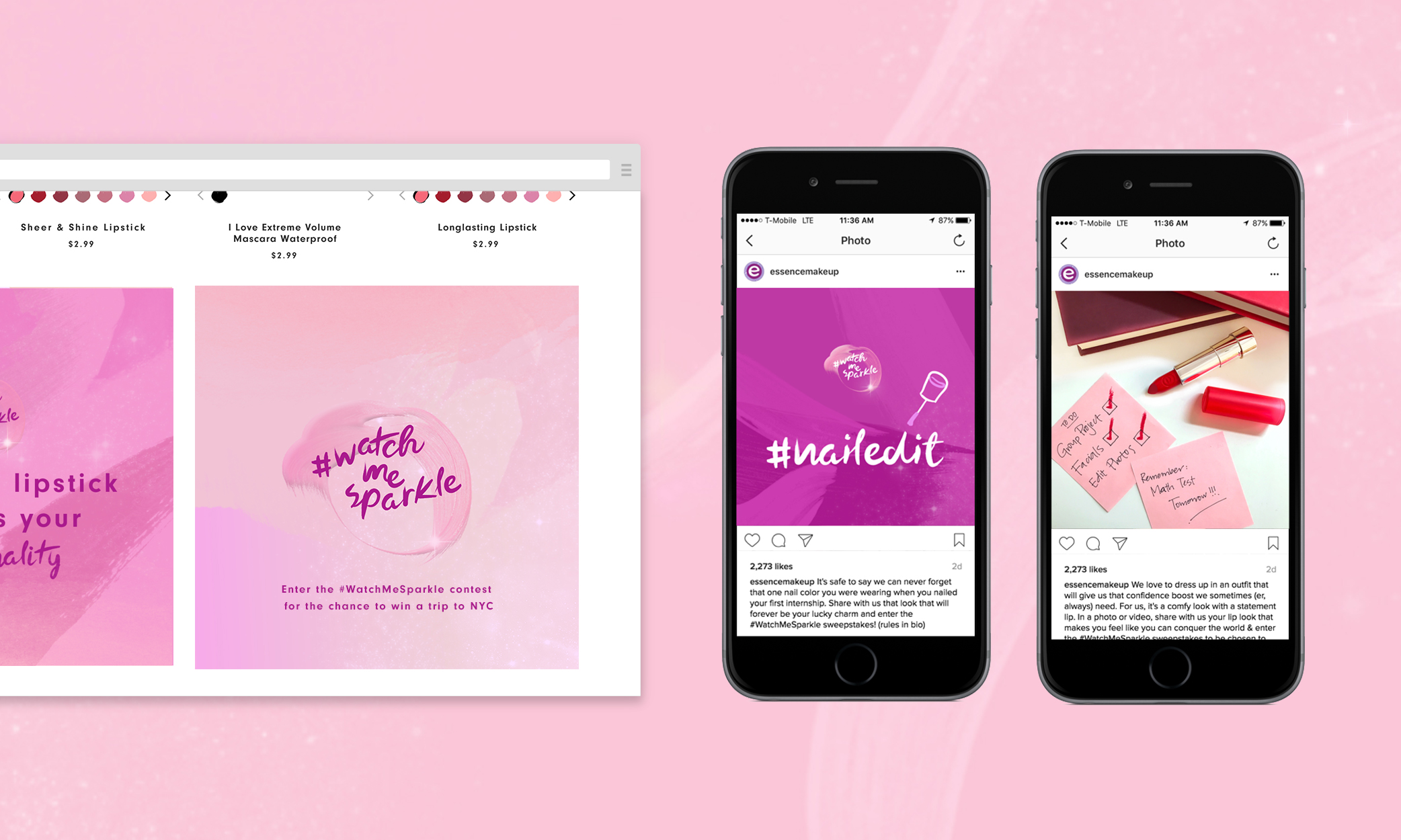 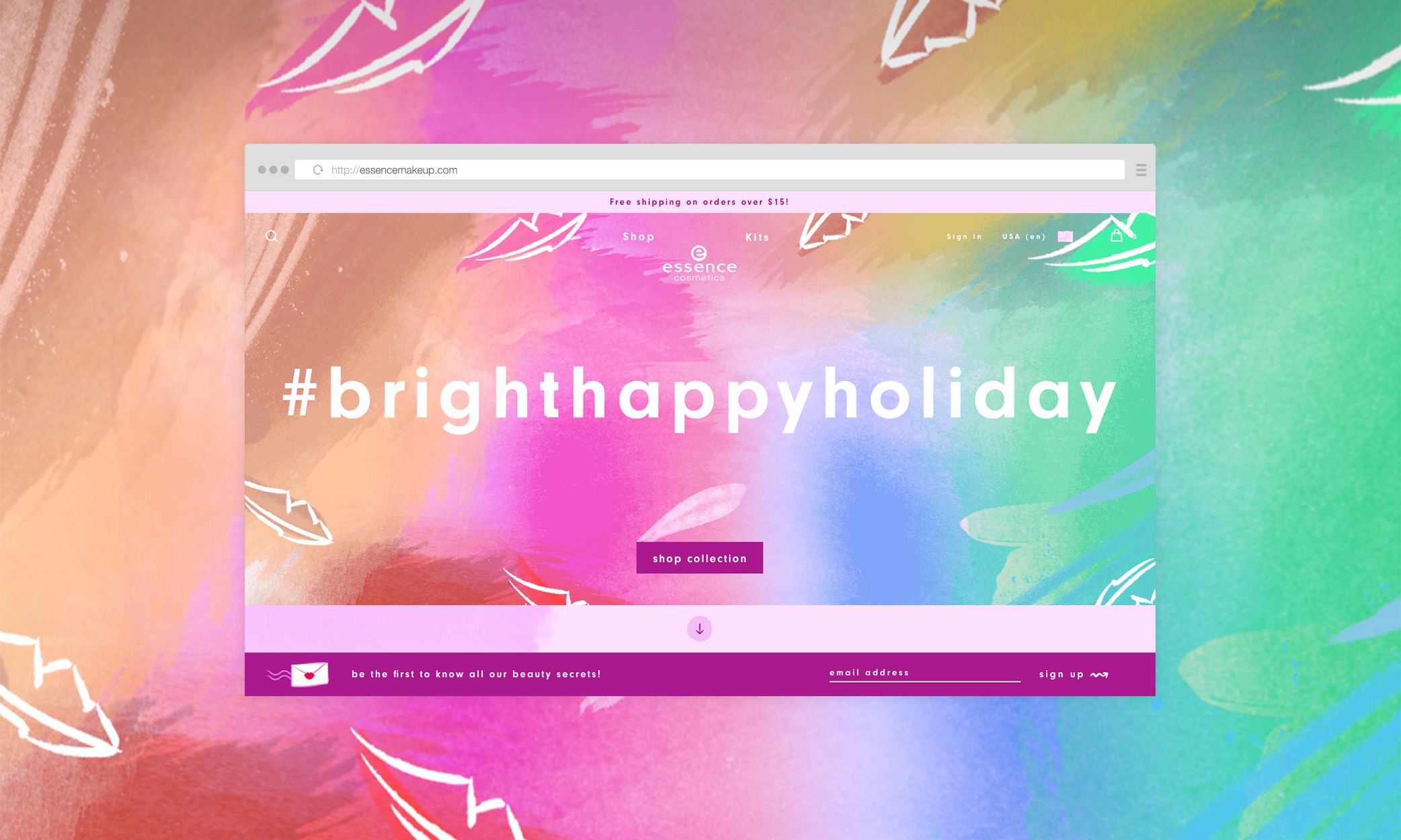 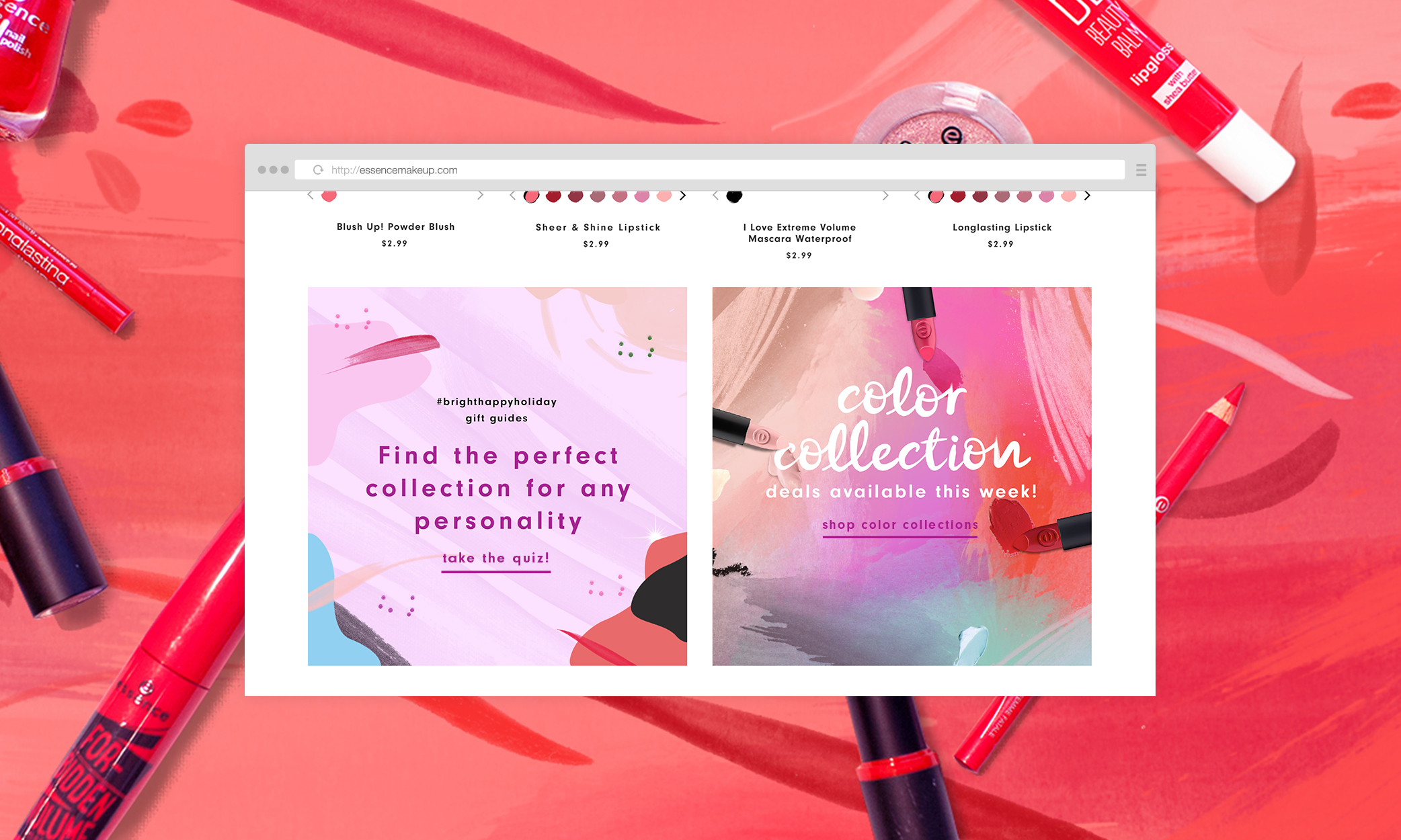