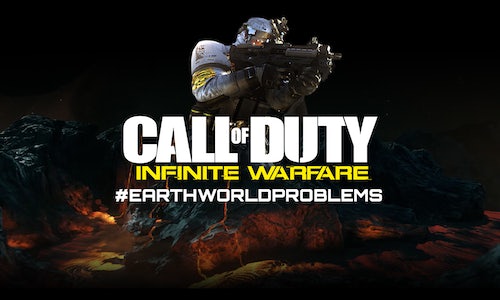 When Call of Duty: Infinite Warfare was announced via a trailer on its owned social media channels, the reaction from the Call of Duty fan base wasn't very inspiring. Fans were outraged when they learned that the game would take place in outer space, feeling the franchise had strayed too far from its Earthly warfare roots. Fueled by a user-generated online campaign, people went on the attack by going to YouTube and driving up dislikes on the trailer, making it the second most disliked video of all time.

Activision challenged Edelman to identify a tactic that would dispel the haters' false perceptions of the game and overcome the negative shadow that had been cast. So, we decided to take the challenge directly to the community: everything they thought they knew about this game was about to get exponentially more insane. Because, f*ck it, we're going to space.

Sure, Earth has its fair share of serious issues, but you wouldn't know it when seeing what people choose to complain about on social media. So, Call of Duty took to Twitter's #FirstWorldProblems and squashed their complaints with the challenge of space, revealing them as nothing more than #EarthWorldProblems.

Over the course of a two-day creative newsroom, the Call of Duty official Twitter account generated over 200 custom responses to people's first world problems, poking fun at them with tongue-in-cheek responses that showed just how much more challenging their "problems" would be in space with #EarthWorldProblems. Through both a comprehensive scrape of Twitter prior to the activation and active real-time monitoring in the newsroom, Call of Duty engaged their most loyal followers, but also expanded the conversation and reach to new audiences, influencers and brands. Additionally, responses were sent not only to people talking about their first world problems but also in response to trending topics and news taking place during those two days. Fans quickly noticed Call of Duty's humorous tweets and baited the account with their own first world problems to get in on the action, prompting an uptick in daily engagement.

Results around #EarthWorldProblems were nothing less than astronomical. The content received 251.6 million potential impression thanks to pick-ups from influencers and major brands like Domino's Pizza - a $1.25MM earned media value. #EarthWorldProblems officially ended Infinite Warfare's sentiment issue since its reveal, marking a turnaround in positive sentiment by 35% and decreasing negative sentiment by 50%. 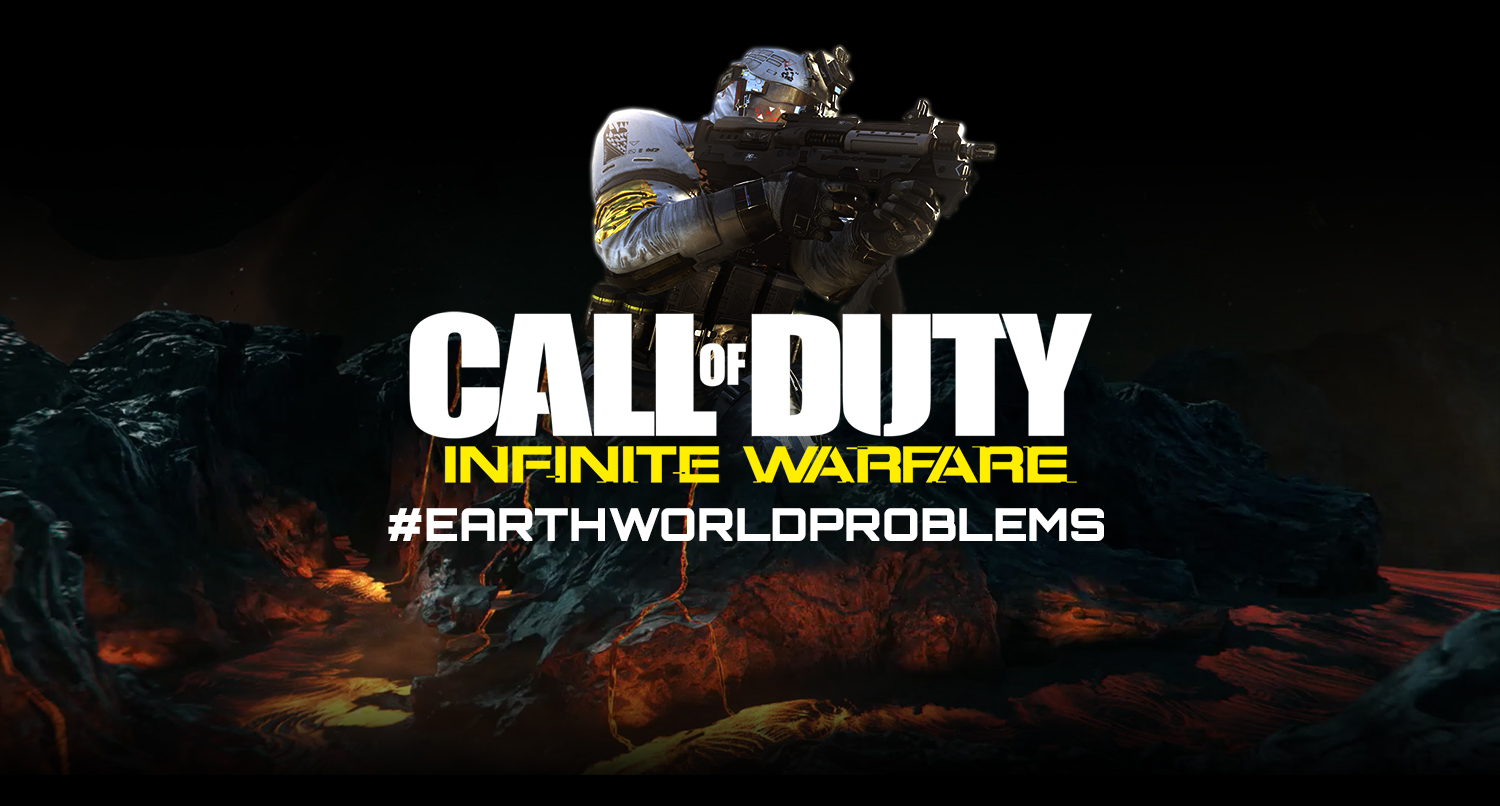