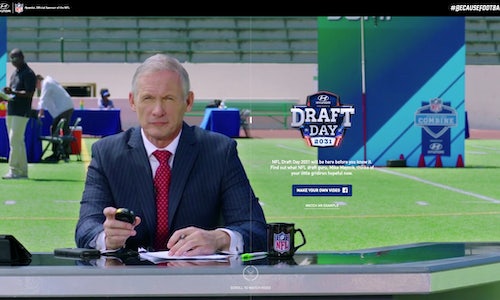 Draftday2031.com was designed to make the UGC component easy and seamless. Following a user's preferences on their video, they were asked if they would be willing to complete a survey while their shareable video was being generated. The data from the survey was used for a retargeting CRM campaign.

Draftday2031.com was the destination site where users could easily generate a video featuring Mike Mayock, the NFL draft guru that would tout their young football stars' potential for the 2031 NFL Draft. The strategy was designed to offer a sharable piece of content with the suggestion of answering a few questions.

The campaign ran for only one week, and focused on the NFL fans and their families by giving them a better way to engage and share their passion. Within the engagement factor, we set out to gather data from those that engaged and made their own UGC video. We set out to gather the basic Facebook login data along with a 3-part questionnaire that would inform the Hyundai CRM team of who was in the market to buy and what kind of vehicle they were interested in purchasing.

Draftday2031.com was launched a week prior to the NFL draft. Within a week of the NFL draft, the results were unprecedented.

77% of those who started optional survey answered all three questions.

121k total participants during the week of the draft. 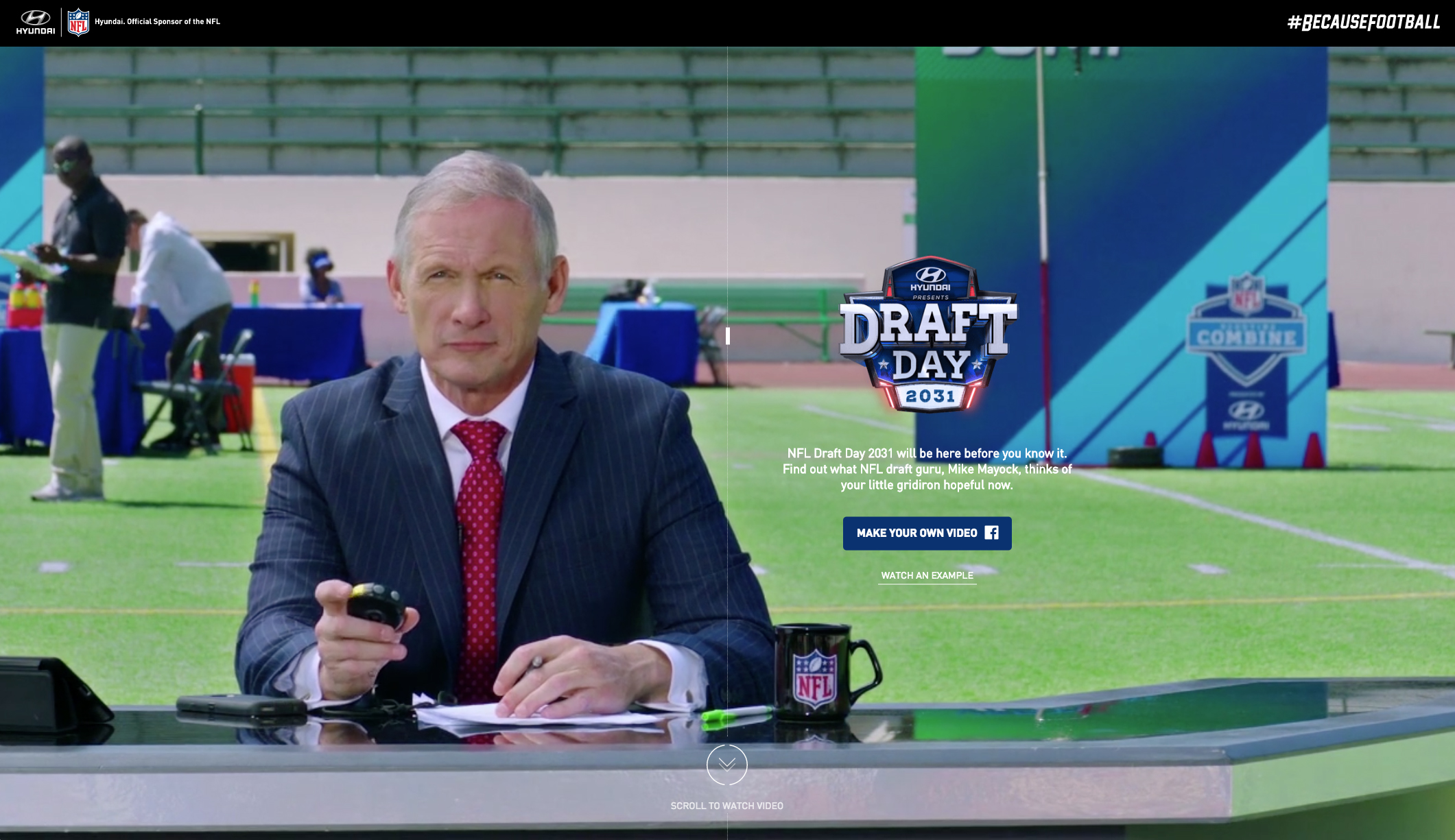 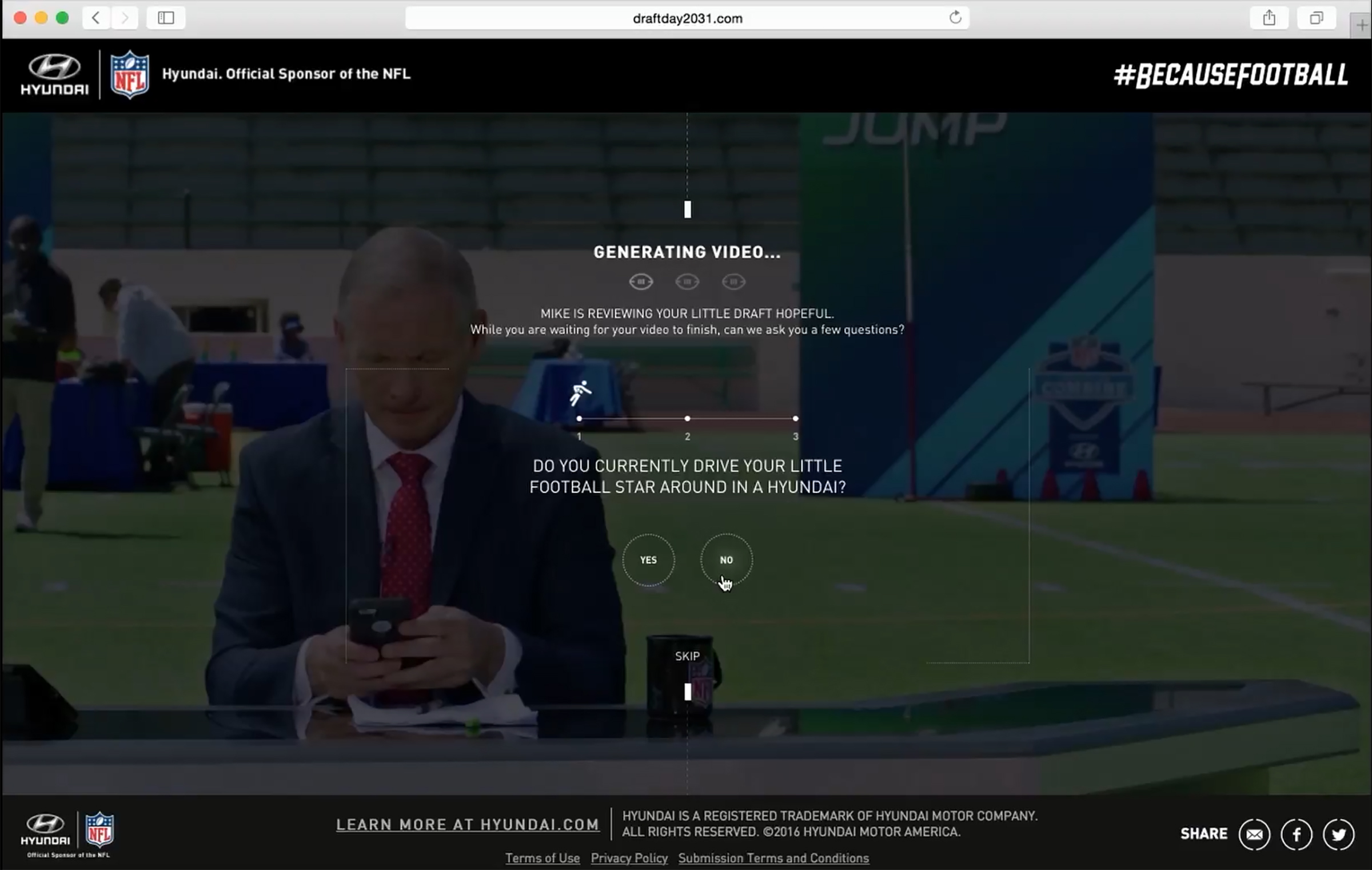 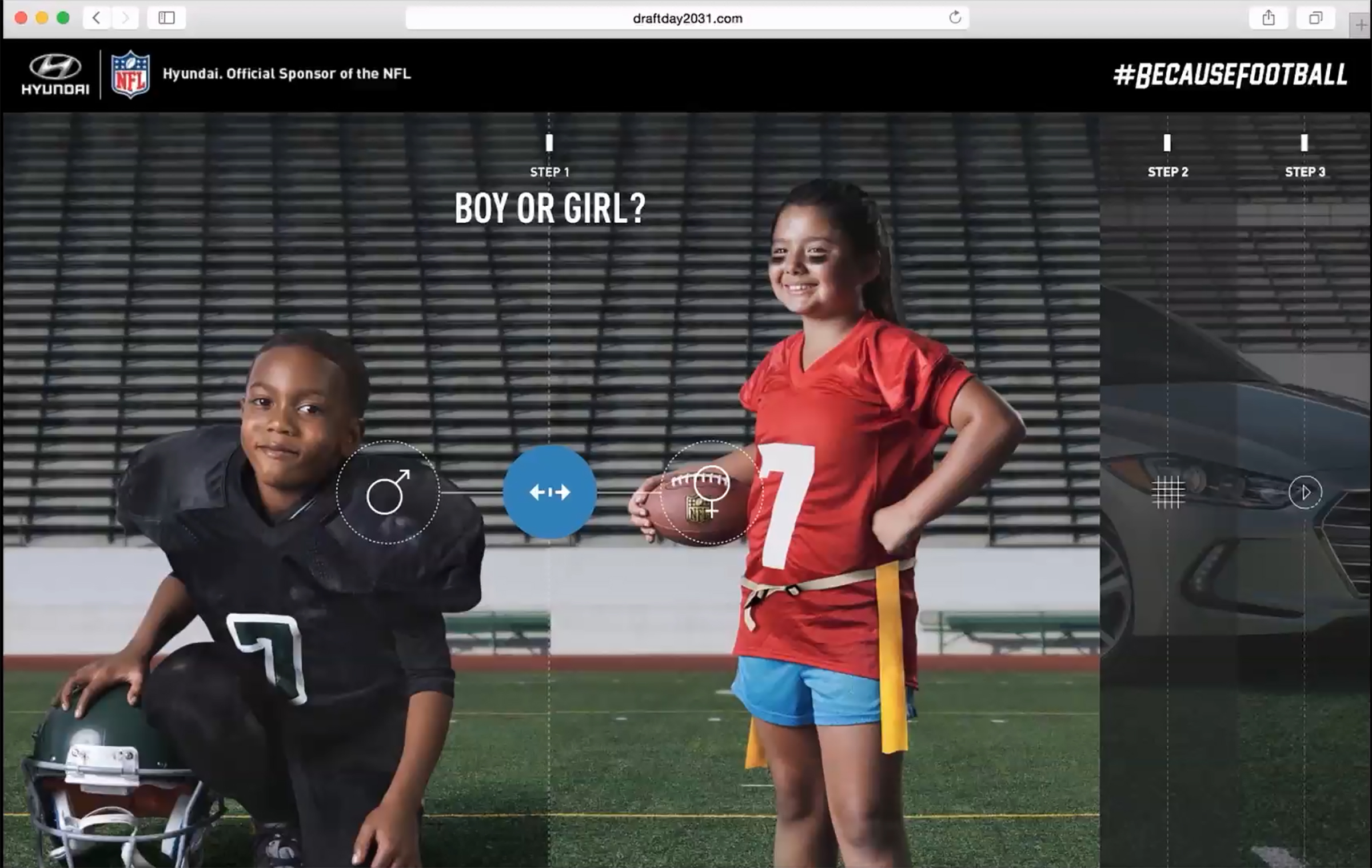