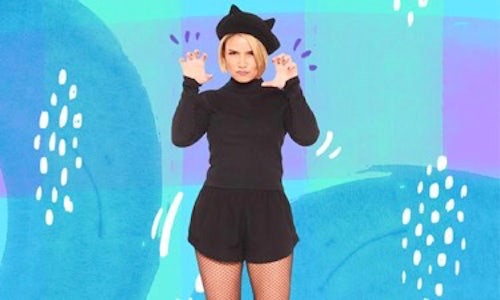 In an era of increased ever more pervasive media fragmentation and ad blocking, it's increasingly hard for brands to connect with young people through traditional advertising outlet. As such, brands are increasingly finding that the best way to market their products is to create entertainment that consumers actively seek out. This is particularly true when marketing to Gen Z, a consumer group who grew up with the Internet, and who not only demand that brands entertain them but that entertainment mutate to engage with them as a friend would. For some brands, behaving like a "friend" is a natural extension of their identity; for others, entering into native consumer communities can make them seem inauthentic, ultimately causing potential consumers to disinvite these brands from participating in their community. Our challenge was to position AT&T, a 131-year-old company with whom most young people had limited if any direct interaction, as a part of their community, driving brand relevancy and, ultimately preference.

In creating this new type of interactive, fan-driven content series, our approach to was to tailor social creative, execution, and distribution for Maiah's strengths, fan behaviors and platform truth. We knew right away that our show should live on Instagram, tap into Instagram's new feature allowing users to post 60-second-long videos, invite Maiah's audience to participate in her decision making, tap into her ability to make any situation comedic, and be bilingual connecting with her Latin-American fans. We also wanted to create a format that brought the audience into even closer contact with Maiah via AT&T.

We used these parameters as the foundation to create "Dear Maiah," a comedy-advice show that lived on Instagram. "Dear Maiah" was announced on Maiah's Instagram with a call-to-action to her fans to submit their "awkward situations" to her via comments or text messages to a designated AT&T phone number. A digital spin on an advice column, "Dear Maiah" encouraged the influencer's fans to tweet, comment and text her questions ranging from how to say no to how to share lipstick, tell a co-worker they have something in their teeth, or make their crush notice them. Over the course of the series, Maiah would provide her amusing, not-very-good, often kinda just wrong advice directly to the fans in a series of comedic sketches. The fans whose questions she was answering were thrilled to get personal advice from their favorite influencer, and anyone who just happened to be watching could laugh along with the often semi-tragic silly situations Maiah got herself into.

In the end, her fans raved that they were "addicted to the show" and that "these videos give me joy," and begged her and AT&T for a second season. But perhaps most gratifying to us was that Maiah posted multiple additional tweets and Instagrams saying how much she loved working on the show and appreciated the opportunity that AT&T provided her. (And honestly, that love was super mutual.)

In addition to social analytics and press highlights, our team noted insights from "Dear Maiah" that will help fuel another season of AT&T Hello Lab results in 2017. 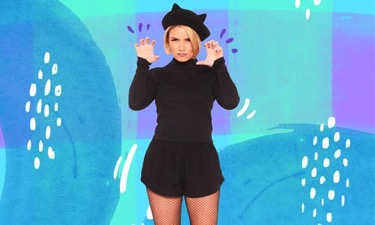