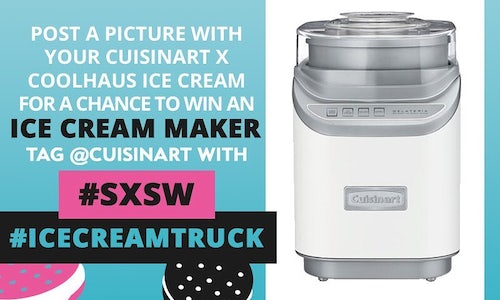 Cuisinart's goal in partnering with Coolhaus to co-brand an ice cream truck during the interactive portion of SXSW 2016 was two-fold: to increase social media interaction and communities across multiple platforms, and to put the brand in front of a younger demographic. Cuisinart is a mature brand that manufactures a wide variety of kitchen electrics, cookware, gadgets, and more, that has significant awareness among older demographics. However, it has long been the company's goal to become more familiar to younger consumers so as to make them ongoing customers as they move through each stage of their lives. Coolhaus, conversely, is a youth-oriented brand that resonates strongly with millennials, Gen Y, and Gen Z. By partnering with them on this initiative Cuisinart was able to leverage Coolhaus' strong and highly interactive social following, and to attract a large crowd over two days during one of the country's biggest and most high-profile consumer events.

Once the partnership was outlined and agreed upon by both Cuisinart and Coolhaus, the Cuisinart Creative Group and Cuisinart's public relations firm began working on a design for the full truck wrap, edible wrappers, and menu magnets. All designs took into account branding elements of both companies, as well as those of SXSW itself, and used the tagline, crEATe the future. Additionally, once Cuisinart's digital media company, bps Digital Media Solutions, conducted hashtag research, it was decided that #SXSW and #IceCreamTruck would have the most reach and would be implemented into all design elements and be a part of the social contest surrounding the two day activation. bps also created a dedicated geofilter for Snapchat to be used as part of the contest as well.

From 12pm to 4pm on the first Saturday and Sunday of SXSW, the Cuisinart-branded Coolhaus truck was parked close to the Austin Convention Center, on a main thoroughfare, giving out free ice cream sandwiches to anyone who wanted them. The sandwich and ice cream combinations were chosen and named by the Cuisinart Creative Group, and were given away along with edible wrappers that were also co-branded with logos and hashtags. Throughout the event, Cuisinart's Director of Marketing and the company's lead public relations representative were on-site to promote the giveaway (both verbally and across Facebook, Instagram, Twitter, and Snapchat), drawing crowds to the truck.

While SXSW attendees were waiting in line, the Cuisinart brand and products were explained to them (and Cuisinart Ice Cream Makers were on display), and they were informed of the social contest surrounding the activation. If they posted on any platform using the dedicated hashtags and both companies' handles, they were entered to win one of six Cuisinart Ice Cream Makers that would be mailed to them after the event.

This activation and social contest were also promoted leading up to the event as well, by both companies.

The two day activation attracted hundreds of SXSW attendees, and yielded 7,715,638 potential impressions (according to Cuisinart's Netbase report), as well as an increase in following across both companies various social media accounts. Please see the link below for the full report.

Cuisinart was extremely happy with the results of this campaign, and will be doing another activation in 2017. 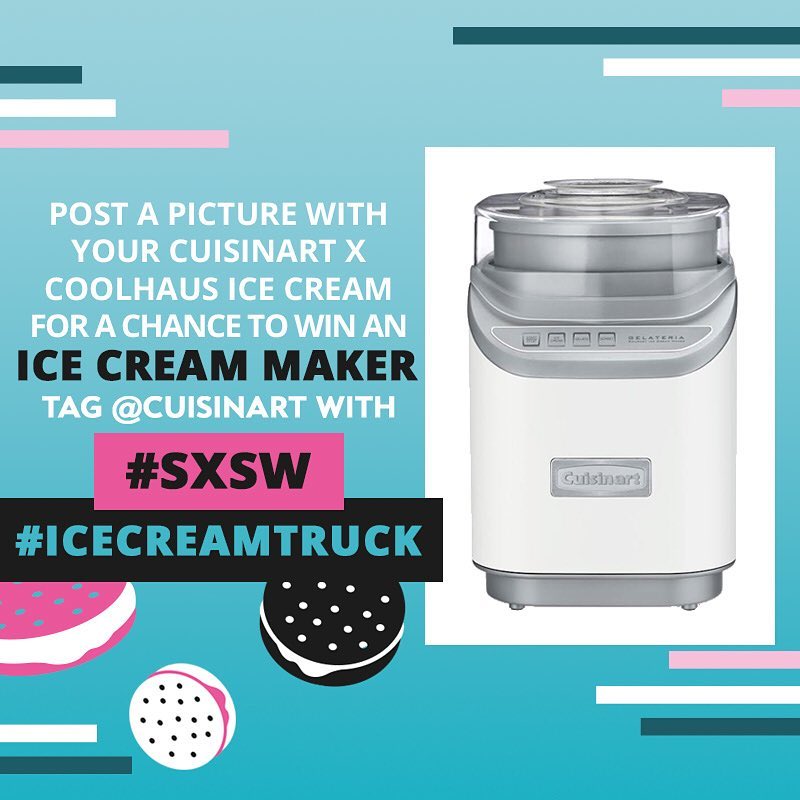 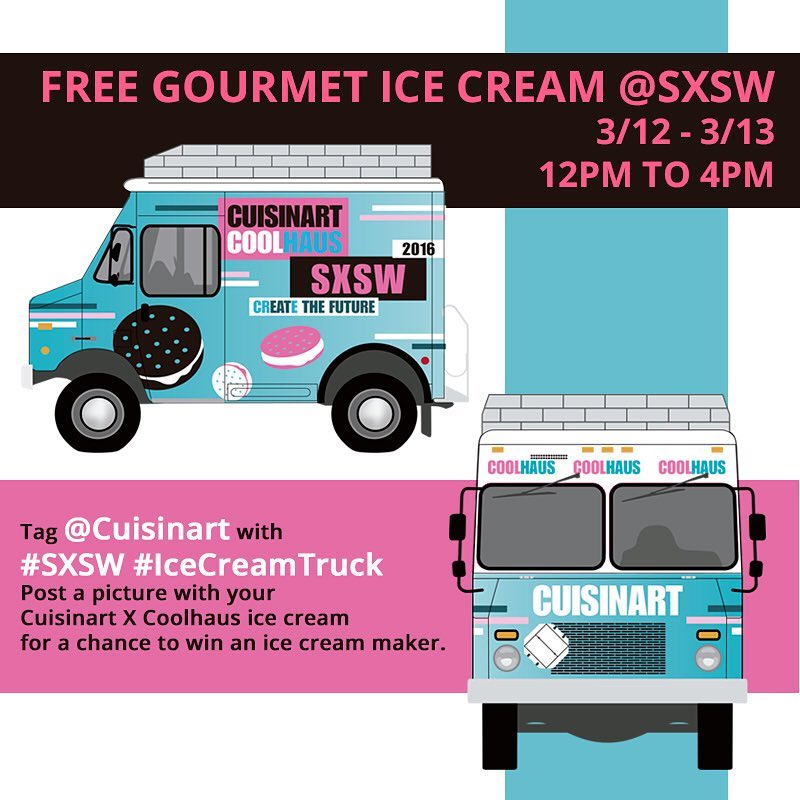 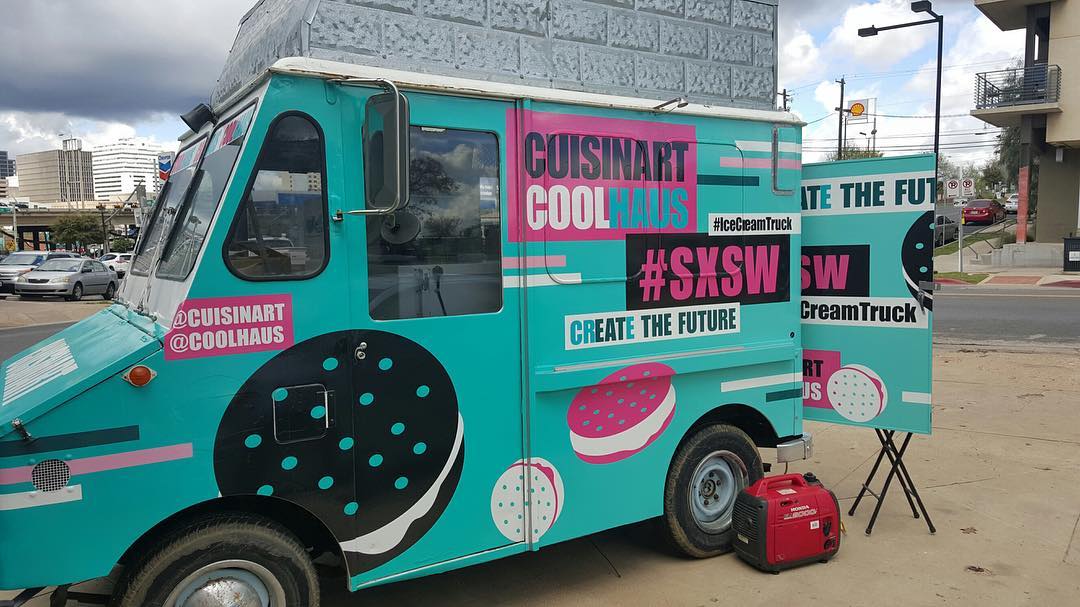 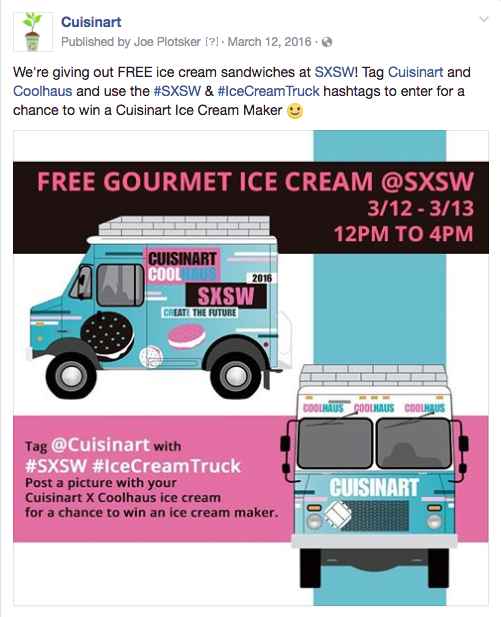 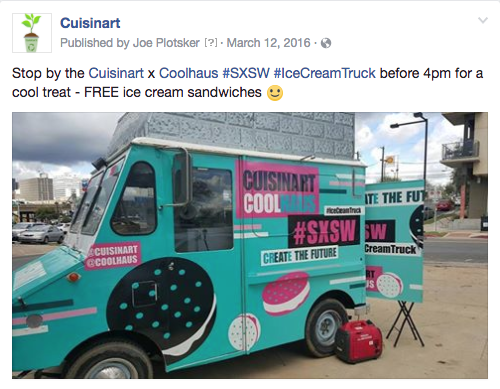 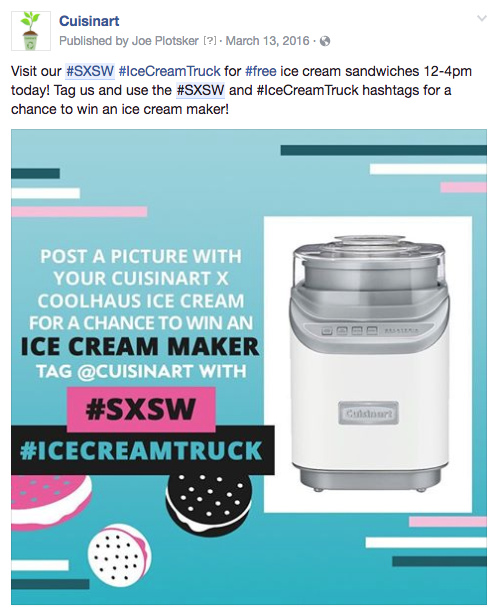 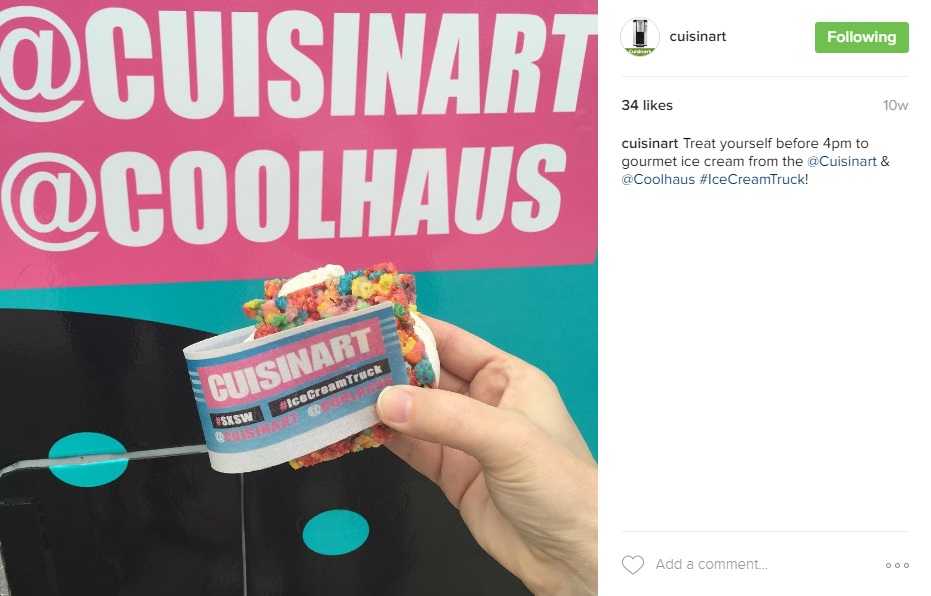