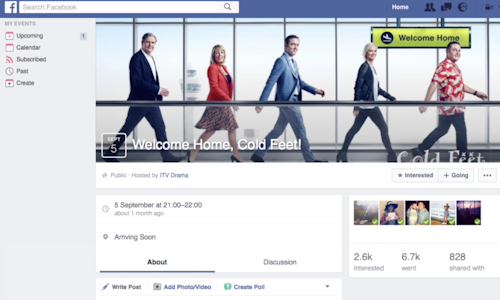 Cold Feet was one of Britain's favourite 90s dramas. But where are they now? How has life treated them since we last saw them? And what adventures and mishaps are still to come? Previous fans have missed them and can't wait to catch up, and there's a whole new generation yet to meet and fall in love with them.

What was expected of us:

Our campaign thought was around the big reunion – this isn't just about the characters reuniting but about our audience reuniting with them. ITV wanted to invite our fans to the reunion and to recruit new fans from a new generation of viewers.

Social media didn't exist the last time Cold Feet was on air, but this time it was a crucial part of the campaign.

1) The first phase of the campaign was Reminisce. We put every episode of Cold Feet on the ITV Hub and launched a social campaign reminding everyone of why they first fell in love with these characters. This included key videos, gifs and character moments from the first five seasons.

2) Next was the Recruit phase. This was all about filling in the gaps in the buildup to the series. In the 13 years the show had been off-air, Twitter and Facebook had both been born, so we imagined how the characters had been using them with a series of character-driven tweets written in collaboration with the show's writer, Mike Bullen.

3) In the Countdown phase, we created a Facebook event page to build a sense of anticipation and we targeted a new audience through a Facebook Canvas ad, a custom Facebook prompt and Instagram stories.

4) Throughout the series, we kept the buzz going in the Remind and Re-Live phases. We created a roundup of each episode and shared the best moments. For the finale, we created a Cold Feet party. Every time somebody tweeted #ColdFeetParty, they were automatically sent a personalised party invite featuring their names. We then rounded up everyone's favourite clips with a series of Twitter polls - we took the fans favourite moments and turned it into a custom fan-made montage celebrating the return of Cold Feet. 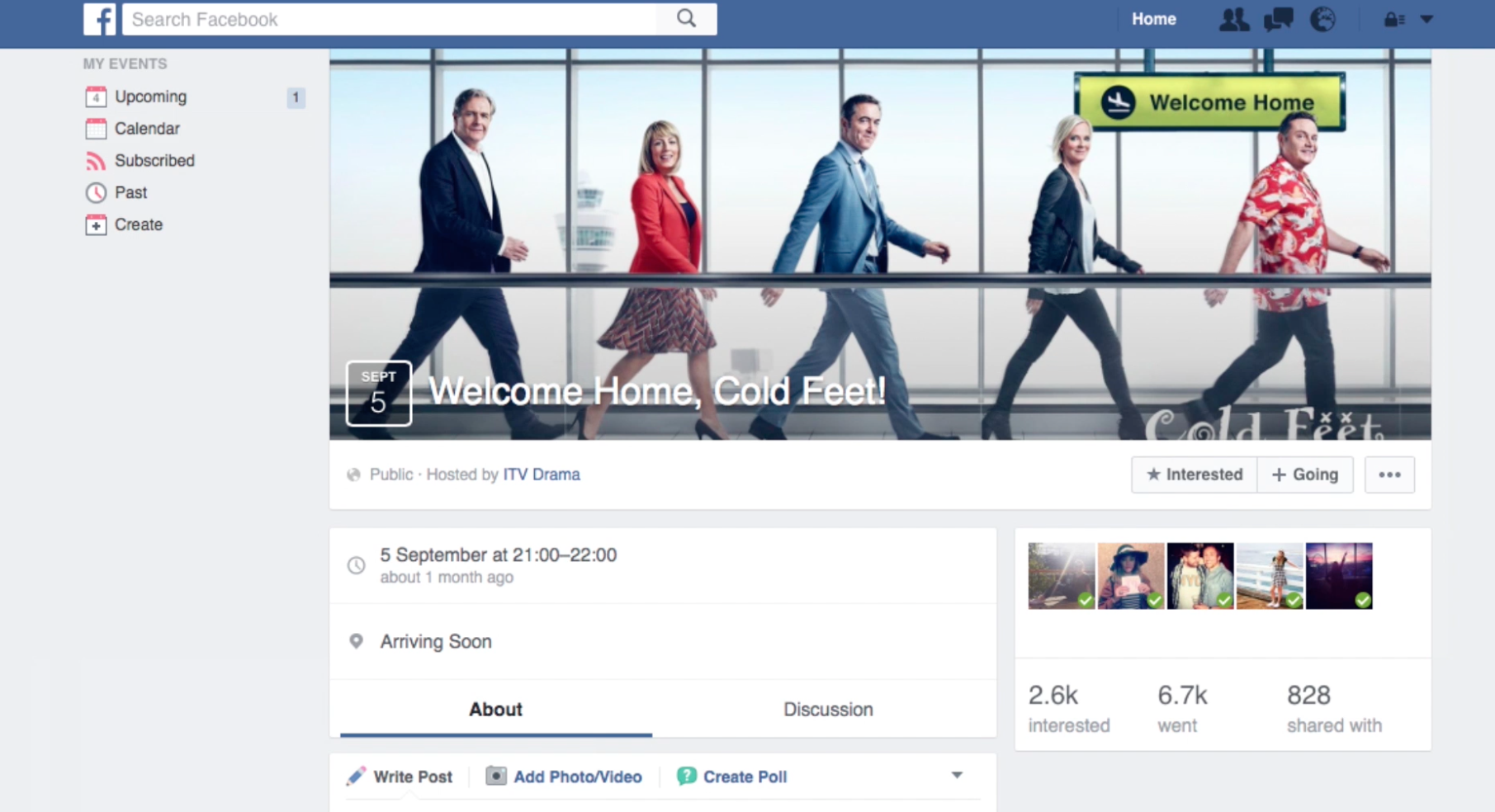