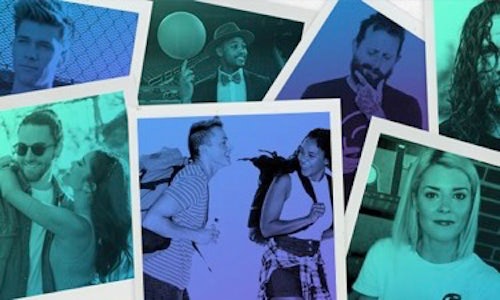 In February of 2016, we launched AT&T Hello Lab: a year­long, influencer­driven initiative devoted to creating great friendertainment. In choosing influencers, we looked for the best innovators in the spaces where our audience was both connecting with friends and being entertained—platforms like YouTube, Facebook, Instagram, Twitter, and Snapchat. Together, AT&T and our influencers created a bespoke content series in which the AT&T network truly powered the storyline. Each series lived on the influencer's respective social platform and was designed to uniquely engage personally with her/his specific audience. Live experiences, additional social extensions, digital ads starring the influencers, and custom merch engaged the audience throughout this yearlong campaign.

Writing With Grace: A social media experiment that crowdsourced the writing of YouTube phenom Grace Helbig's novella Freak Week. To execute this, we teamed up with the popular developing social platform Wattpad, which allowed fans to read selected chapters, write their own versions, and participate in real-time writing workshops.

Make My Monday: A Snapchat series starring Shonduras, in which fans were given full reign to direct Snapchat superstar Shaun McBride in real time by submitting challenges they wanted to see him attempt every Monday.

On The Line: The first ever sports series on Instagram, featuring comedian and former professional basketball player Brandon Armstrong. Fans were able to participate by directly texting and tweeting questions during interviews, participating in challenges, and playing pickup games with Armstrong.

Public Record: A YouTube visual album in which we tapped the husband-and-wife musician team Michael and Carissa, better known as "Us the Duo," to write songs entirely inspired by their fans' personal stories.

The Disappearing Girl: A groundbreaking YA romance series where fans unlock the story as it plays out in real time over social media.

Dear Maiah: A digital spin on an advice column in which influencer Maiah encouraged fans to tweet, comment and text her questions, which she then answered in the form of comedic bilingual sketches.

Dine & Thrive: A cooking-show featuring Instagram-famous chef Lina Saber, who invited her fans to contribute in the creation of a digital potluck.

Your Move: The first-ever Instagram dance school for fans to watch and participate in, hosted by the Instagram-beloved self-taught dancer Amymarie Gaertner.

Ultimately, each show would create a fan community whose members engaged passionately with each other, the series, and the influencer—all with AT&T positioned front and center.

AT&T Hello Lab surpassed all social KPIs in its first year. We achieved 429% of our views goal with 42.7 million views, and achieved 358% of our impressions goal with 492.5 million impressions. In addition, we logged 30.4 million fan engagements in this time frame, a stat that further affirmed the success of our friendertainment content approach and the power of 1:1 fan interactions.

The results we're most proud of are the audience's reaction to the program. With AT&T Hello Lab, far from viewing AT&T as an intrusion, fans invited us into their friend group and commented on how much they loved what AT&T was creating, even calling the ability to co-create and connect with their favorite influencers "life-changing," and passionately requesting second seasons of all of the series we have aired to date. 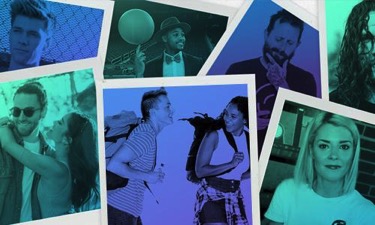