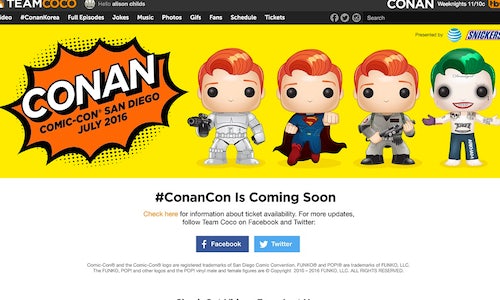 AT&T knows that wireless network demands are highest and the social media spotlight shines brightest every year during Comic Con. From major celebrity sightings to unforgettable moments inside the convention center and throughout downtown San Diego, there will be plenty of shareable moments. AT&T customers will be out in full force at Comic-Con, using their mobile devices to share these moments on social media and with their friends and family.

CONAN has the most engaged fans in late night television. AT&T sought to align and activate their brand with CONAN's young, tech-savvy audience as an integral part of CONAN's big week at Comic Con.

Turner and Team Coco turned this into a huge opportunity to achieve key AT&T objectives:

Enhance the consumer experience of CONAN in San Diego, or at home, through unprecedented access powered by AT&T.

Bring CONAN @ Comic-Con to the fans in a breakthrough way.

Conan360 content available to fans in 360 on TeamCoco.com and in VR on the Team Coco App with the use of a VR viewer 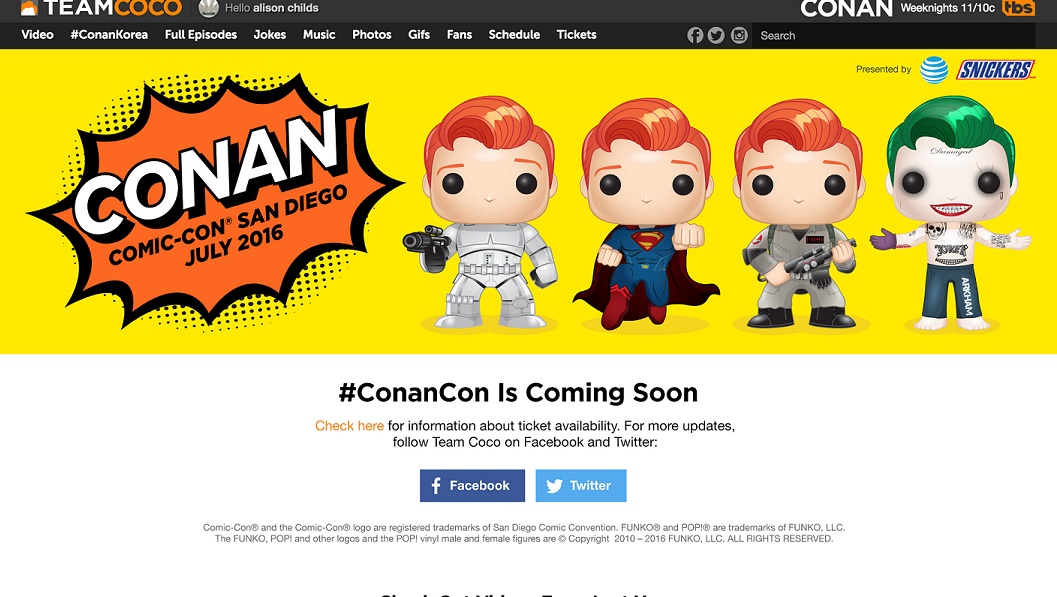