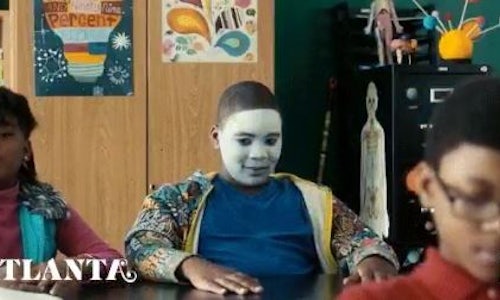 As the popularity of Atlanta began to explode during its first season, fans began to consume the show in two ways: on their TV and through their Twitter account. During the pre-season build-up and the first few episodes of the season, FX established the Twitter account as a hub for online conversation each Tuesday night. This was partially due to the creative content that FX posted each week – ranging from original still images, videos, memes, and most importantly, GIFs. FX knew from the outset that fans would be GIFing the show's most memorable moments, so why not create them internally and further cement the account as the official source of the show. The unique tone of Atlanta meant that there were many GIF moments that struck a chord with fans. But none more so than Tobias.

After first screening episode 6 ("Value"), FX knew that Tobias would likely strike a chord with Atlanta's audience. In the episode, Earn's best friend (and mother of his daughter) Van is revealed to be an elementary school teacher. Adding further layers to her already complex character, the episode showed Van balancing her personal problems with her career. Punctuating the chaos of the episode (and Van's life) was the random appearance of her student Tobias, smiling ear-to-ear, with his entire face inexplicably covered in white paint. Tobias was in white-face. He only appears for a few moments – and in typical Atlanta style, his presence goes unexplained – but the unexpected image was nothing if not memorable. For the GIF, FX kept things simple cut a shot of Tobias with repeated zoom-ins, mimicking the audience's slow-burn reaction to what they were seeing. FX released the GIF as it occurred during the east coast airing of the episode.

The Tobias GIF was an instant hit with the Atlanta fanbase. The original tweet received almost 600 RTs and nearly 1,000 likes. More importantly, it spawned hundreds of similar GIFs, memes, and other fan-made assets. By creating this original asset, FX helped shine light on this moment and make it a lightning rod for fans to get creative with their own art. FX followed this asset up with two additional Tobias-based assets throughout the show's run – Tobias' "class photo" and a Happy Thanksgiving GIF featuring Tobias in a Pilgrim's hat. This GIF did exactly what a TV show GIF should do – highlight a memorable moment and extend its reach beyond the show and into the real world. 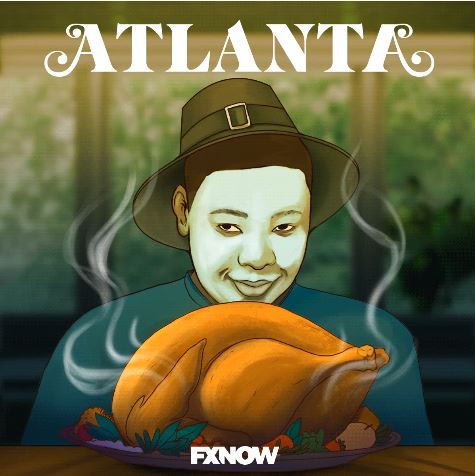 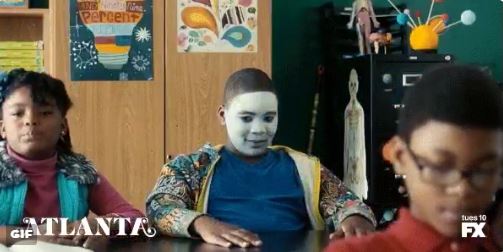