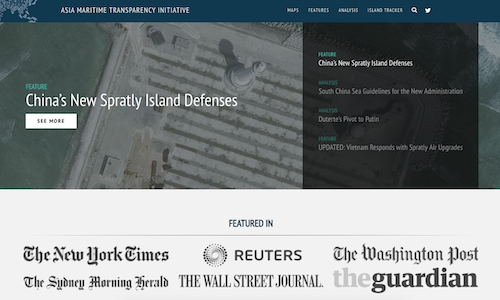 The Center for Strategic and International Studies (CSIS) is a bipartisan, nonprofit policy research organization dedicated to providing strategic insights and policy solutions to help decisionmakers chart a course toward a better world. The Andreas C. Dracopoulos iDeas Lab enhances CSIS's research with the latest in cutting-edge web technologies, design, and video.

The maritime environment in East Asia contains both promise and peril—home to the world's most important shipping lanes and abundant natural resources, but also competing territorial claims and increased militarization, where an isolated incident could become a geopolitical disaster.

The CSIS Asia Maritime Transparency Initiative (AMTI) uses satellite imagery to uncover the changing geopolitics of maritime Asia, such as China's island building in the South China Sea. AMTI aims to promote maritime transparency in the Indo-Pacific and unpack the region's complex disputes, especially those in the South and East China Seas, in order to raise awareness among policymakers and stakeholders.

The foundation of AMTI is the integrity of the information we present. AMTI aggregates information from news sources, as well as specially designated research and nonprofit organizations, public sector institutions in Asia, and individuals. There may be rare instances where AMTI will be asked to keep the source of a particular piece of information confidential.

The core of AMTI's work is the satellite imagery and analysis that exposes never before seen developments in the South and East China Seas. This feature on newly-constructed defense capabilities, for example, was the first time that China was shown to have put anti-aircraft guns in the South China Sea.

Groundbreaking research and accompanying satellite photographs by AMTI first alerted the world in April 2015 to a policy storm brewing in the South China Sea. In an exclusive New York Times cover story "Piling Sand in a Disputed Sea, China Literally Gains Ground," April 8, 2015, images and analysis provided to the Times by CSIS's AMTI alerted the world to China's activities in the South China Sea and the territorial claims being disputed among Asian nations.

Since then, AMTI's images and analysis continue to illuminate the public geopolitical debate surrounding land reclamation, military construction and armament of islands in the South and East China Seas. Governments, the private sector, academia, and media spanning the globe benefit from AMTI's work in this critical area of public policy. AMTI averages 46,000 unique visitors per month, and over 100,000 page views per month. AMTI's interactive maps generated over Y views in 2016. 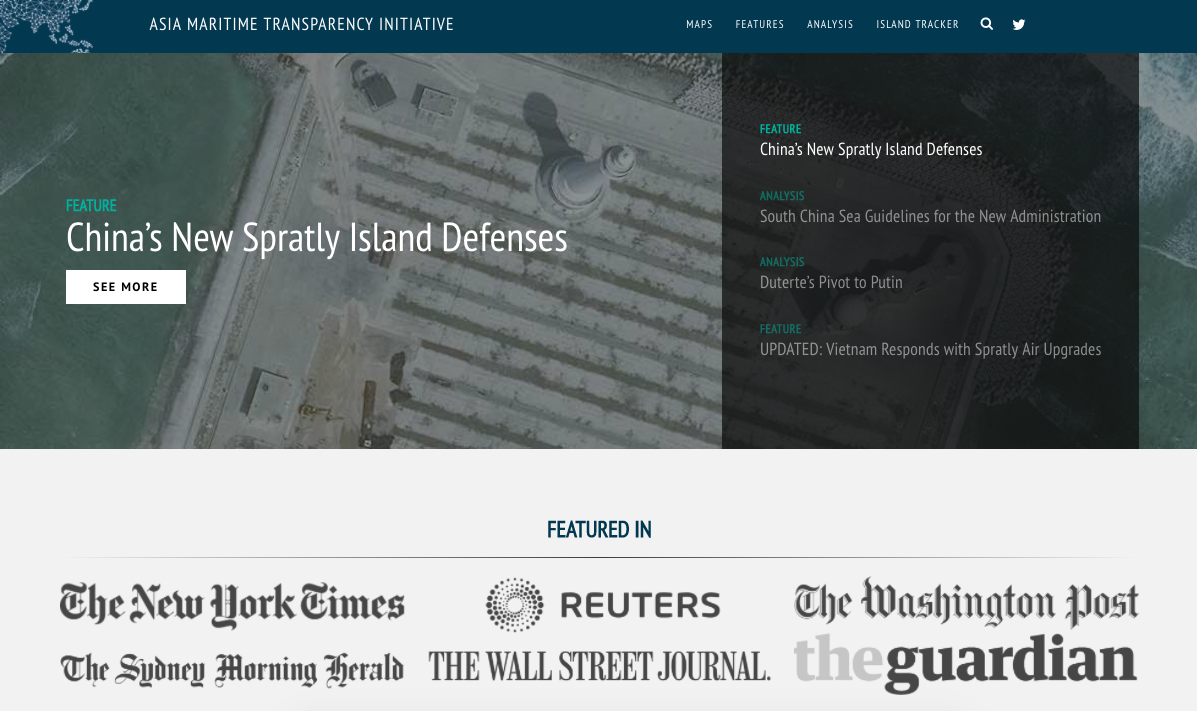 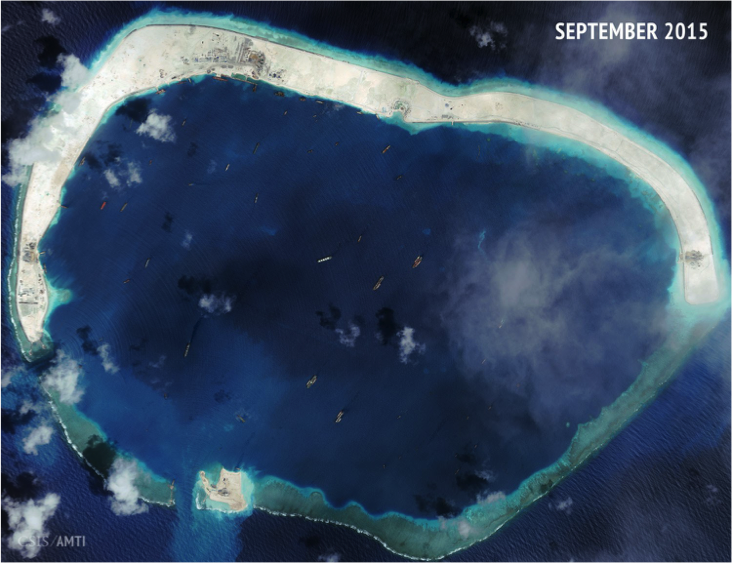 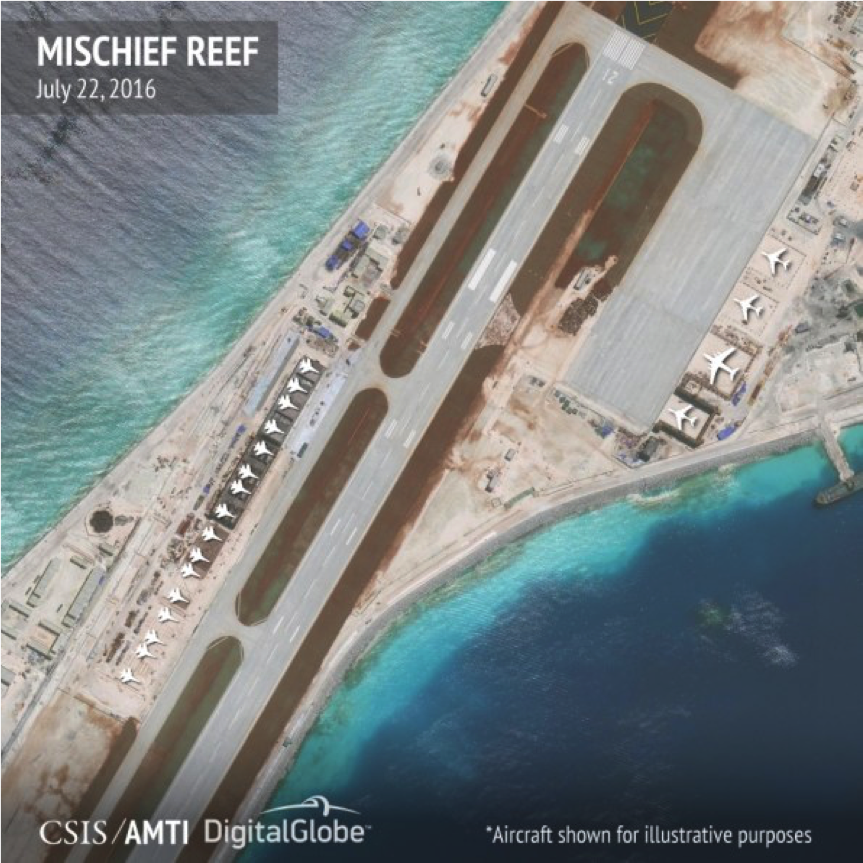 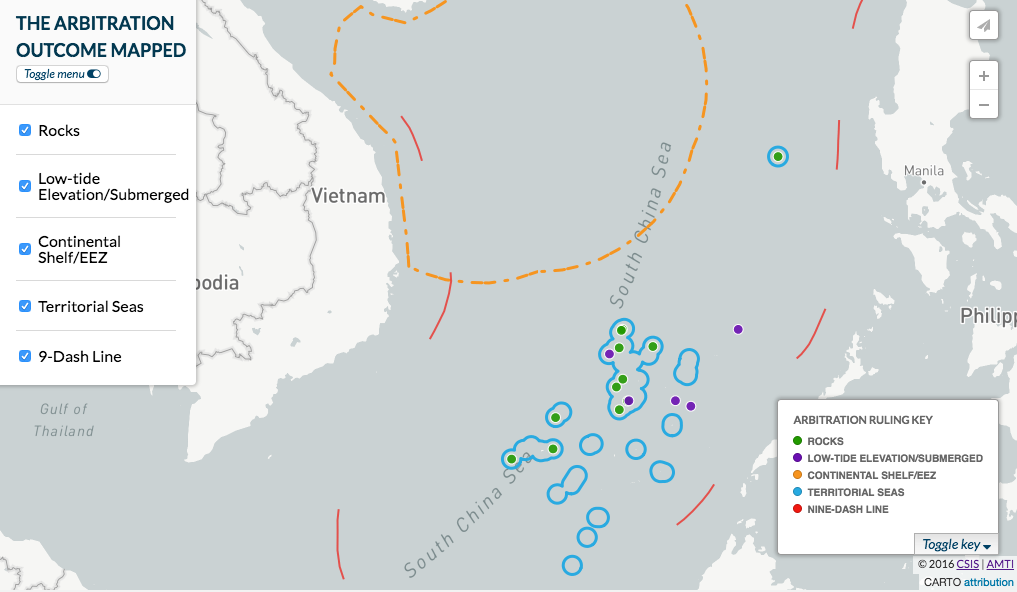