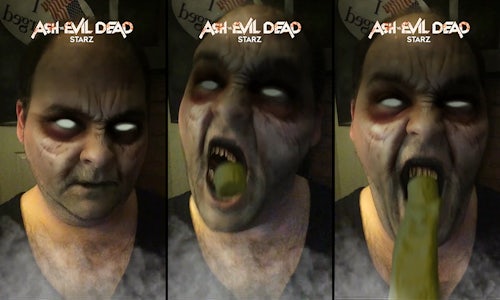 Two years ago, fans brought us back. They typed. Talked. Screamed. And wrote to lawmakers to bring back Evil Dead. It worked, so we owe these crazy folks a lot, including more and more of...us. In order to do that we needed to spread into the hearts and minds of more and more people. There's a direct correlation here. More people = more episodes. It's an interesting concept, so we got to work on this thing called marketing.

We needed eyes on the prize (us), and we needed to reach people in a new way. In Season 1, we conquered Twitter, Facebook, and Tumblr. For Season 2, we wanted a one-two punch of newness and cool. We started Groovy Toy Time with Instagram, but it needed a sister just as good from the inside out. We knew we wanted to do something innovative to reach a broader audience, but we weren't completely sure on where or how...

People are strange. While Ash is out there ridding the world of demons and Deadites, the rest of the world wants to be them. We don't get it, but that's life.

"How do we turn people into Deadites?" is something that's lingered on our minds since before we even started on this project. We're fans, and we needed the right partner and right opportunity to do it. This was a sacred creature in film and horror, and we couldn't just throw an idea together. With Snapchat, we found the perfect partner to realize our childhood dreams and deliver a long-wanted idea to fans new, old, and not yet hooked. Zombies are boring. Deadites will mess you up while cracking jokes. That's better. That's our story. And we swear by it. "Let's do it. Let's turn people into Deadites using a Snapchat lens." We had the idea, but implementing it was a bigger challenge than many might think.

"What's a Deadite? And how is it different from a zombie?" Easy questions for fans to answer, but maybe not for the uninitiated. Deadites are different from the typical undead. They've got attitude. And when they turn from normal to freaky their eyes go white, some weird stuff happens to lights, a fog might roll in, and worst of all they get really ugly, like you give me your number and I'll probably not call you, ugly. If you're lucky, they won't spew buckets of vomit on you before they tear your head off and stick it up your keister. In short, we couldn't just toss some weird discoloration on your skin with the lens and call it a day. Our bad people have character.

Finding the right mix of madness was key, and we tapped everyone from those who worked directly in production with the show and brand managers to partners and internal knowledgeable fans of the movies and show (a.k.a. nerds). Like online dating, we knew we only had a few seconds to grab our audience's attention, and we had to pack that to the brim with fun and authenticity.

We knew we found our winning formula when we tied the lens to the action. Not only would we kick on the fog machine, give people the haunting white eyes, and 'swipe left for no damn way' looks, but we'd allow everyone who dared to open their mouths a chance to vomit green sludge everywhere.

How did it perform? The numbers speak for themselves. Our lens earned 56.8 million impressions against 27.9 million unique Snapchatters, at a rate 5x higher than Snapchat's benchmark. The campaign hit high numbers in a highly desired demographic, too, with almost 10 million 18-24 year olds participating.

Additional post-activation research also revealed younger Snapchatters showed higher favorability after Lens exposure, and older Snapchatters became aware of our show. We even outperformed the average engagement of other horror lenses by 65%. This kicked ass for us across the board on all metrics.

Perhaps what we're most proud of, though, was that it worked! With the lens earning 22.5 million incremental views, the Season 2 premiere saw a double-digit growth in linear tune-in. 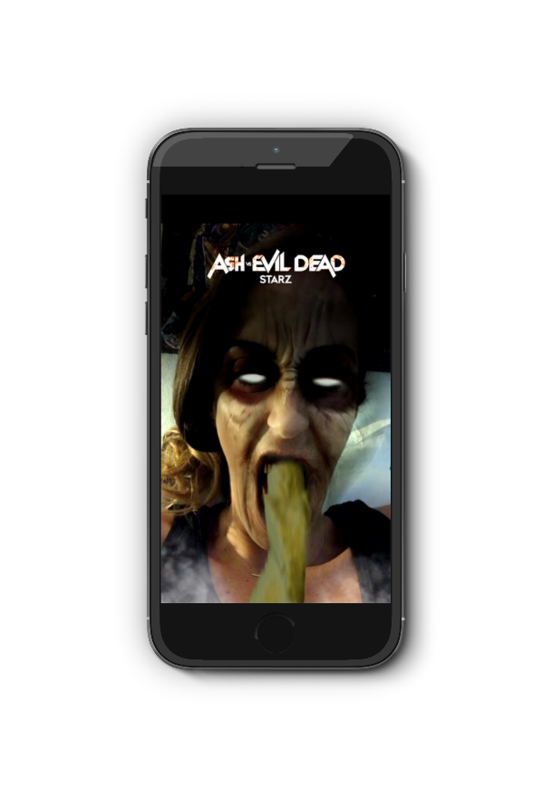 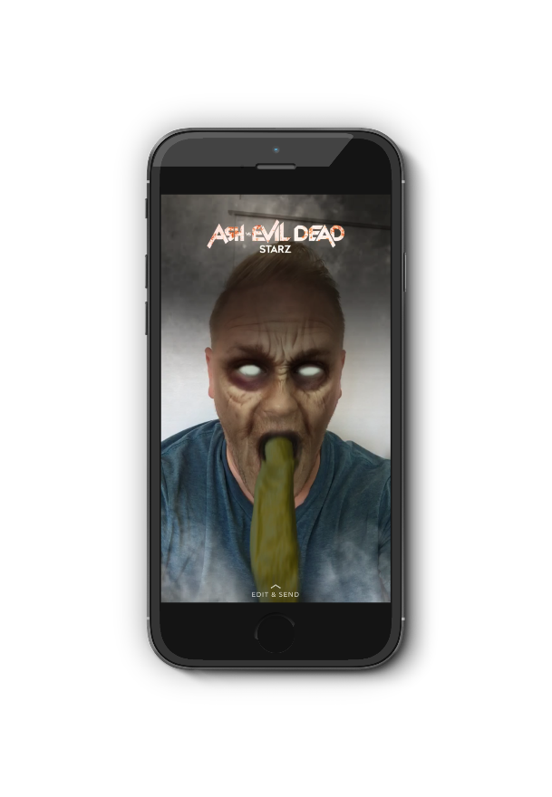 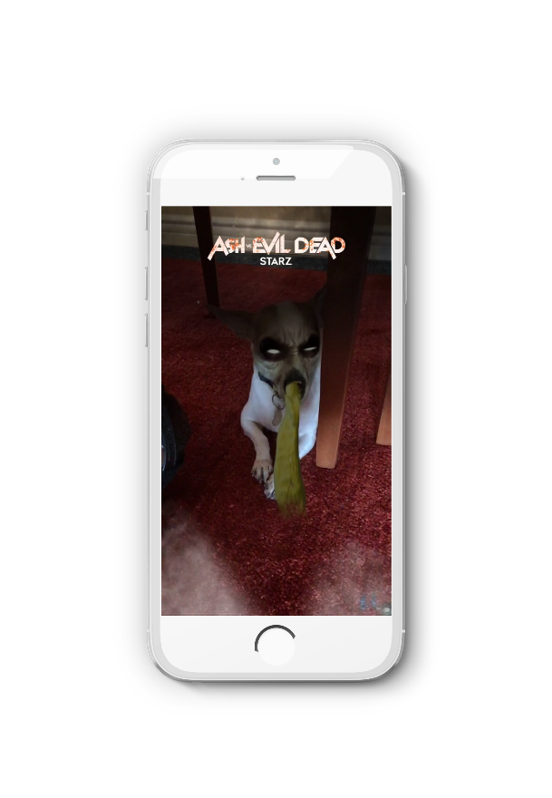 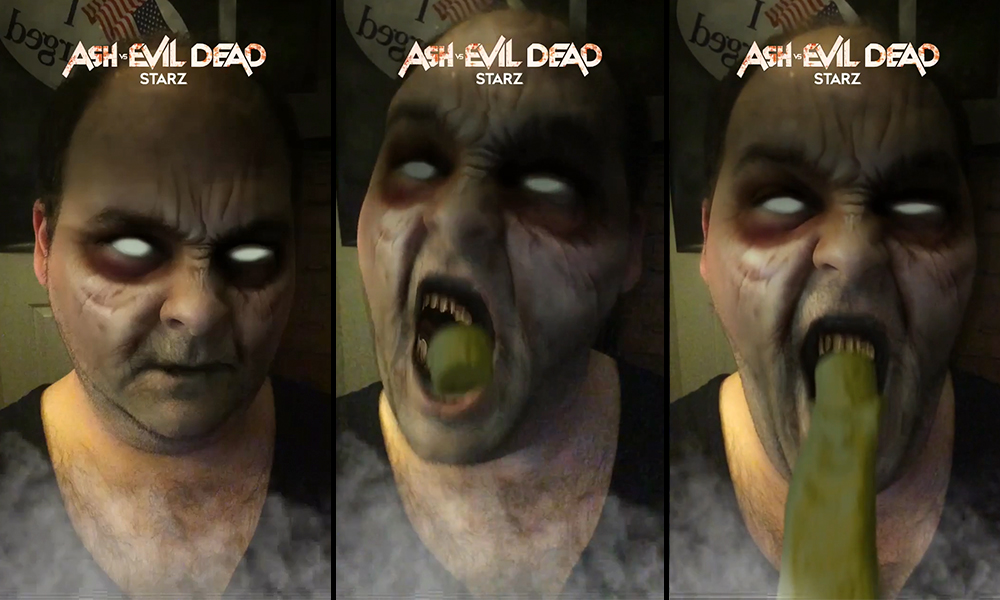