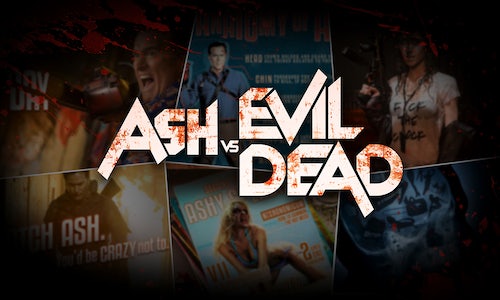 Ash vs Evil Dead - The Grooviest Social TV Campaign Ever

We're Ash vs Evil Dead, a TV show based on the Evil Dead movies that continues the story of loudmouth braggart Ash Williams as he battles the forces of evil. He's got a chainsaw on his arm and a double barrel shotgun that's almost as loud as he's obnoxious and simple. The man's got heart, though, and that mix is where we sit on social media. We're not Ash, but we've stolen his shoes and they fit pretty well.

We locked our persona down in Season 1 with our 1.3M+ Evil Dead followers across social routinely mistaking us for Bruce Campbell himself. Now what were we going to do? Unfortunately, we weren't going to be able to learn much from Ash himself. His approach to life is "Shoot first, think never!" and that wouldn't work when it came to marketing Ash vs Evil Dead on social.

To kick it off, we brought the cabin to San Diego Comic-Con for the second year. There, we debuted the Season 2 Premiere early for attending fans. Cosplayers were encouraged to take photos with Bruce Campbell and even got swag signed by the cast and crew. For fans online we released a 1980s-themed vintage poster, our Season 2 trailer, panel footage, 360 videos of the cabin on Facebook, a live stream with the cast, Q&As and live coverage on all platforms. We also launched our new Instagram channel featuring Ash vs Evil Dead action figures by NECA, and on Twitter, we released an #AshvsEvilDead chainsaw emoji summoned by hashtag use.

Speaking of Twitter, we reignited the #Ash4President campaign to make America groovy again with a newly-designed website and brand new social content, and live tweeted during key events with real-time assets. The King even starred in his own campaign videos and we sent our subjects swag boxes so they could campaign from home.

For International Beer Day, we served a series of Shemp's Beer ads, trolled beer brands tweeting about the holiday, and released a series of mockumentary-styled parody videos.

Around premiere we began activating with partners. With Nerdist we chainsawed stuff requested by fans in a Chainsaw-a-Palooza livestream on Twitch and Facebook Live. On Reddit, Bruce conducted an Ask Me Anything Q&A that garnered 16.1K upvotes and 20K comments.

Tumblr hosted an Answer Time, Premiere screening and Q&A. Answer Time received 1.4K questions and we gained an 840% increase in followers. On top of that, the Tumblr team live tweeted and Snapchatted the event, resulting in 53.6k snap views and 824k Twitter impressions. In total, the activation had almost 4M impressions! On Snapchat, we released a Lens which was played/swiped 32M times and viewed 23M times. This surpassed Snapchat's plays/swipes goal by almost 25M impressions. Groovy.

With Season 2 underway, we continued broadcasting livestreams, Q&As and collaborated with Collider for an #AfterAsh show. But our biggest drivers were our killer social content. We improved on our successful quote cards and GIFs from Season 1, uploaded a steady stream of GIFs on Giphy for all platforms, and partnered with the company to bring illustrated animations to our fans, designed by their own Giphy Artist Studio. The illustrated GIFs have collectively pulled in 16.4M views and counting, with each GIF averaging around 1.1M views! Giphy even created GiphyCam lenses for us which were engaged with 88K times and would live tweet with us during our shows.

Each success proves that we've really nailed the voice of Ash Williams and the fans dig it. So let's go back to the very beginning. Fans confuse us with Ash Williams ALL. THE. TIME. and for good reason! We're his social media team -- we get the jokes, the lingo, the groovy quotes and the infamous sayings. We love communicating with our fans, because well, we're fans ourselves. Strip away all of the fancy videos, pretty pictures and flashy GIFs and this is what we're all about -- the voice and engaging with our fans. We have fans that come to our page just to read through the comments and we find ourselves doing the same!

The fans loved the Ash vs Evil Dead Season 2 creative, and not to toot our own horn (okay, maybe), but we thought it was pretty kick ass too. We hope that you enjoy and get a few laughs in along the way. Kick off your shoes and grab two cans of Shemp's because you're in for a groovy ride. 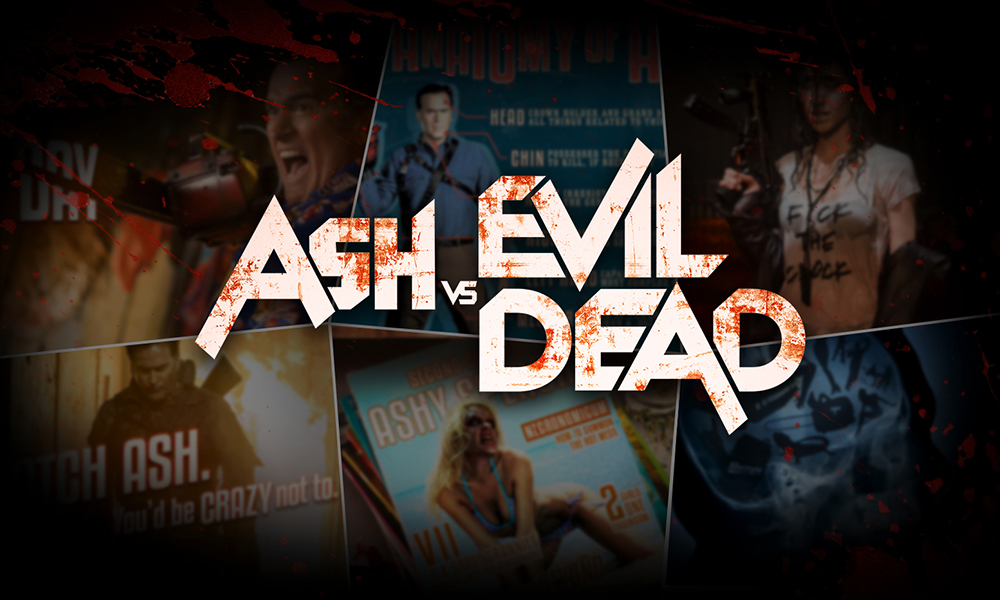