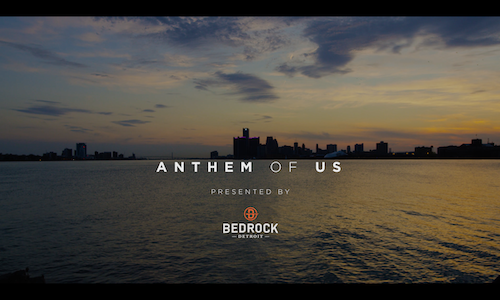 The objective of this production was to create a counter-narrative to the story that the public has become accustomed to hearing, that Detroit is a broken down city characterized by blight, poverty, and unemployment. In addition to dispelling the overwhelming belief that Detroit has nothing good to offer, our intention was not to take the popular route, which is to illustrate Detroit as a comeback city. While the city has undeniably made incredible strides to rise from the hardship-stricken area it was once described as, we felt that it was important to create a film that chronicled where Detroit is going, not where it has been.

We believe our greatest triumph, however, was providing the people of Detroit a film they could really feel proud watching. We wanted a film that residents, commuters, and lovers of Detroit could watch and feel honored to have a connection to this great city- and that objective was met with astounding success. Bedrock as a company is a Detroit resident who is resilient, innovative, creative, and open-minded, much like many of the viewers who connected with this short film. This film is Bedrock's stake in the ground, letting all who watch know that we love and understand this city as much as they do. We want to do what is best for continuous growth and pledge an unwavering loyalty to our tenants, employees, patrons, businesses, and the city of Detroit as a whole.

Beyond instilling a sense of pride in those already connected to Detroit, we sought to cast a wider net in an attempt to educate and enlighten the global community on the rich culture blooming in Detroit. We leveraged local influencers like Shinola, Detroit Bikes and the creator of Slow Roll (a local bike tour phenomenon) in pairing striking images to an inspirational, unscripted and powerfully honest narrative. Big Sean lent his celebrity and honest love for his hometown to make an emotional endorsement that ultimately earned media impressions across print, broadcast and online media to our social-based distribution strategy. Like the growth we've been proud to be a part of in Detroit, we relied on organic reach to communicate our point of view, which combats common misconceptions suggesting Detroit's glory days are behind her. Only after the video generated some 500,000 views on its own did we activated a paid strategy to add a layer of engagement.

With the help of social shares from influencers such as Big Sean, Pure Michigan, and Quicken Loans, Bedrock was able to garner a 100% organic outcome that included a reach of over 577,000 people, more than 6,700 Facebook shares, 310,000 video views and over 3,500 likes. This was only on the first Facebook release of the video alone. Factor in over 100,000 YouTube views and tens of thousands of more views through later date promotional ads and Bedrock is proud to categorize Anthem of Us an overwhelming victory.

While the numbers are impressive and certainly represent the quality of a great production, the real joy comes from the hundreds of amazing comments that truly show how this film was able to make its viewers feel.

"Detroit you have always had my heart! <3 Amazing video and representation of our beautiful city! The BEST is yet to come!! #AlwaysHome"

"This made me tear up. So proud to be born and raised in Detroit. There's no place like it."

"This is one of the greatest short videos on Detroit I have seen. It reaches out to not one specific race or company it shows a city that is coming together as a people! Isn't this what we are longing for as a city! Great job Bedrock!"

Video for Anthem of Us 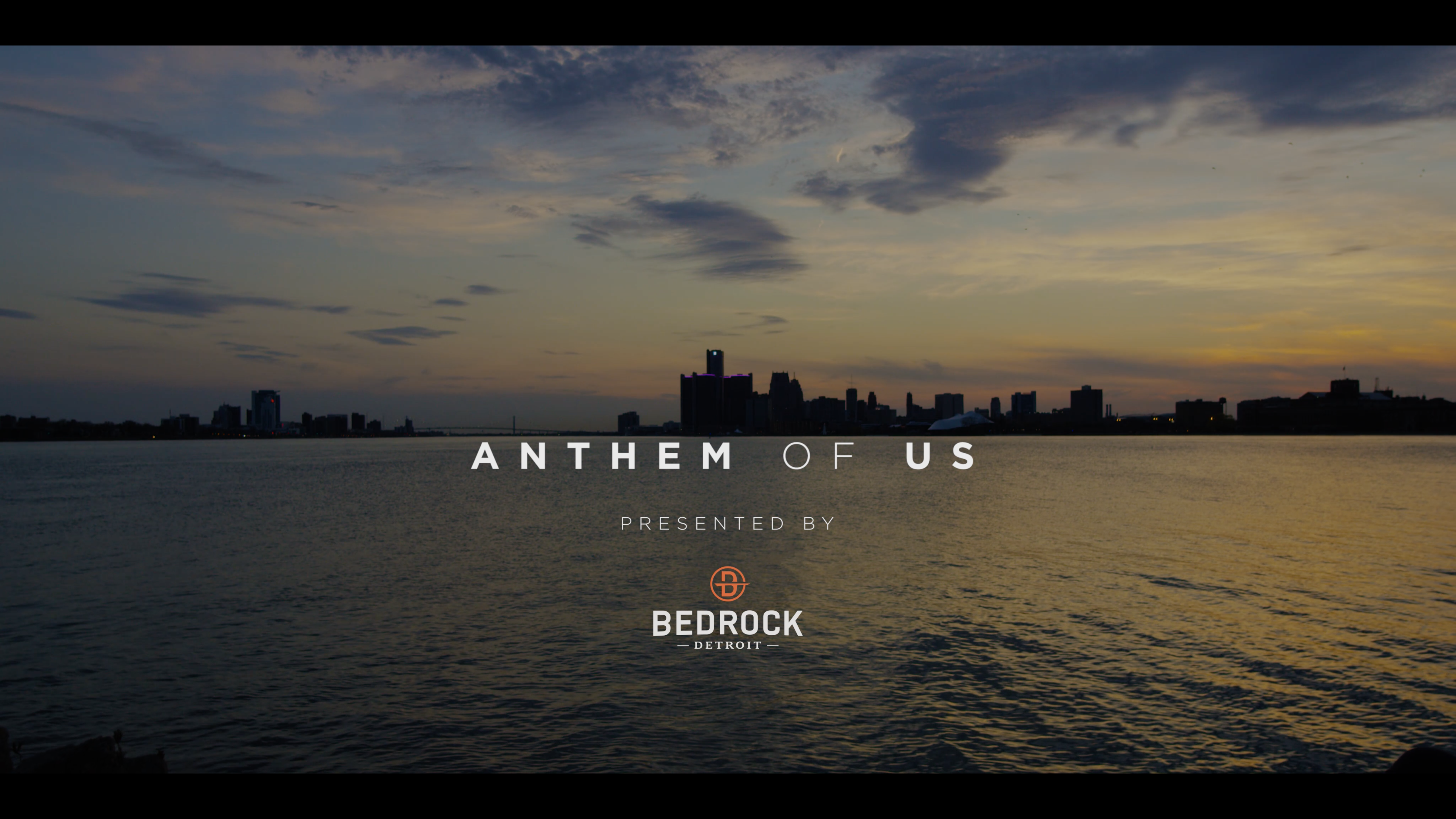