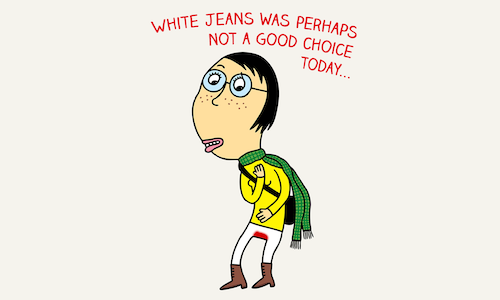 Heavy menstrual bleeding is one of the most common symptoms of uterine fibroids – non-cancerous tumours composed of muscular tissue in the uterus. Up to 40 % of all women will at some point in their life get the disease. The same number of people have never heard of it. That is why uterine fibroids is referred to as Sweden's most unknown women's disease. Many suffer unnecessarily, sometimes for many years.

How can we raise awareness about a disease whose main characteristic is the abstract fact that women bleed more than 80 milliliters during menstruation?

In order to raise awareness of uterine fibroids and its symptoms we wanted to reach out to as many women as possible. Since many women are unaware of the fact that heavy menstrual bleeding can be a sign of the disease we decided to highlight the problem and make it a concern for all women.

To be able to reach out to a broad audience we used a mix of traditional PR and social media. Our key insight was that women who bleed heavily are limited in their everyday life.

We started 80ml - an initiative highlighting what is normal and what is not when it comes to periods. 80 millilitres refers to the medical definition of a heavy period. We identified situations that most women can recognize during menstruation and collaborated with some of Sweden's most renowned and controversial cartoon artists to illustrate them.

With the aid of the illustrations we developed a self-test where women answered questions about their period to find out whether they were in the risk zone. Thanks to the good-humoured imagery depicting situations many can relate to, we created widespread involvement which in turn helped increase awareness about uterine fibroids.

We launched 80ml on Menstrual Hygiene Day. By turning to women directly via social media, we managed to get a dialogue going about periods and uterine fibroids.

In social media we reached our target audience in a relevant way, as well as participating in the debate regarding periods and women's issues which is already an ongoing topic. To drive traffic to the test, we developed targeted ads on Facebook and Instagram that continuously was analyzed and optimized in order to maximize their performance.

By using different ad format such as slide shows and video ads, the concept was able to stand out in social media.

80ml got a lot of media attention and the campaign has sparked engagement beyond expectations on a taboo subject. The main goal of the campaign was to raise awareness of uterine fibroids and its symptoms. We strove to reach as many of the 1,5 million Swedish women aged 30-55 years as possible.

The qualitative objectives were to:


The quantitative objectives were to:

• Achieve media attention in broad media, as well as in the segments health and lifestyle to reach the target audience

• 5,5 million people were reached by traditional media in editorial context

The campaign has now gone on exported across Europe in order to raise awareness of uterine fibroids. 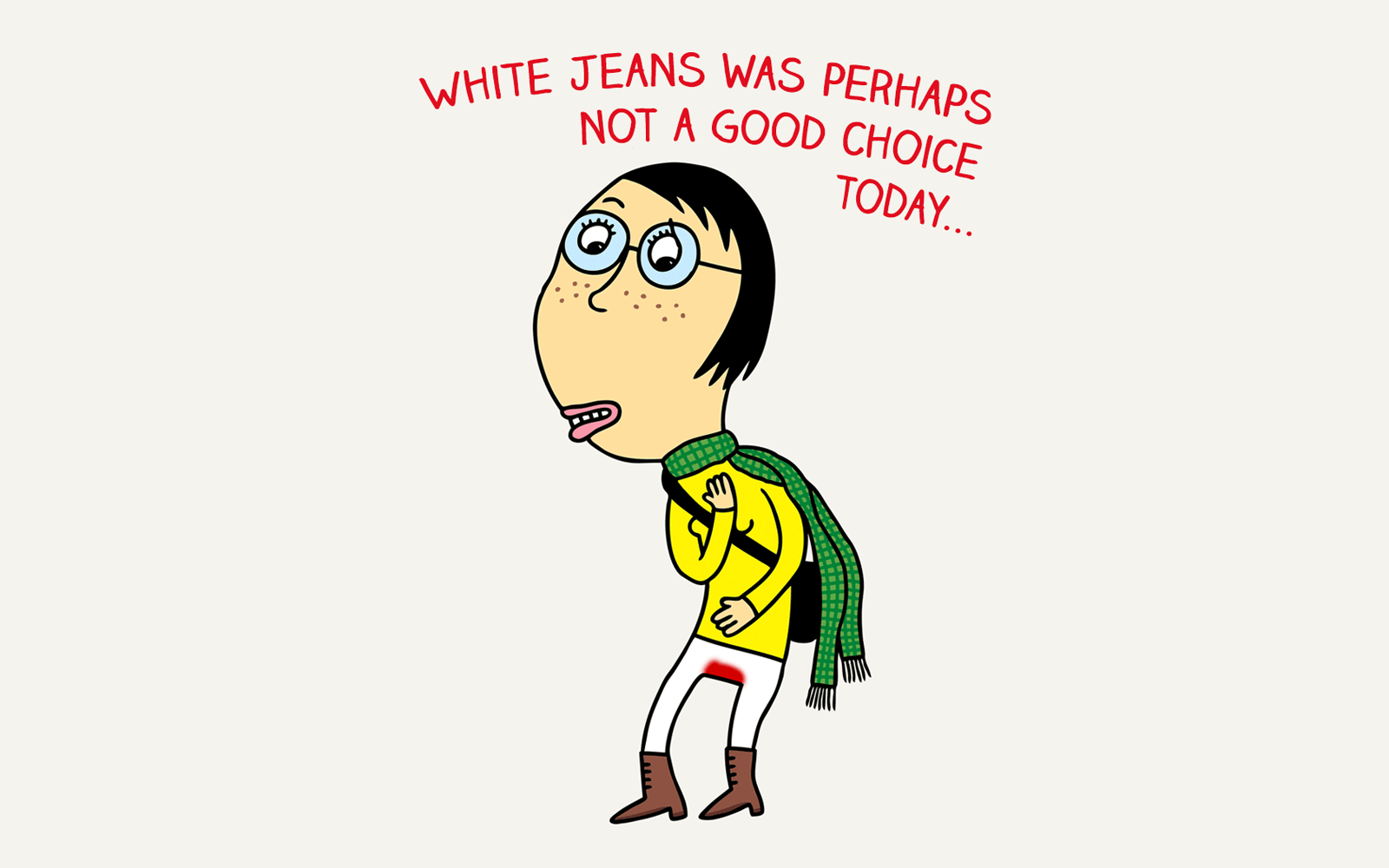 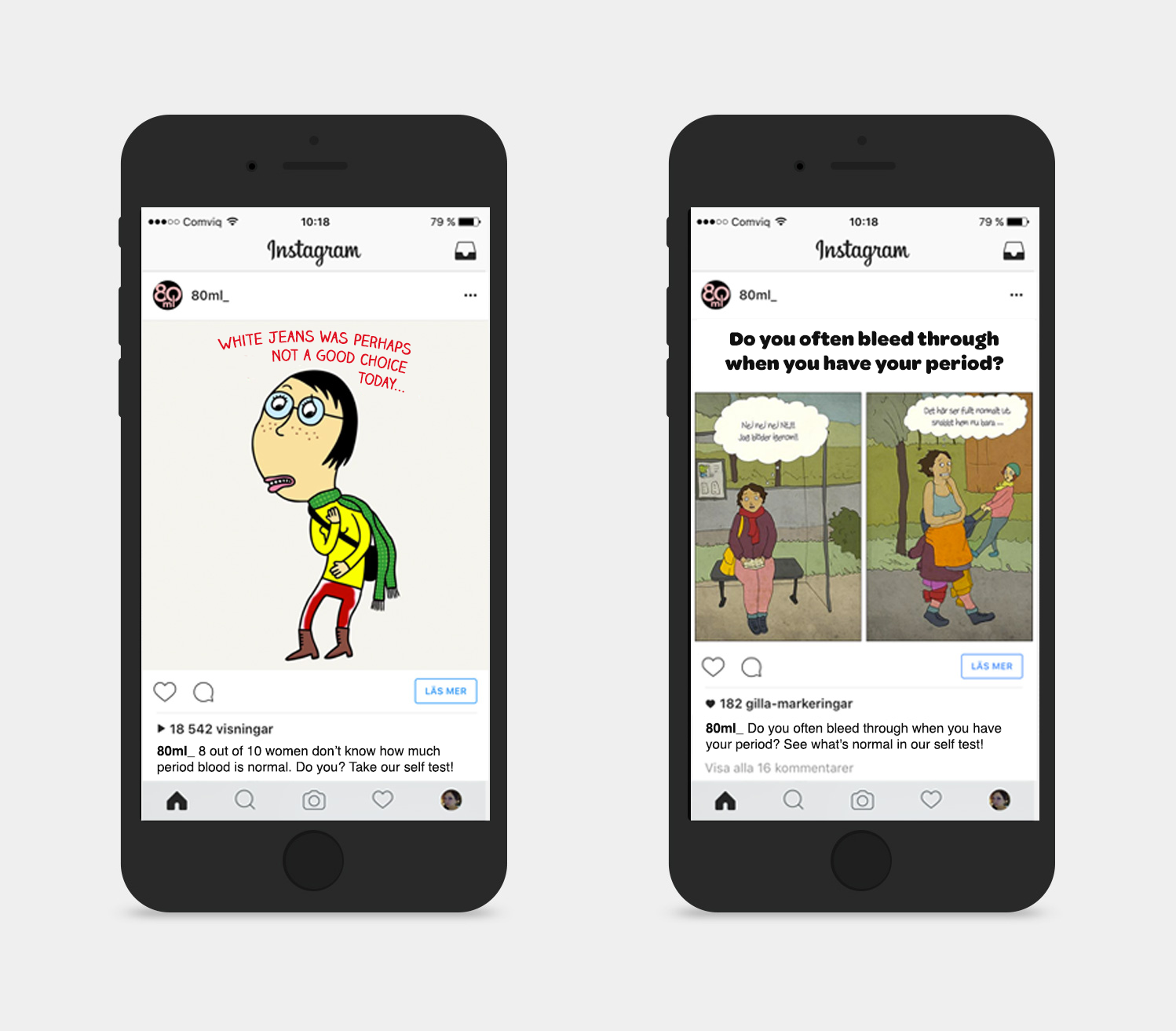 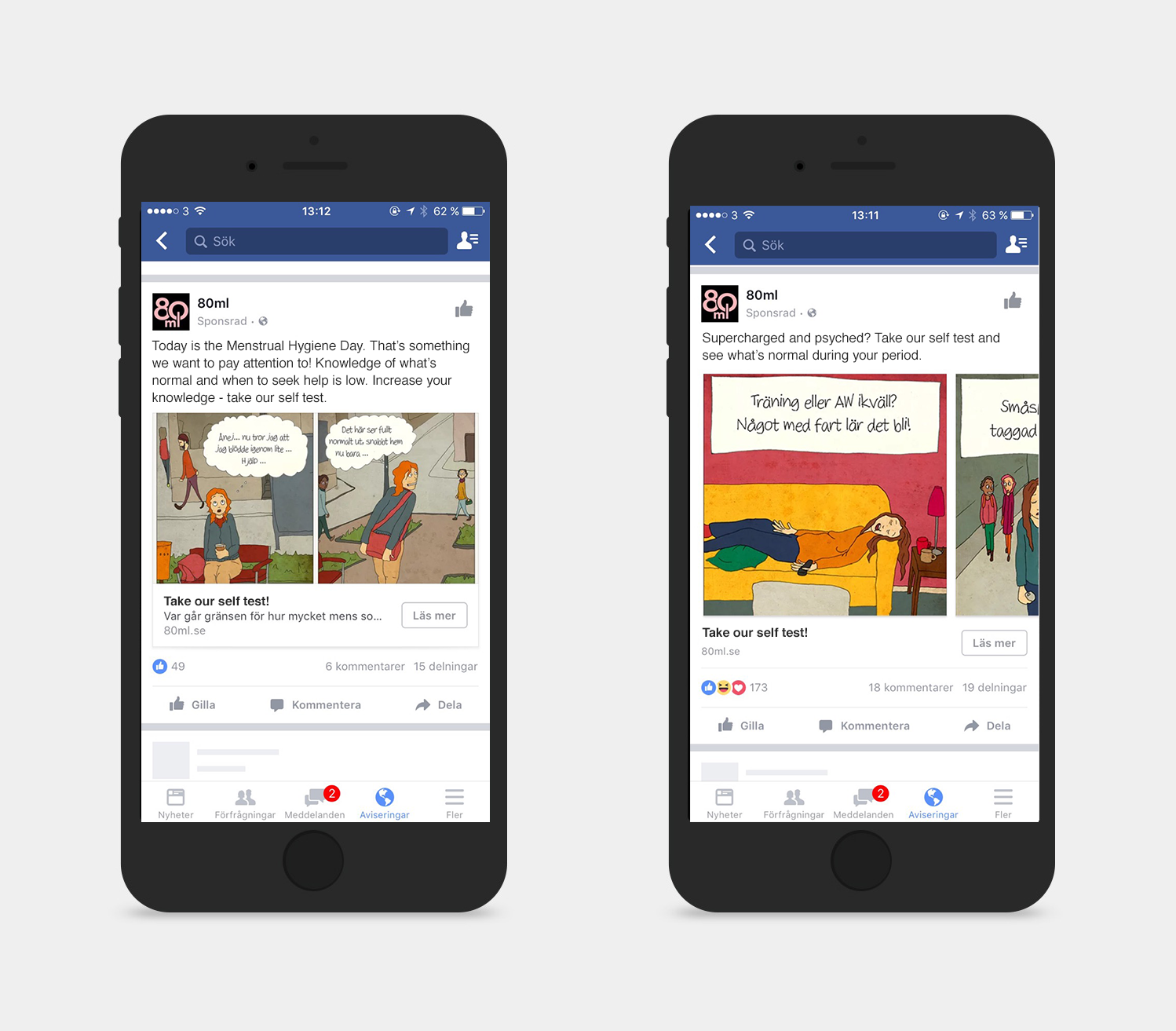