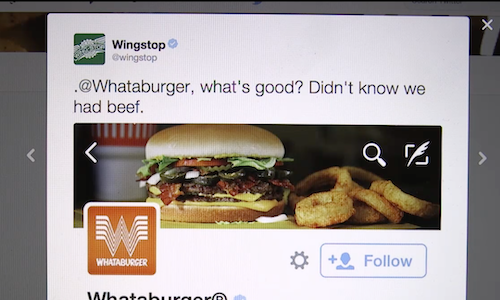 Leverage current pop-culture events & trends, and Wingstop's brand authority to make a big splash out of a social observation.

Wingstop and Whataburger are both iconic Texas restaurant brands, and when we noticed that Whataburger blocked Wingstop on Twitter, we knew there was an opportunity to do something that would entertain both brand's communities. Taking inspiration from the Nicki Minaj, Miley Cyrus beef at the VMAs (a conversation that had been trending in the Wingstop community since the event) Wingstop called Whataburger out and started a beef the size of Texas.

We also knew that to tell a complete story, there had to be an ending, and Wingstop needed to come out on top. So we pulled out all the stops. We made t-shirts, custom packaging, and signage, and we had the branded food truck and the Wingstop CMO drop in to Whataburger HQ to #SquashTheBeef.

This is a study in the power of a single tweet. Not only did it set into motion the events described above, but achieved results that speak for itself.

51,000 conversations about Wingstop on the day our first tweet went out, more than double brand conversation for the Super Bowl (and we're a wing place, so that's saying something). 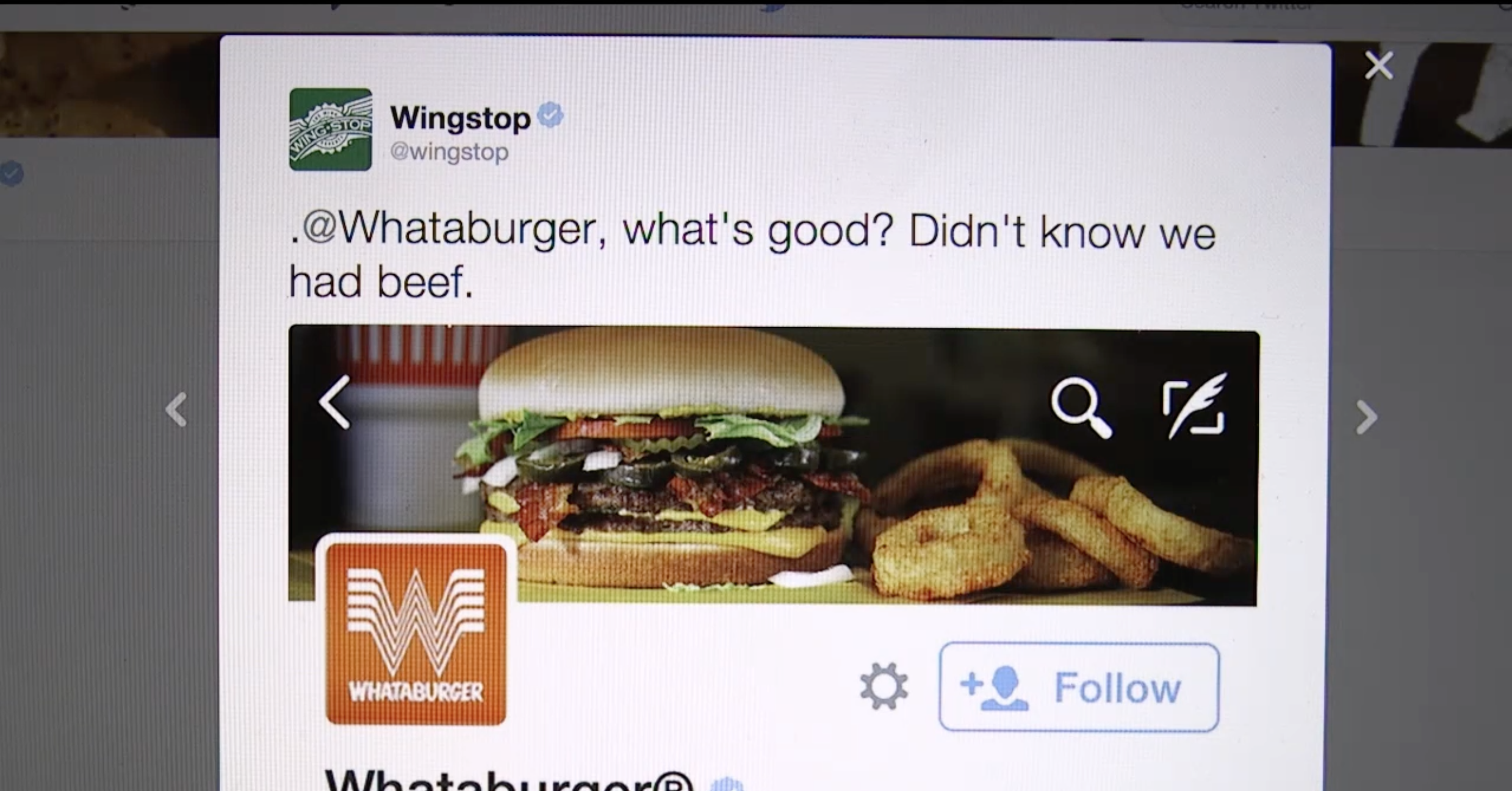